Inside the time warp house where ex-Royal Navy sailor, 89, has left decor untouched since 1948

A former Royal Navy sailor who has lived in the same house since 1948 has claimed he has saved thousands by leaving his decor untouched.

Doug Bethel, 89, from Liverpool, Merseyside, still lives in the house he grew up in with his parents and six siblings after they bought the five-bedroom semi-detached terraced house 72 years ago for just £800.

After leaving the Royal Navy, the retired gas engineer, who never started a family of his own as he was often away at sea, returned to live with his his mother and father until their deaths in 1976 and 1988.

Determined to keep as many happy memories in the house as he could, Mr Bethel has not altered anything in the house for more than 60 years and still has his childhood bedroom intact, the original kitchen and cooker and no central heating – using only coal fires to heat the property until last year.

Doug Bethel (pictured), 89, from Liverpool, Merseyside, has left the house his parents bought  72 years ago for just £800 untouched 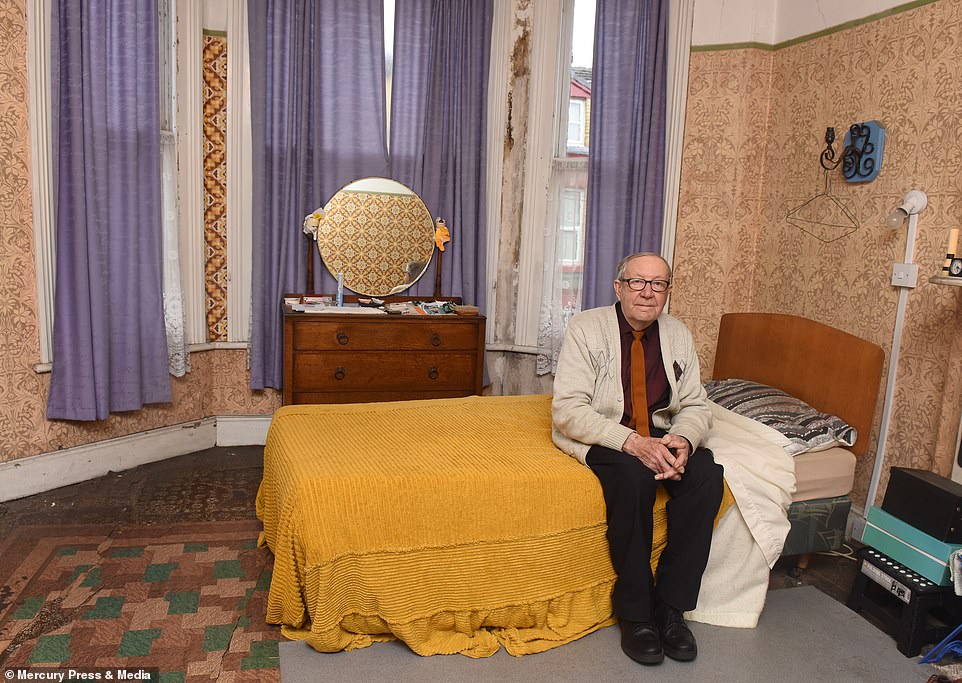 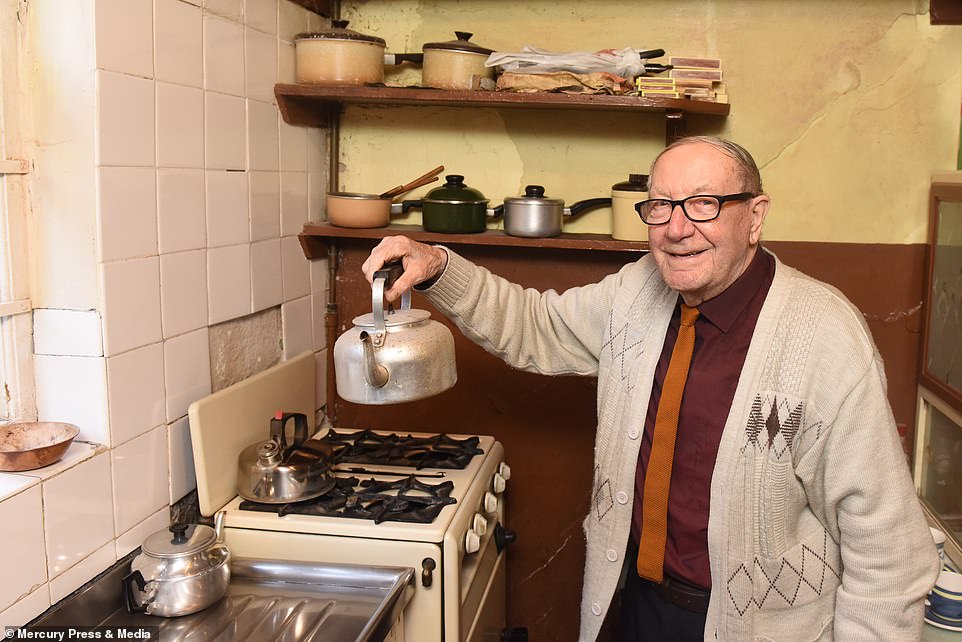 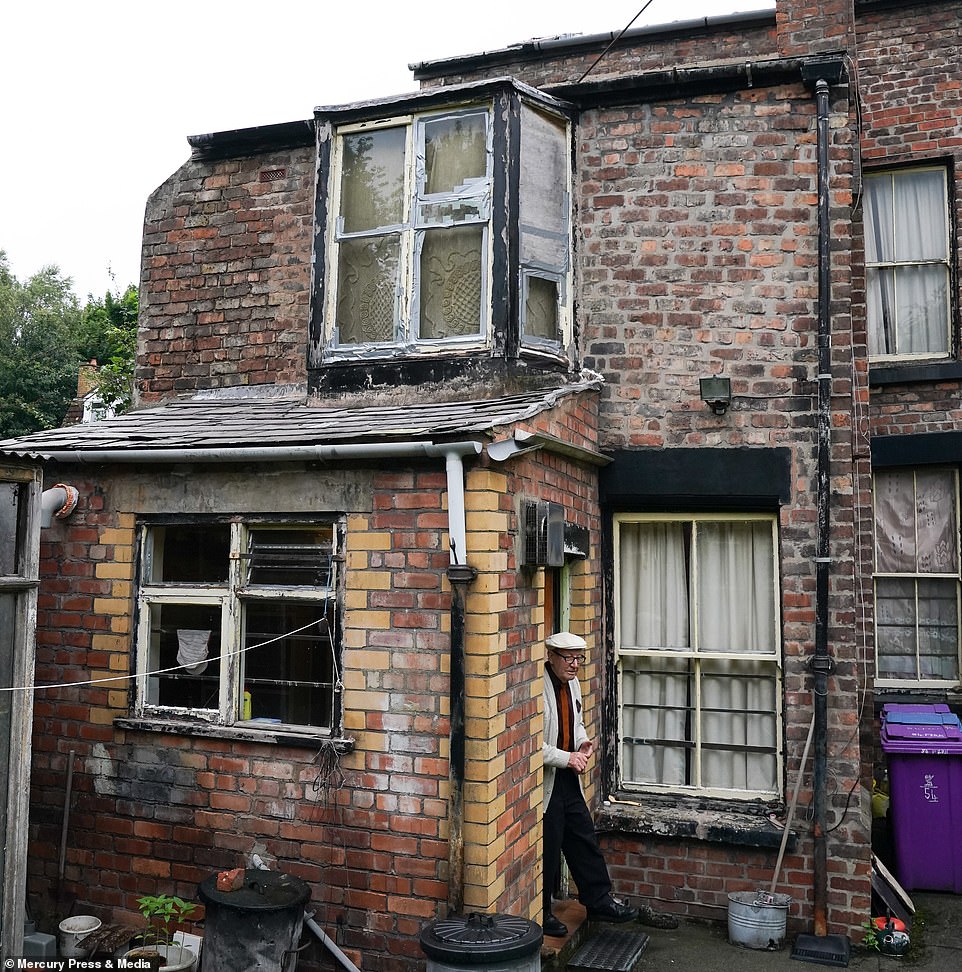 Mr Bethel, who is determined to keep as many happy memories in the house as he can, and used only coal fires to heat the place until last year

Mr Bethel said: ‘The bedrooms are still the same as what they were when we were kids, and we’ve got all the original doors, ceilings and floors that came with the house when we bought it.

‘My parents changed the wallpaper but apart from that they barely touched it either.

‘It was only 10 years ago that we had the electrics changed from the old plugs that we’d had since 1950 to the modern system with the three prong sockets you see today.

‘We’ve still got some of the old two prong sockets dotted about.

‘A lot of the furniture is very old and mostly are my parents’ wedding presents like the chairs and clothes drying rack.

‘I still use their wedding knife to cut loaves of bread.

The best times of our lives were the 50s when I was growing up here.

‘Beer was 10p a pint, I used to come out of the pub and there would be a wall of women sitting and waiting for us to give them a wave. They couldn’t resist us in our navy uniforms.

‘Today anyone that comes over is stunned and they fall in love with the place, they say what a beautiful and fascinating house, or tell me they have never seen a house like this.’ 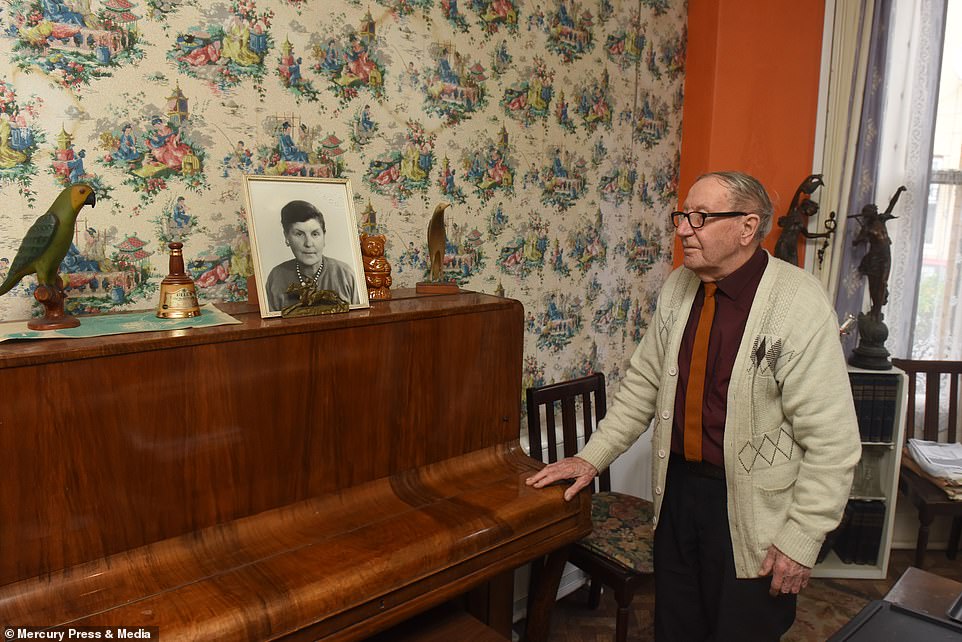 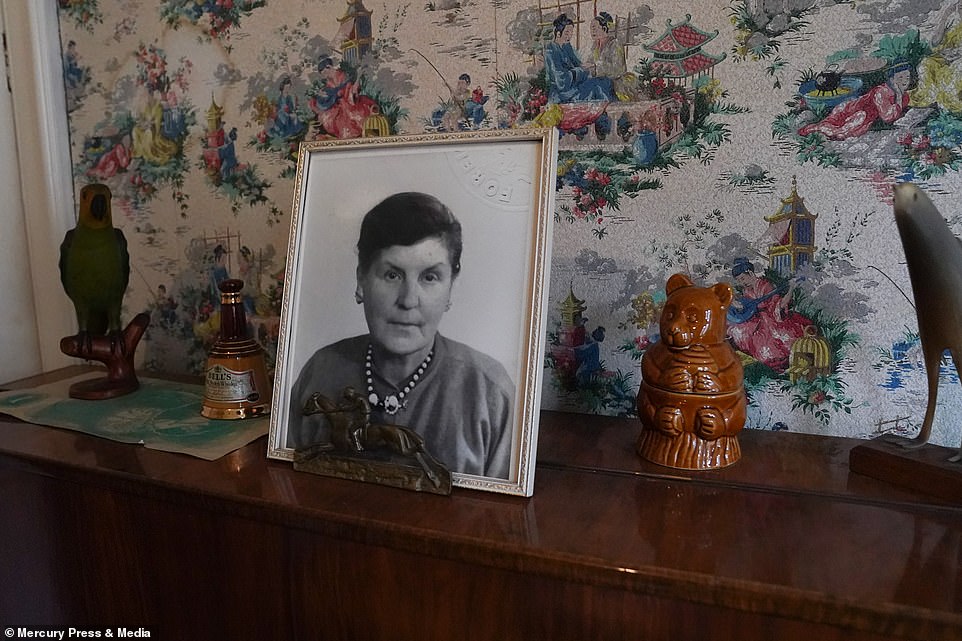 Mr Bethel, who moved back into the property after leaving the Royal Navy, said the house contained a lot of old furniture and his parents’ wedding presents. Pictured: Mr Bethel’s mother Jean 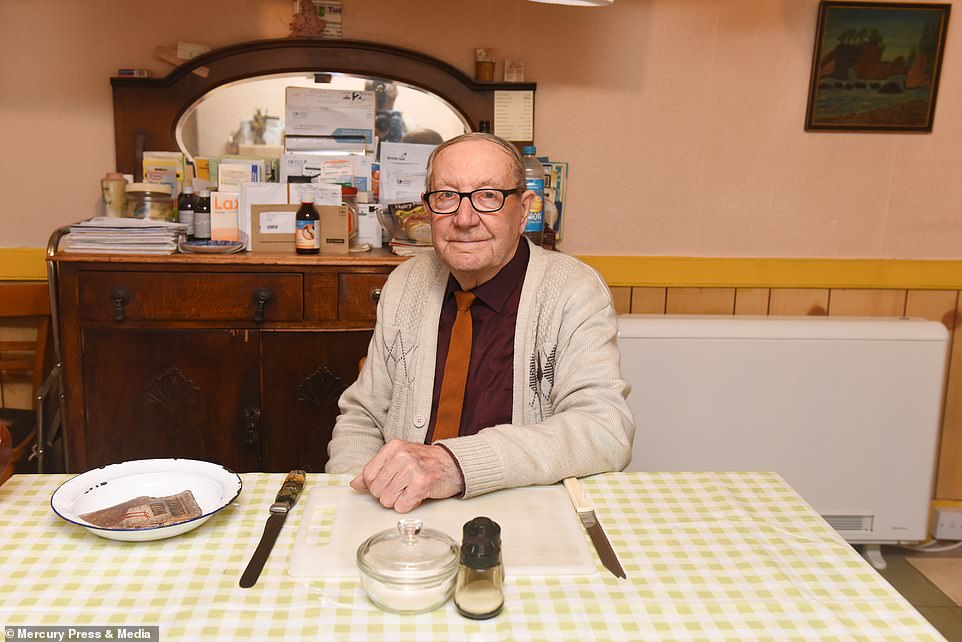 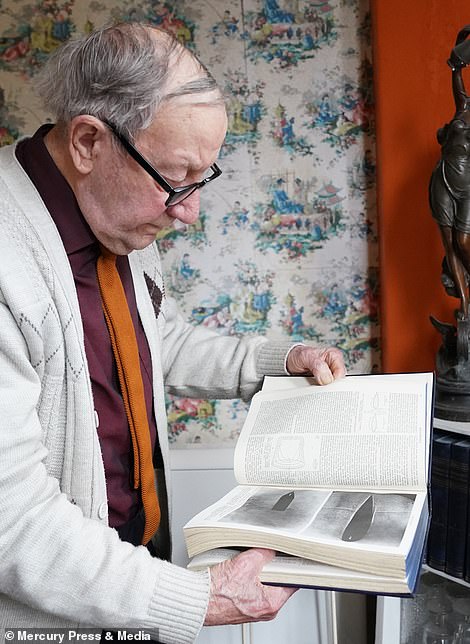 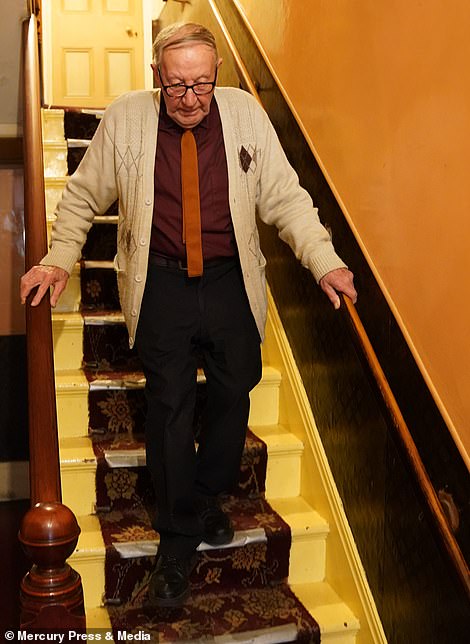 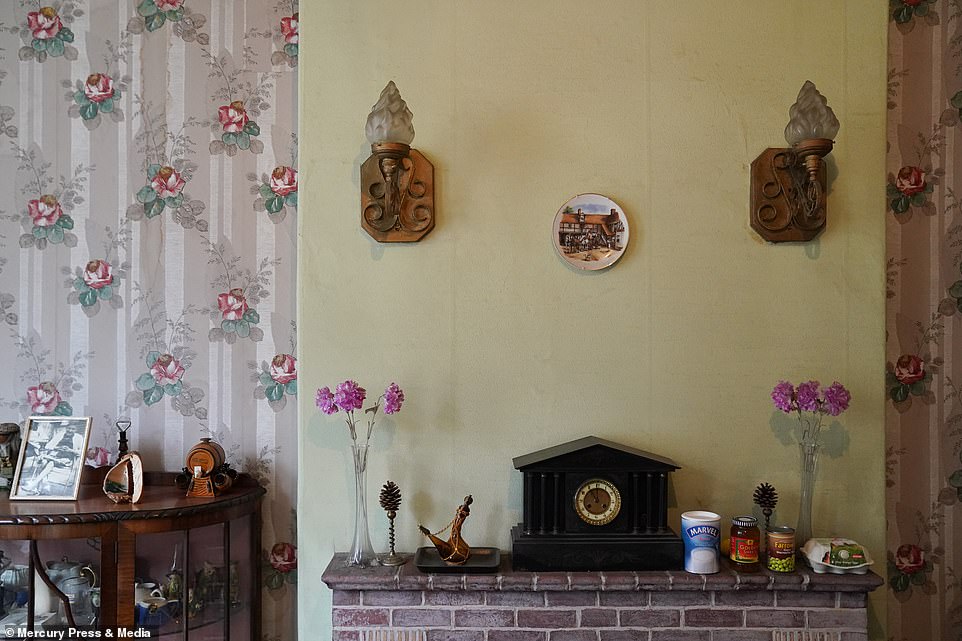 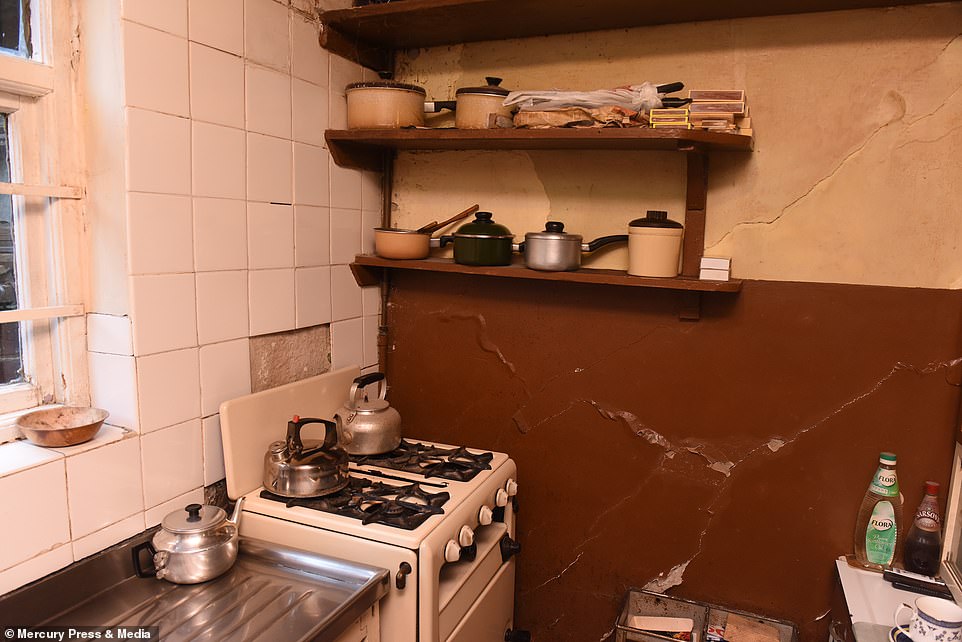 During his time as a naval seaman, Mr Bethel worked the radars on a destroyer called HMS Rapid, but when he came home he started to work for his dad as a bricklayer.

Eventually he joined the gas board as a storeman doing fitting and servicing work, but stayed with his parents at home until they died and now he shares the place with his younger sister, Brenda, 86.

Since it was built in 1897, the house has survived two explosions – one during the Second World War when a bomb hit a nearby house on the street, and another in 1986 when the next door neighbours’ had a gas explosion.

But the place is still standing the test of time and despite admitting it gets freezing cold in the winter, and cracks are starting to surface, Mr Bethel says he still wouldn’t change a thing.

He said: ‘The kitchen is my favourite part of the house, it still has the original cooker which works just the same as it did when we first moved in. 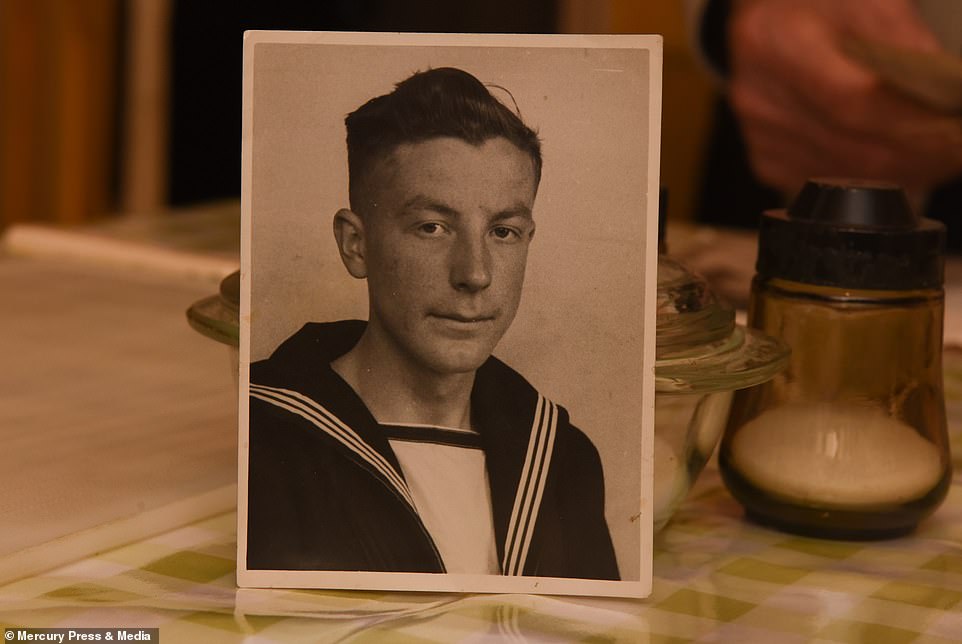 During his time as a naval seaman, Mr Bethel (pictured in his Navy uniform) worked the radars on a destroyer called HMS Rapid. He eventually came home he started to work for his dad as a bricklayer before going on to join the gas board 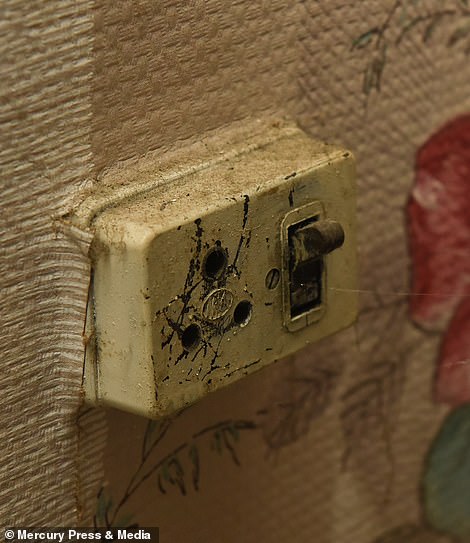 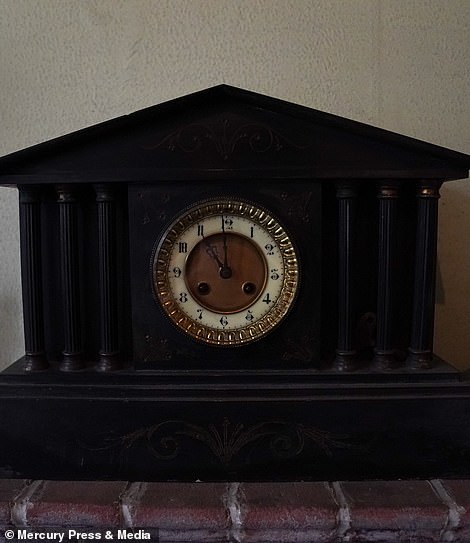 The house, which has survived two explosions – one during the Second World War when a bomb hit a nearby house on the street, and another in 1986 when the next door neighbours’ had a gas explosion, still features the original electrical sockets (left) and a vintage clock (right) 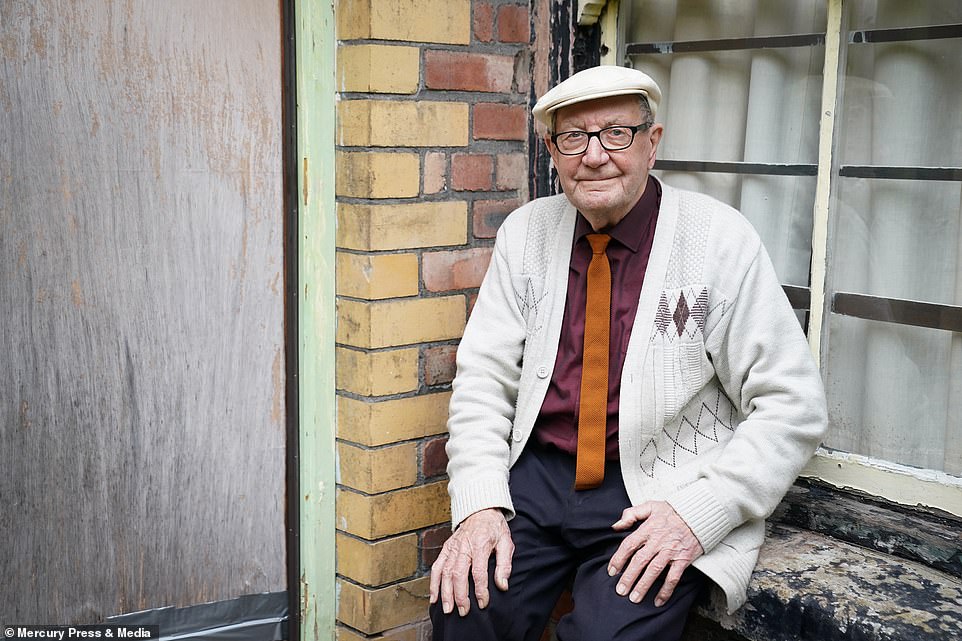 ‘It gets freezing cold in the winter but you just shove a blanket on and get on with it, it doesn’t bother us.

‘We must have saved thousands over the years never redecorating or spending money on furniture.

‘I like things as they are. It’s all falling down but it’s still standing for now and we love living here.

‘It’s better than a timewarp, I get to relive the best times of my life living here. We have so many happy family memories of parties with my parents.

‘It’s my home and always has been.’