Inspector strangled wife when she learned of his secret £54,000 loan

To his friends and family, police inspector Darren McKie appeared to have it all.

A blonde wife, three beautiful children and a newly renovated home in one of Cheshire’s most sought-after towns.

Chronicled in posts on social media, the apparently perfect middle-class lifestyle of McKie and his wife Leanne included dinners at top restaurants, £4,500 holidays abroad and a £435,000 luxury home with expensive appliances and fittings.

The couple each had successful careers and drove smart new cars, while their children enjoyed a variety of afterschool clubs, including ballet, tennis and cricket.

But behind the Facebook gloss, McKie, 43, an officer with Greater Manchester Police, was struggling to pay for the trappings of their charmed way of life.

Unbeknown to his wife, McKie, who was in charge of their finances, had secretly racked up £115,000 in debts, allowing the family to live way beyond their means for years.

Chester Crown Court heard that matters came to a head when the officer secretly applied to borrow £54,000 in his wife’s name.

Mrs McKie, 39, a part-time detective constable in the same force, found out and was furious. On September 28 last year she confronted her husband, branding him a ‘liar’ in a series of angry texts, causing McKie, who was a martial arts enthusiast, to flip and kill her with his bare hands. McKie was desperate to hide his debts and killed Leanne, pictured with their three children, when she discovered he had secretly applied for a huge loan in her name 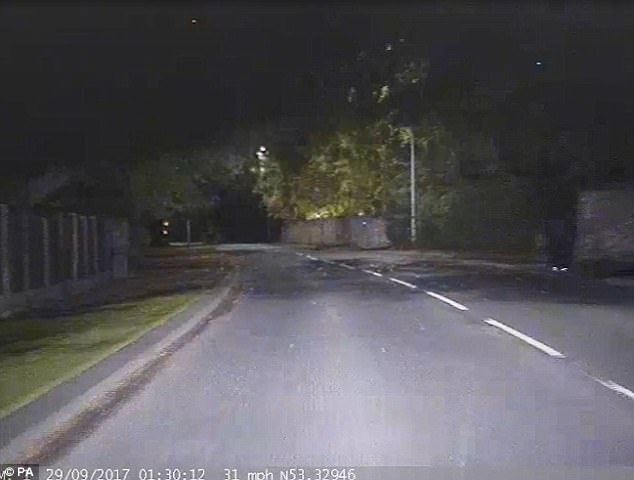 A pathologist told the court Mrs McKie suffered injuries to her neck akin to a karate chop, although he said a prolonged period of strangulation actually killed her.

McKie initially denied killing his wife and blamed a mystery man. However, faced with overwhelming evidence he admitted manslaughter half way through the trial, but continued to deny murder, saying he never intended to cause her serious harm.

Yesterday, however, a jury found him guilty after nine hours of deliberations. He closed his eyes, but remained stony-faced as the foreman delivered the verdict, while relatives of the couple wiped away tears. McKie will be sentenced on Tuesday.

Police believe McKie feared he would lose everything – including his job – if his wife reported him for fraudulently applying for the loan without her knowledge. 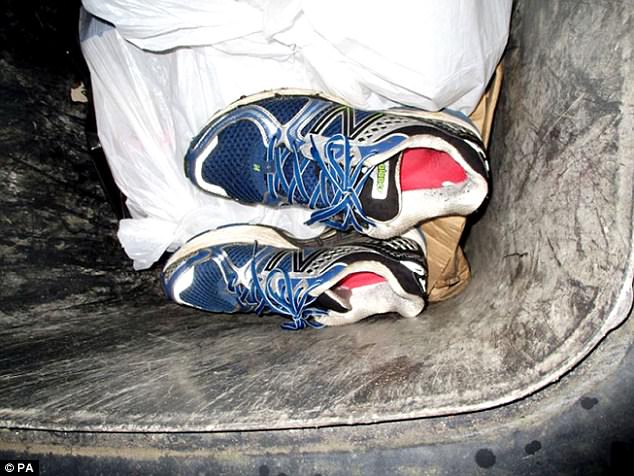 After the murder, McKie used his police knowledge to try to cover his tracks. He hid his wife’s body in the boot of her Mini, then tried to carry on with life as normal, even keeping an appointment with a surveyor less than an hour later.

He went on the school run to pick up the couple’s son and two daughters – aged between 11 and two – and cynically sent texts to his wife’s mobile phone saying he was ‘worried’ she hadn’t come home.

Then, when the children were asleep, he sneaked out under the cover of darkness and dumped his wife’s body in a lake eight miles away. Afterwards McKie drove part of the way back in her car before abandoning it and continuing on foot.

He might have got away with it had officers on a routine patrol not spotted him at 1.30am as he walked home.

Panicking, he lied that he lived nearby, but dumped his muddy, blood-stained trainers in a wheelie bin just in case.

The same officers grew suspicious when they spotted him again 45 minutes later walking in his socks and insisted on driving him home.

McKie lied that he had been out looking for his wife who had not come home from work as expected, so the officers agreed to make enquiries back at the station.

But within minutes reports came through that a female body had been found by an angler and they returned to arrest McKie.

The court heard that at the time of the killing the couple, who met at work and had been married for 13 years, were in dire straits.

Despite earning £3,900 a month between them, their income was nowhere near enough to finance the lifestyle they wanted and saw being enjoyed by their friends and neighbours in the affluent Manchester commuter town of Wilmslow.

After their mortgage and all their other debt repayments, the couple were left with just £80-a-month to live on – nowhere near enough to run a home and feed a family of five. In fact, prosecutors said, they were facing a staggering £1,600 shortfall every month and – in the seven months before the murder – spent almost £58,000 more than they earned.

In February last year, with the help of a £300,000 mortgage, the couple had bought a £435,000 detached home in need of renovation with the fourth bedroom Mrs McKie was desperate for. On top of the mortgage, they had £115,000 of debts, with several bank accounts and credit cards in the red.

Up to £70,000 was lavished on building work to transform the property into their dream family home, which even had its own account on the photo-sharing site Instagram. Walls were knocked down to create an impressive kitchen-diner and pictures posted by Mrs McKie included those of high-spec white gloss kitchen cupboards, underfloor heating and an island with £3,500 granite worktops that wouldn’t have looked out of place in a footballer’s mansion. 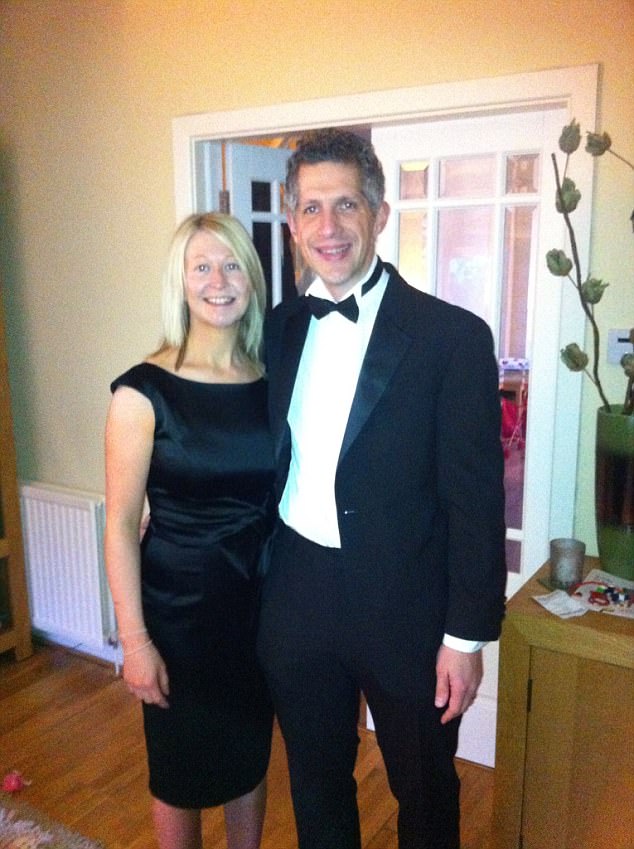 Darren McKie, 43, murdered his wife Leanne, 39, after she discovered he was taking out loans in her name 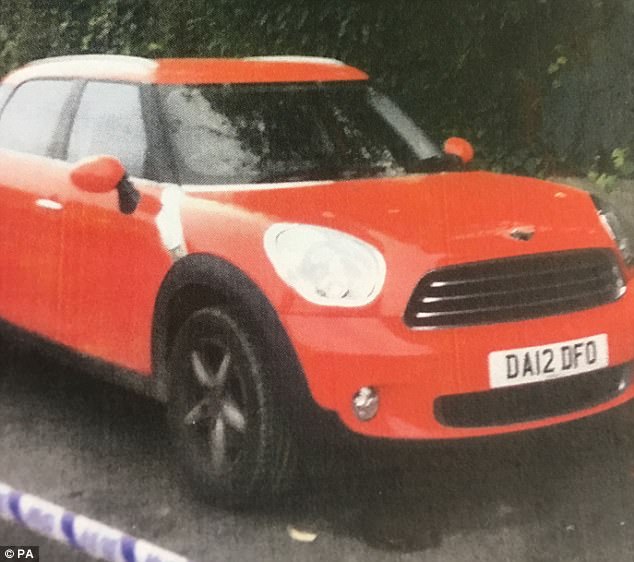 McKie dumped his wife’s body in her red mini, drove her to Poynton Lake where she threw her in the water and abandoned the car (pictured at the scene)

In one post, Mrs McKie gushed: ‘My island. So happy I persuaded Darren to go for it! Love it!’ Another £6,000 was spent on new windows and £4,900 on bathroom suites. New sofas and carpets were bought on credit.

The court heard that while the work was being completed the couple lived in a £1,500-a-month rented property around the corner. Their food bills regularly topped £900 a month.

The McKies’ spending also included dinners at San Carlo in Manchester and The Grill on the Edge in Alderley Edge – expensive restaurants popular with celebrities and footballers.

According to Mrs McKie’s Twitter account they also splashed out on a stay at Dormy House Hotel, in the Cotswolds, for her husband’s 40th birthday. Rooms at the luxury country-house hotel, outside Broadway, Worcestershire, which is regularly named among the best hotels in Britain, cost up to £400.

In eight years they spent £200,000 on credit cards and £30,000 on holidays, including breaks to Centerparcs and a £4,500 family trip to Portugal a month before the murder. 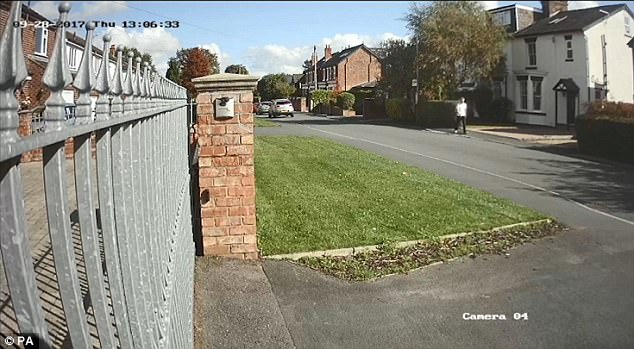 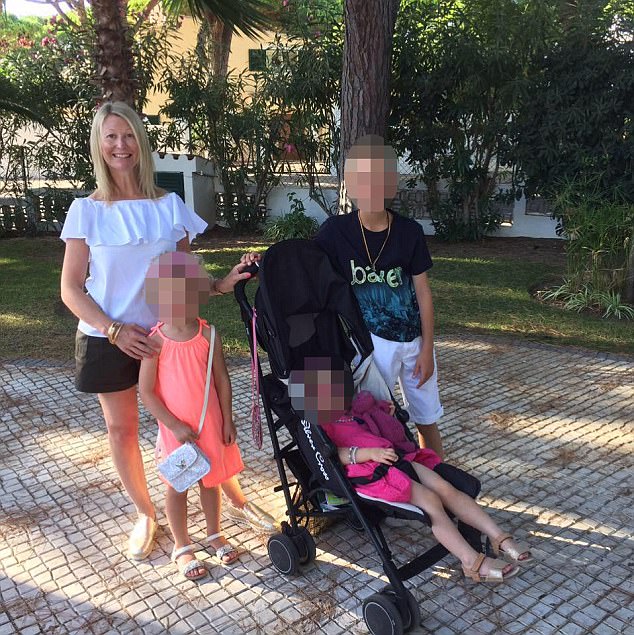 McKie, 43, his wife Leanne, 39, and their three young children were said by friends to be ‘the perfect family’ – but he was a manipulative killer 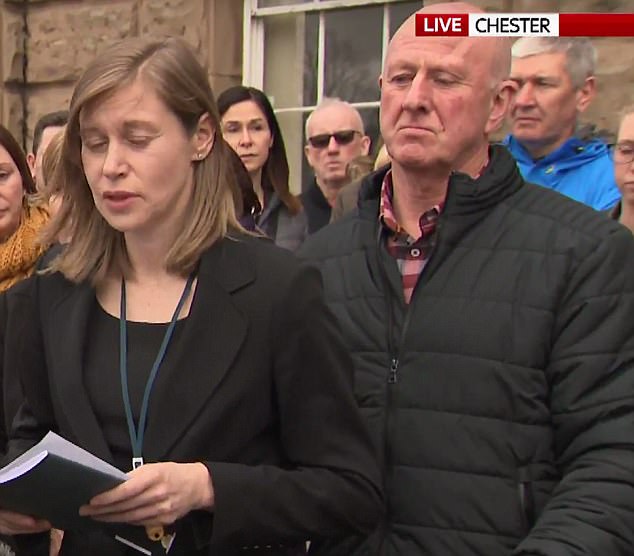 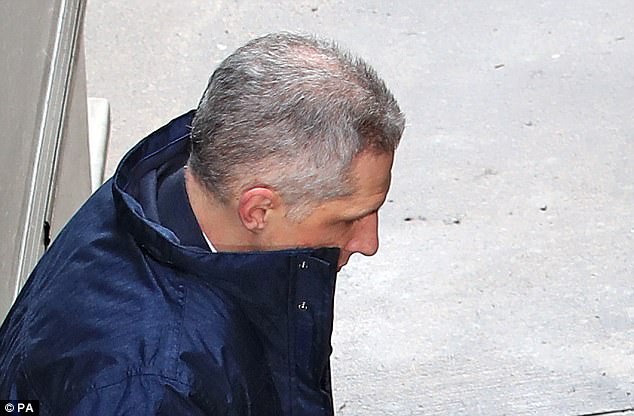 Darren McKie, pictured after his arrest, has never shown any remorse or said what happened on the day she died 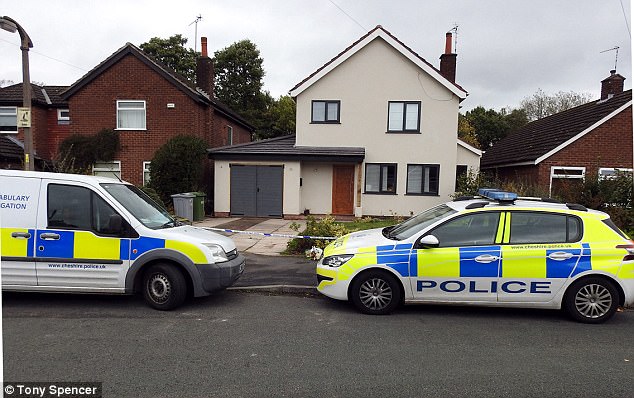 McKie killed his wife at their £435,000 marital home in Wilmslow, Cheshire (pictured)

With the renovation work, which had run £35,000 over budget, nearing completion last September, and the builder demanding payment, McKie began frantically applying for loans, including 15 in one day, to keep them afloat.

Behind his wife’s back, he secured her P60 and sent it off, along with her passport, to a firm called Fluent Finance, which agreed to a £54,000 loan – secured against the value of their property – in her name. But McKie hadn’t banked on his wife being in when her documents were sent back, via recorded delivery, while he was at work.

At 11.22am on September 28, Mrs McKie texted her husband: ‘You liar. Just got back a loan application with my passport and my name. Wtf [what the ****]’. Mrs McKie, an only child, tried to call her husband seven times, but he failed to answer, instead he texted: ‘I’m coming home.’

Only McKie, who refused to give evidence in his defence, knows what happened when he arrived half an hour later, but detectives believe the couple had a furious row. McKie then strangled his wife with ‘prolonged force for at least a minute,’ breaking two bones in her neck.

Mrs McKie’s parents, Ellen and Ray Dodd, of Deeside, near Chester, who are raising the couple’s three children, said their lives would ‘never be the same again’. They added: ‘There are no winners in this trial. We have lost our beautiful daughter and our grandchildren have lost their beautiful mummy.’