A hipster cafe in east London which serves bowls of cereal for up to £8 has fallen foul of hygeine inspectors who said a ‘major improvement’ is needed.

Cereal Killer Cafe in Brick Lane, which serves up bowls of breakfast delight all day long, is popular with the trendy city crowd. However, it has now been told it must dramatically improve its health and safety rating.

Inspectors looking into restaurants and cafes in Tower Hamlets found the cafe must take action to ‘ensure food sold or served is safe to eat’ after it gave it a very low one on the ‘scores on the doors’ system.

Irish brothers the Keery twins, Alan and Gary set up the Shoreditch shop in 2014, but quickly came under fire.

The Cereal Killer cafe has sites in Brick Lane in Shoreditch and in Camden. It sells bowls of cereal all day 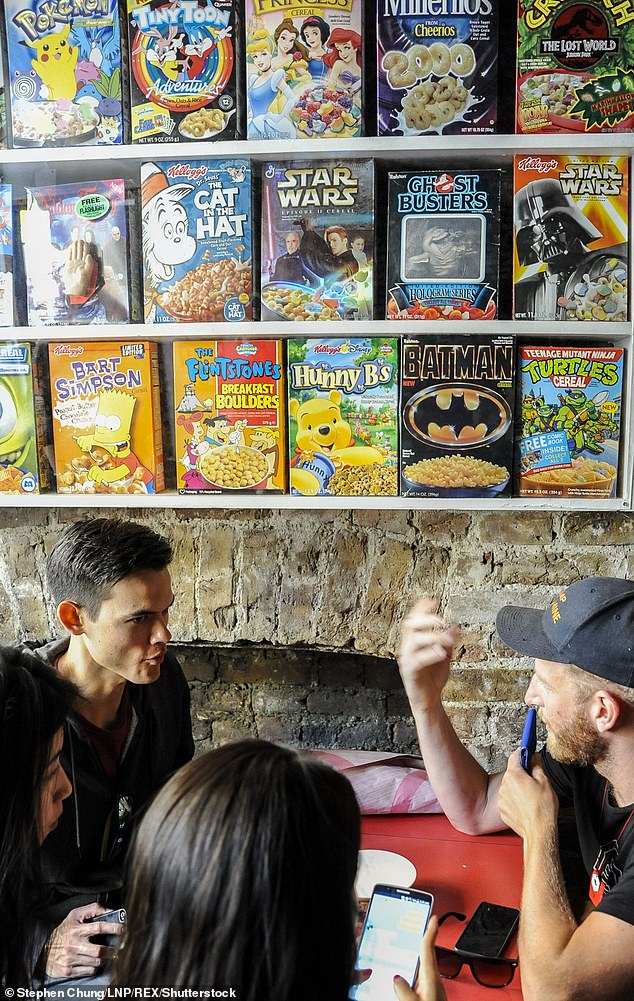 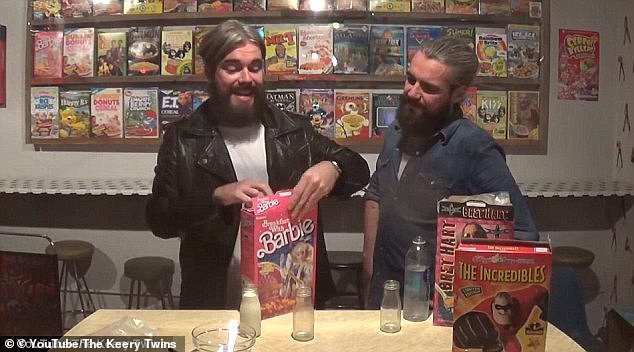 The Keery twins, Alan and Gary, have introduced a vegan menu and wanted to change bowls to avocado skins

They were criticised for the price of their menu – with a basic bowl of cereal setting customers back £4.40.

Other bowls included extras like marshmallows can sell for as much as £7.90. In 2015, the cafe was vandalised by members of an anti-gentrification protest – because of its position in one of London’s poorest boroughs.

However, avocado farming is one of the leading causes of deforestation in Mexico and South American countries.

The FSA decision takes into account management of food safety, cleanliness and condition of facilities before settling on a number from zero to five, five being the highest.

He told The Docklands and East London Advertiser: ‘We had the rating when we relocated to our new Brick Lane site, and due to a leak when the premises was vacant, it caused the kitchen ceiling to crack. This was resolved and we are waiting on a new inspection.’ 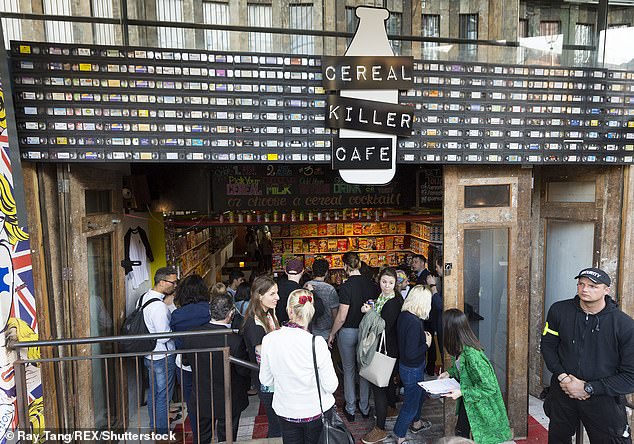 A Tower Hamlets Council spokeswoman said 84 per cent of food premises in the borough ‘score three or more on the food hygiene rating scheme’.

She added: ‘Tower Hamlets has a higher number of food businesses than neighbouring boroughs, the majority of which are compliant with good food hygiene.’