Instagram bikie bailed over charges of stalking his ex-girlfriend

A former bikie president posted selfies on his Instagram account moments before he appeared in court charged with stalking and threatening his ex-girlfriend.

Brett Pechey, 31, the former boss of the Bandidos West End motorcycle gang, posted a photograph of himself outside Camden Local Court, south of Sydney, on Thursday.

‘Another court appearance,’ Pechey, who was once Queensland’s most wanted bikie, captioned the selfie.

The heavily-tattooed bikie had flown down from the Gold Coast for his day in court, even posting a picture of his boarding pass the night before his appearance.

Police said Pechey used a mobile phone to stalk and intimidate his former girlfriend, who has an Apprehended Violence order in place against him.

Ex-bikie president turned Instagram star Brett Pechey (right) has fronted court over charges of stalking and intimidating an ex-girlfriend. He is pictured with his current partner Rikki-Louise Jones 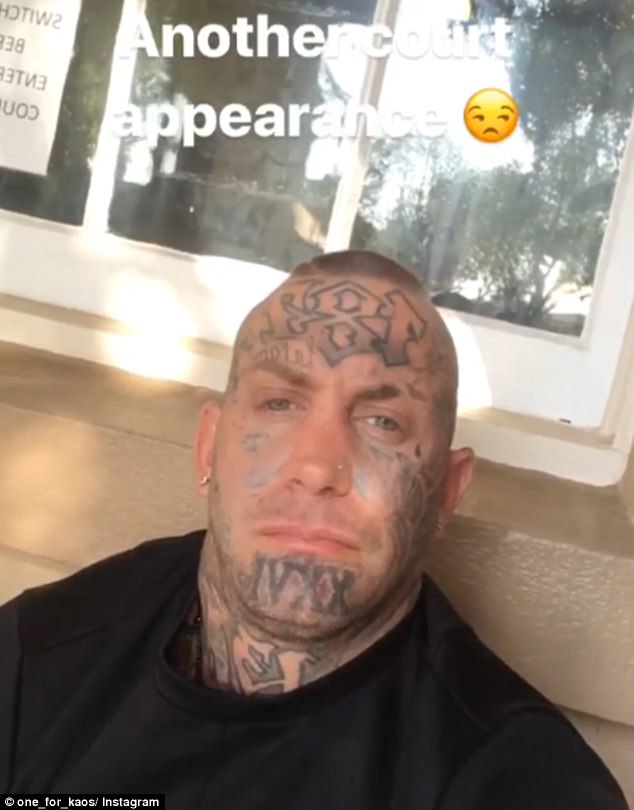 ‘Another court appearance’: Pechey, 31, posted a selfie to his Instagram story from outside the Camden Local Court, south of Sydney, on Thursday morning. Once inside he was granted bail 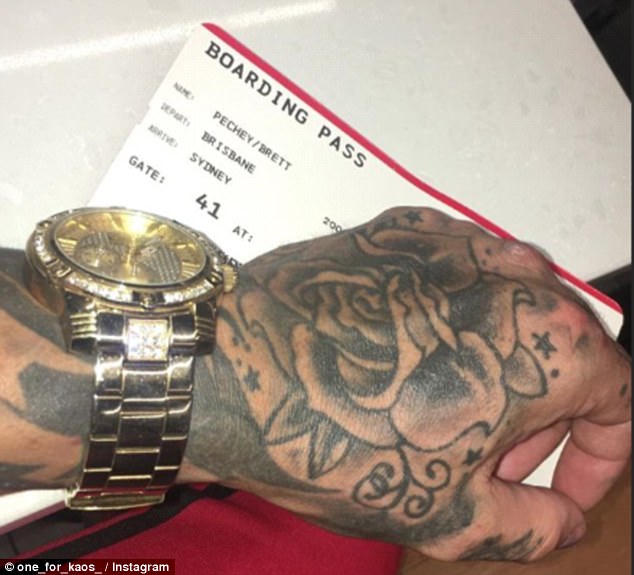 A day earlier he posted this image of him on-board a plane from Brisbane to Sydney, seemingly flying south for the court case

The bikie, who is believed to have patched over from a Bandidos chapter to Sydney-based ‘Brothers 4 Life’, saw his bail conditions unchanged at Thursday’s hearing.

He will appear in court again next month.

Run ins with the law are nothing knew for Pechey, who once held the title of the most wanted bikie in Queensland following a wild brawl in 2013.

In the wake what was known as the ‘Broadbeach bikie brawl’, Pechey fled to Thailand for close to a year before returning to Queensland when he ran out of money.

That incident saw dozens of bikies surround police officers before attacking, hitting a number with punches.

Pechey was also charged for being involved in an extortion ring and using standover tactics to extort money from gym goers on the Gold Coast. 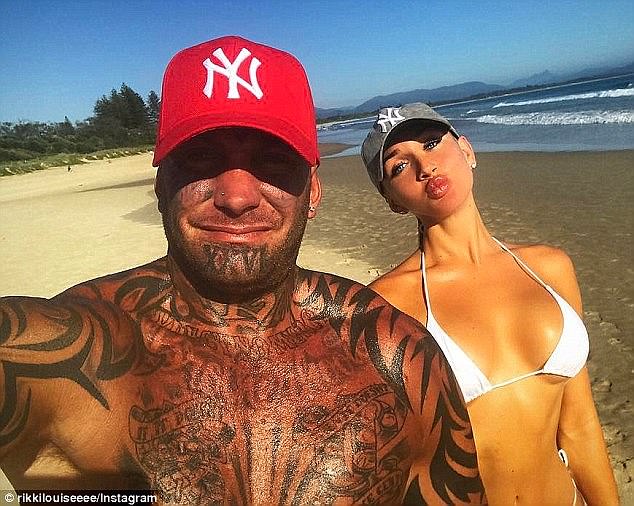 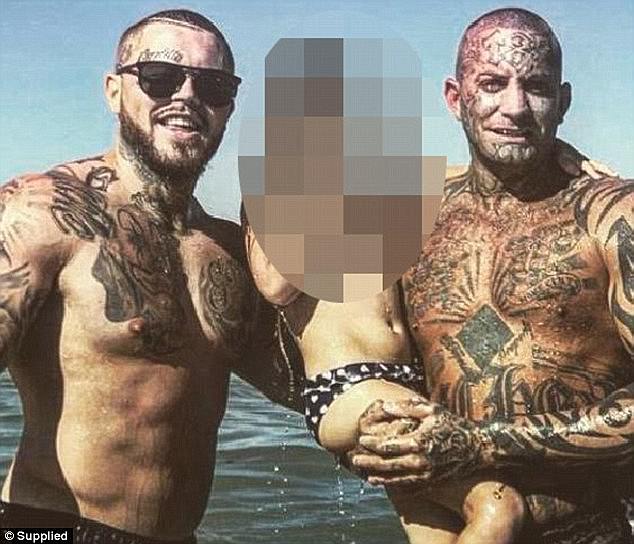 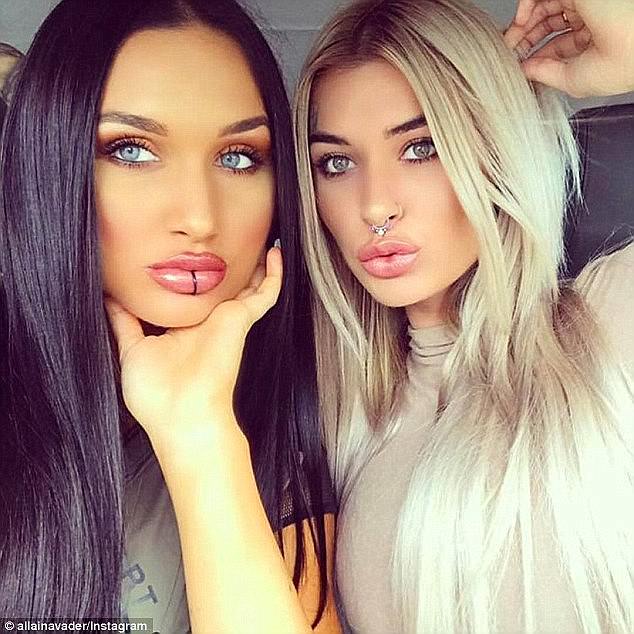 Geppert is in a relationship with Allaina Jones (right), while Pechey is now dating her cousin Rikki-Louise Jones (left)

At the time of the extortion racket he was sergeant-at-arms of the Bandidos chapter.

The vile Instagram feud came just weeks after the pair had posed together alongside their girlfriends.

Geppert is in a relationship with Allaina Jones, while Pechey is now dating her cousin Rikki-Louise Jones. 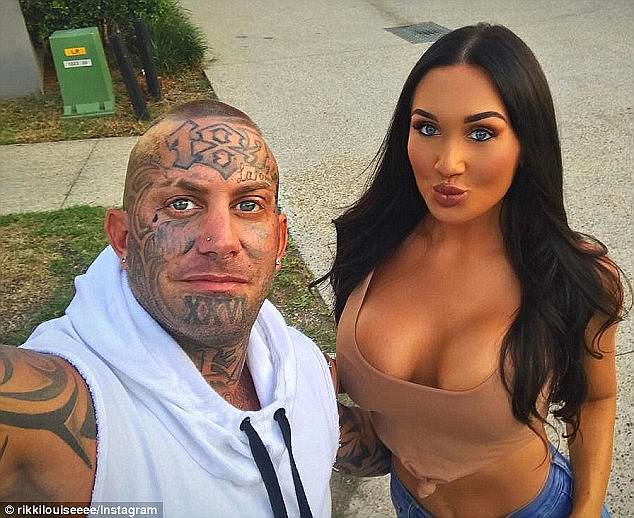 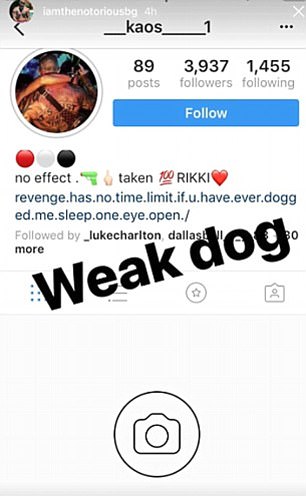 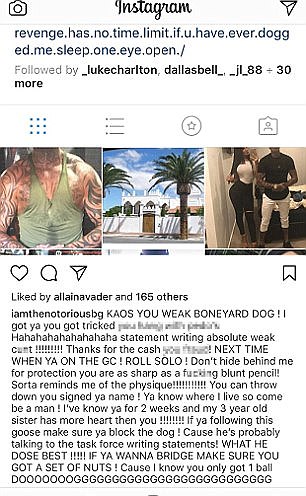 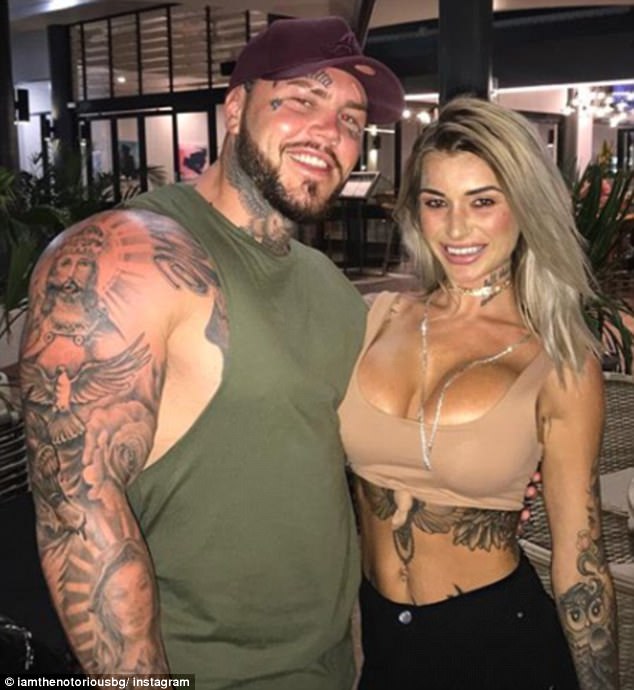 ‘Kaos you weak boneyard dog… don’t hide behind me for protection. Ya know where I live so come be a man,’ he also wrote in a subsequent post.

Allaina and Rikki-Louise – who are both makeup artists – were thrust into the spotlight when their boyfriends became involved in an Instagram feud.

The social media feud put their relationship in turmoil with the pair unfollowing each other on Instagram, a platform where they boast a combined 200,000 followers. 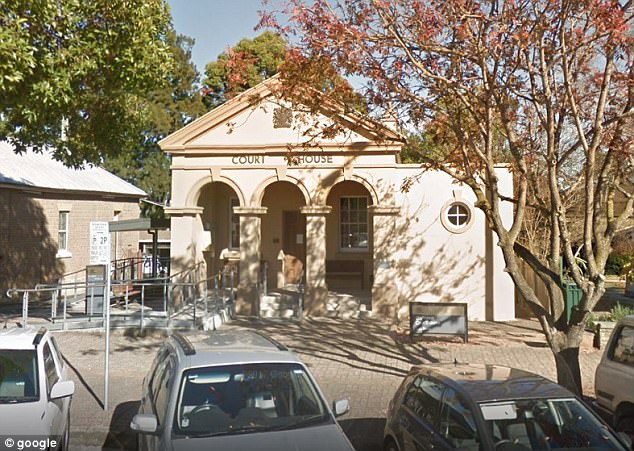