Inquisitive Queenslanders have forked out $50 each to take a tour through an Instagram-famous ‘dream home’ before the owner packs up her eye-catching residence forever.

Interior designer Lauren Eloise will throw open her cavernous Kingsholme property for three sold out sessions on Saturday, October 9, giving ticket holders one last chance to step inside the house that captured the imagination of 60,000 online fans with its all-white façade and sparkling magnesium swimming pool.

The Hamptons-inspired home, which boasts rolling lawns and a floodlit basketball court, smashed the price record for the Gold Coast’s northern suburbs in August when it sold for $2.7 million. 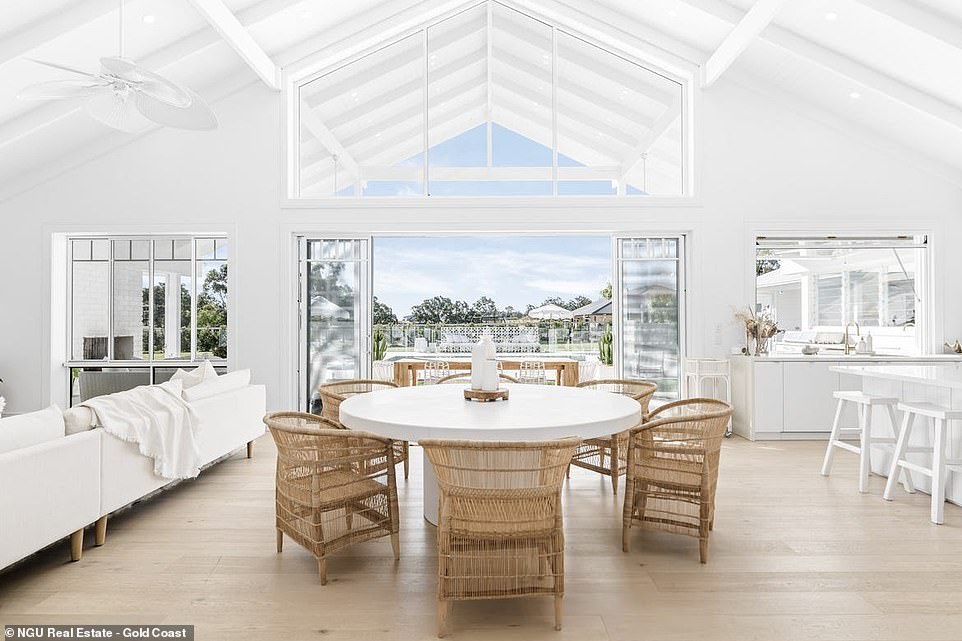 The cavernous ‘Coastal Barn Dream house (pictured) in Kingsholme, 37km north of the Gold Coast, has captured the imagination of almost 60,000 fans online 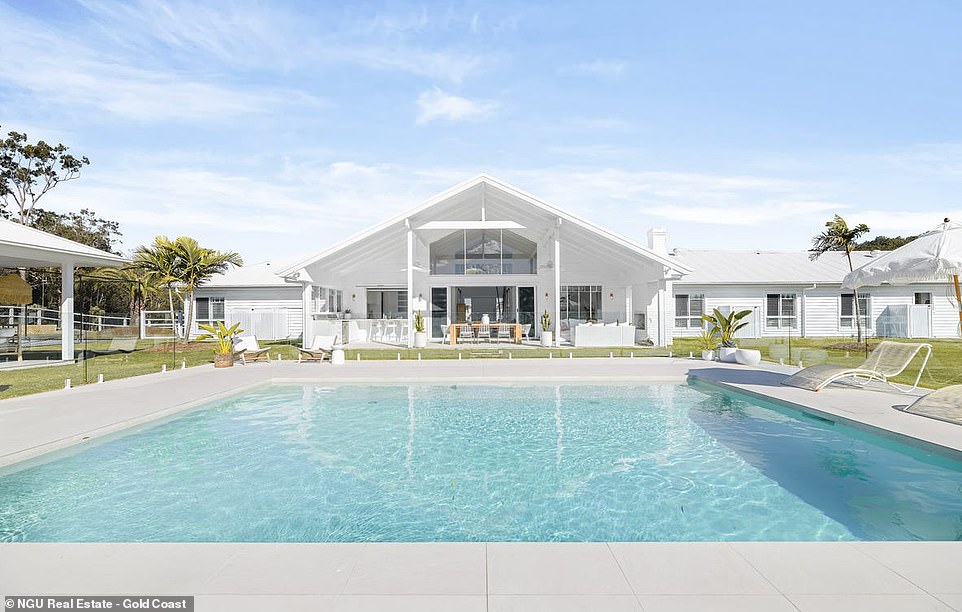 Built over the course of five months in 2019 as a ‘forever home’ for her five young children, Ms Eloise’s 535sqm property has become a sought-after photoshoot location for some of the country’s top fashion labels.

She announced in an Instagram post that she was selling the house for a ‘number of personal reasons’.

The ticketed viewings are a chance for those who fell in love with the home’s aesthetic to experience it outside social media, Ms Eloise told realestate.com.au.

Billed as a, ‘girls’ day out’, guests will be treated to refreshments and live music as they wander between rooms. 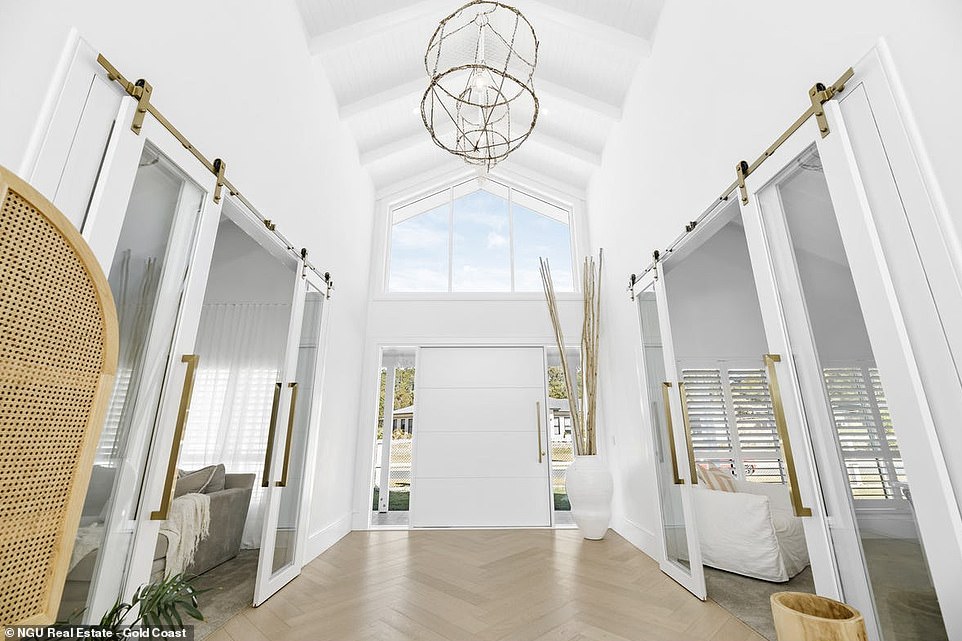 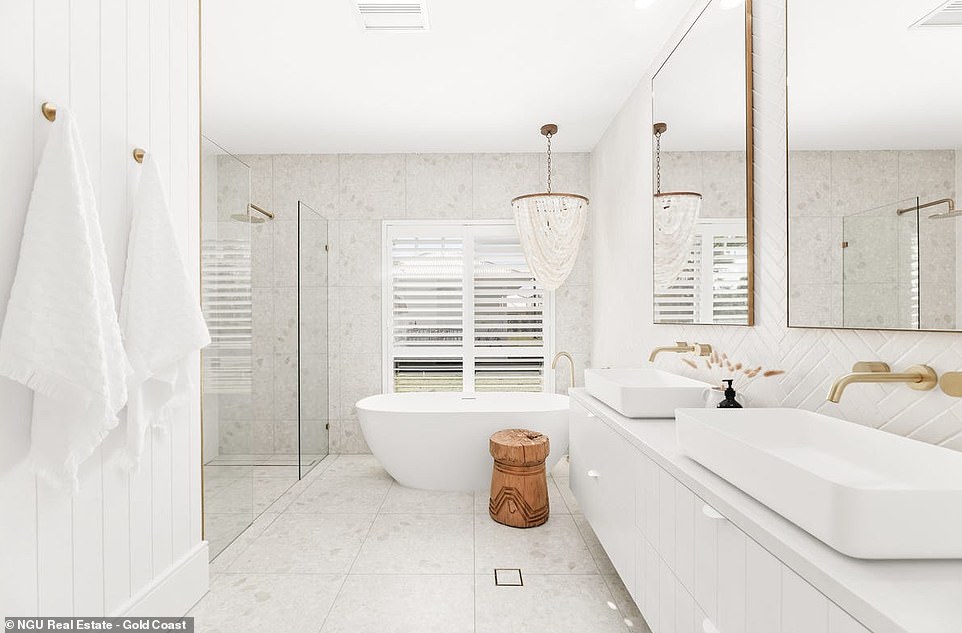 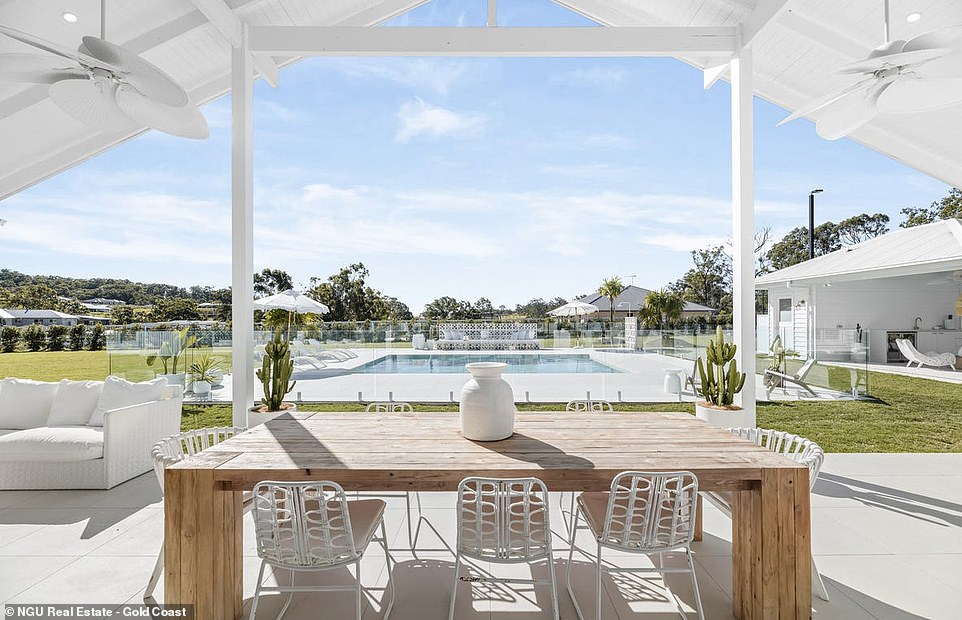 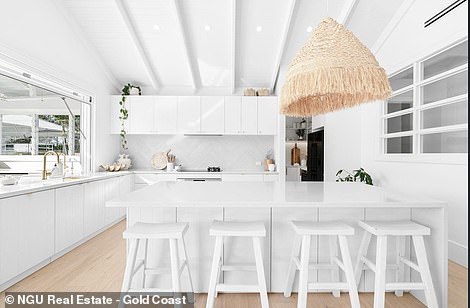 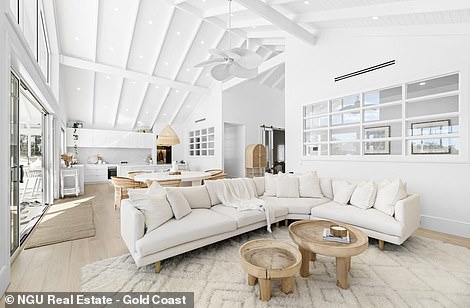 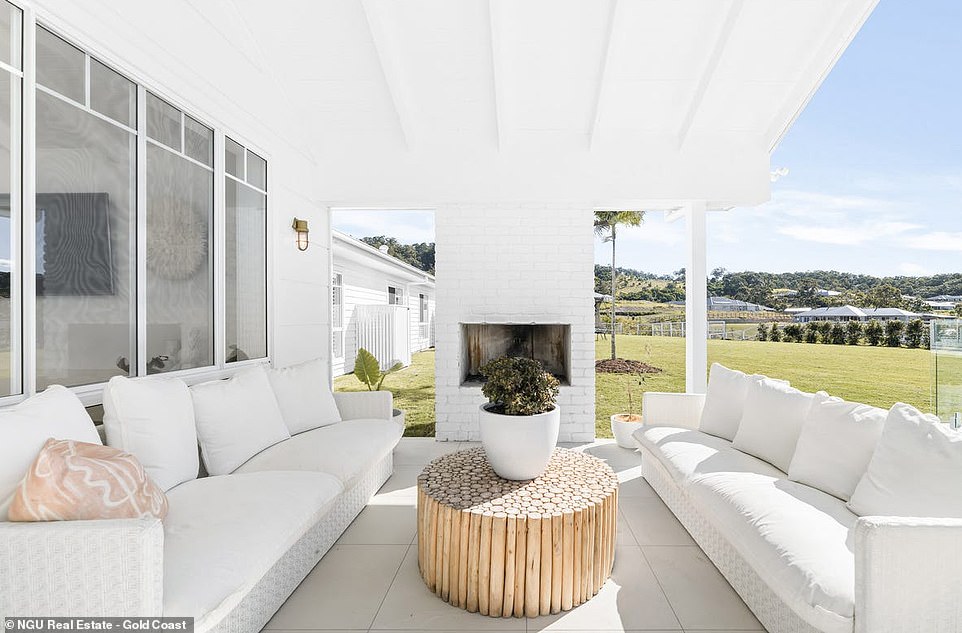 The outdoor lounge area has a barbecue and fireplace

The house, which was marketed for sale by Emil Juresic and Rachael Savic of NGU Real Estate, also includes a 130sqm barn shed currently used as a gym and home office.

Other touches of luxury include freestanding bathtubs, quartz stone benchtops, brass tapware, glass stacker doors and an outdoor lounge area complete with a barbecue and fireplace.

When the house hit the market earlier this year, Mr Juresic told Daily Mail Australia he had never seen a property like it.

‘I sell luxury houses all the time, and I’ve never been in one that feels so much like a home,’ he said.

‘It’s like, if you lived there, you’d never want to go anywhere else. Everything is just so spot on.’ 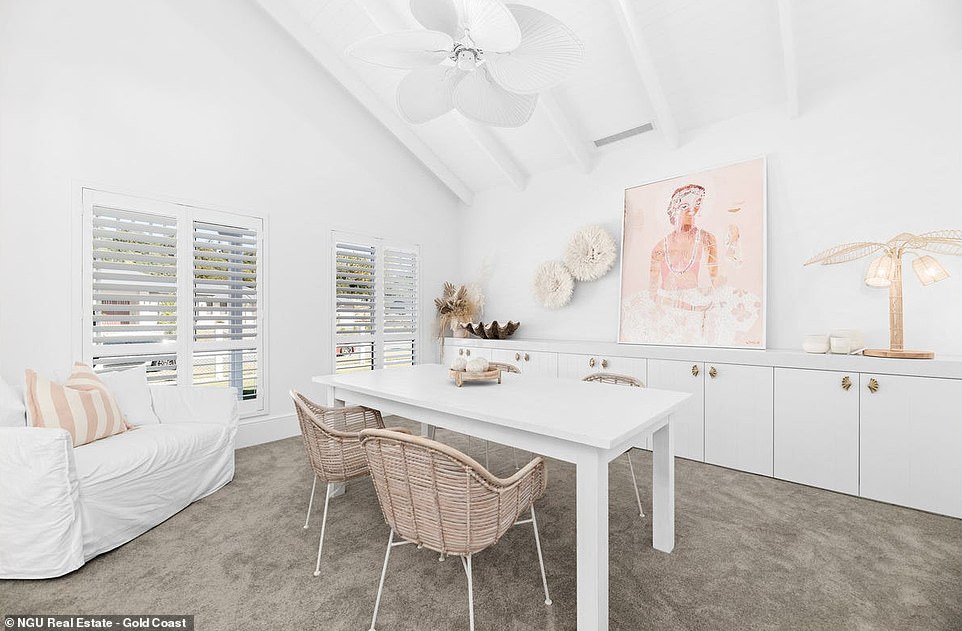 An Instagram account dedicated to the interior of the house has attracted 50,200 followers, all blown away by its style and design 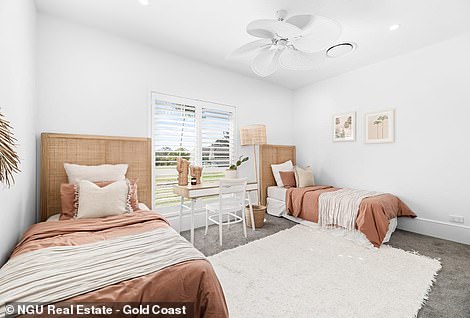 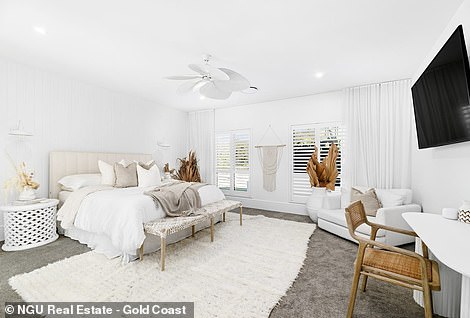 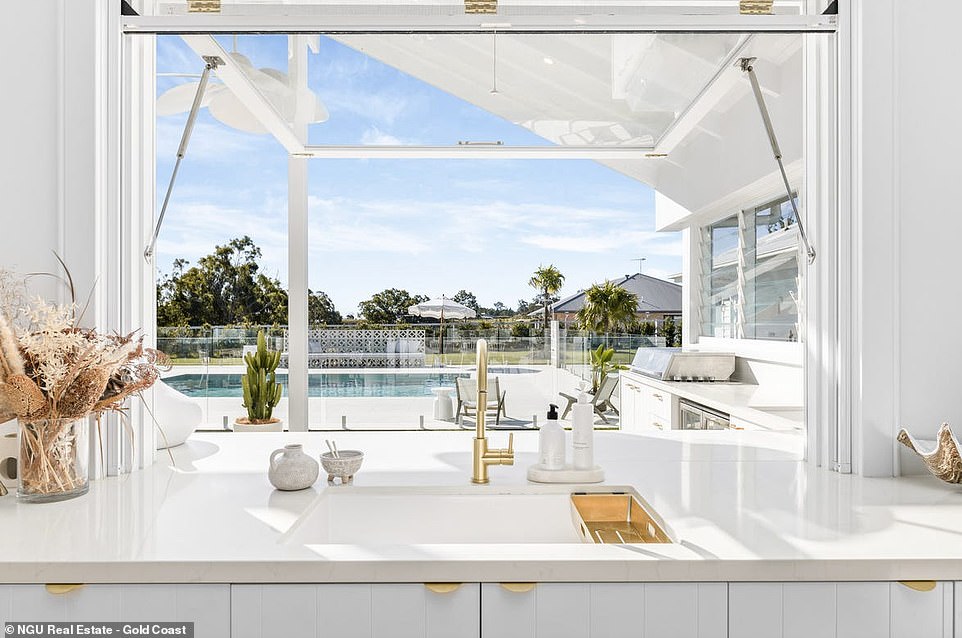 A photo of the house racked up more than 8,000 comments in less than 24 hours after Mr Juresic posted it to his Facebook page 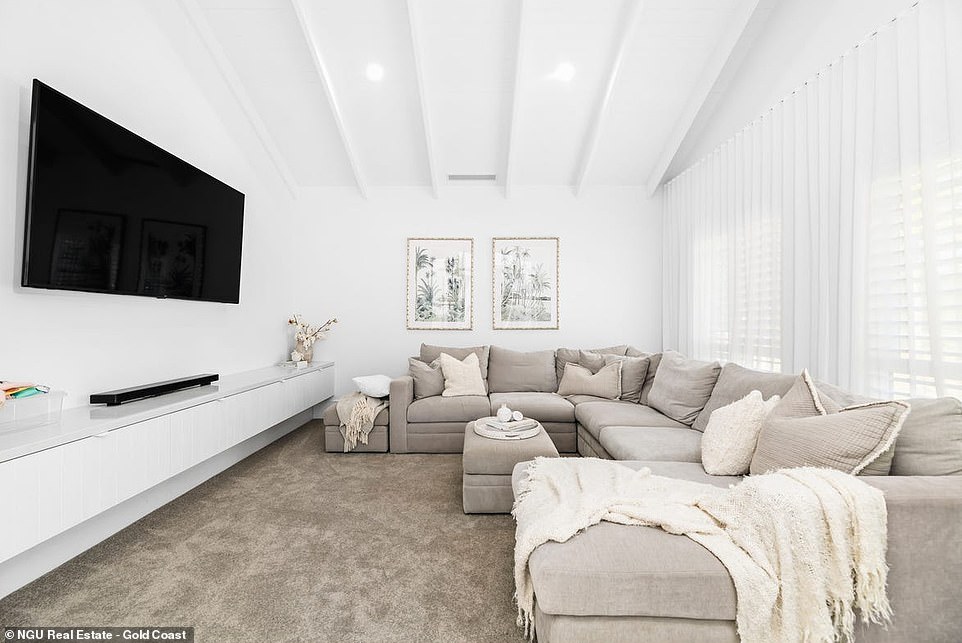 An Instagram account dedicated to the interior of the house has attracted an audience of 59,400 followers, all blown away by its style and design.

‘What a magical home to be able to purchase,’ one woman wrote under a photo of the garden.

‘I don’t believe you could build a more beautiful home,’ added another.

A photo of the house racked up more than 8,000 comments in less than 24 hours after Mr Juresic posted it to his Facebook page.

‘We’ve never had a property go viral like that before, ever,’ he said.