An Instagram influencer has taken to YouTube to review the ‘worst rated hotel’ in Bali – claiming she only lasted one night in her two-bedroom room.

Isabella Ray, who has over 40,000 followers and runs a charity clothing label in Bali, complained she had checked into her room to find a bug-infested and dirty floor.

To top it off, she said she refused to use the shower because the water smelled of ‘egg’.

‘And it is gnarly out here dude I am telling you.’ 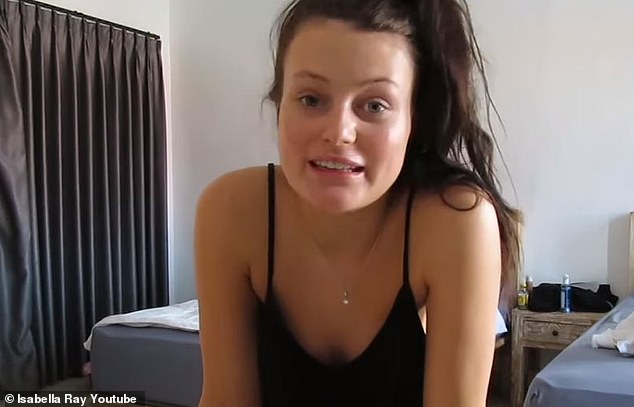 Daily Mail Australia has chosen not to reveal the name of the resort, but can say it has received rave reviews from guests through holiday website booking.com.

From staff to comfort to cleanliness – each aspect of the resort has received an overall rating of 8 or more out of 10 with dozens of positive reviews.

‘The room was really clean and big! Comfortable beds and a nice Big closet with room enough for clothes,’ one person commented.

Another one commented: ‘Very clean, cleaned every two days, though, towels do not change, but I think it’s normal, because at home we also do not change them every day. New furniture and a comfortable huge bed.’

Ms Ray seemed to strongly disagree with the reviews and posted a 17-minute long video to YouTube slamming the state of her room.

From a broken air-conditioner, to one power adapter in the room, to a view of a hospital across the road, Ms Ray left no corner of the room unchecked.

‘Look at my view, I have a view of the hospital, which I will probably be in if I stay here for another day,’ she said to camera.

Though perhaps her biggest problem with the room was the shower.

‘Can you tell I’m sweating, because I am hot? I’m sweating from every single part of my body, including my toes.

Ms Ray said she had taken two showers and both times had left her traumatised. 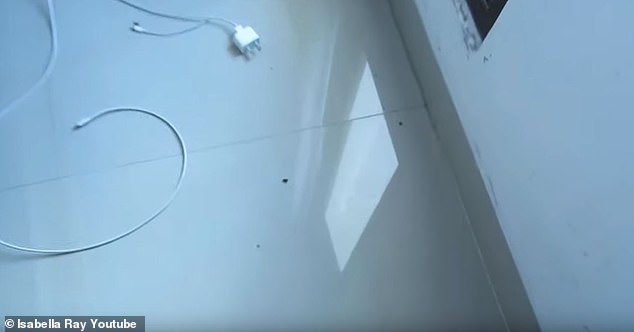 Ms Ray was greeted to a dirty floor, poorly cleaned bathroom and a bug infested room 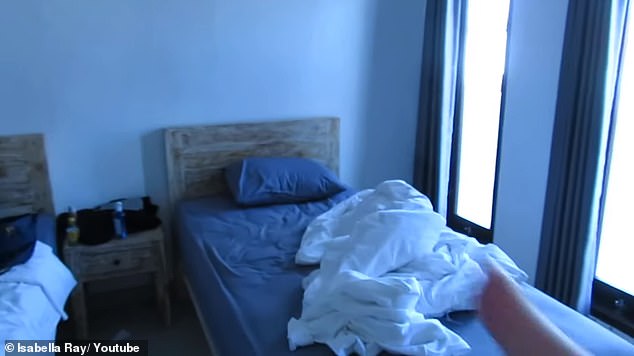 Isabella Ray complained she had checked into her room to find a bug-infested and dirty floor (pictured, Ms Ray slept in the bed closest to the only power adaptor she claimed was in the room) 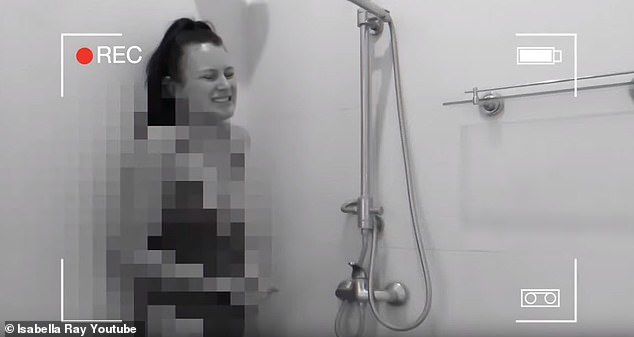 ‘I have gathered I have 10 seconds until the water starts smelling like sulfur, aka rotten eggs, aka disgusting, aka a vegan’s worst nightmare.

‘I’m scared to put my face under the water because I don’t know what’s in it. It could be actual piss.’

To demonstrate the level of disgust, Ms Ray stood under the shower head in her swimsuit and turned on the taps.

Though a distraught Ms Ray could barely stand under the water and pressed herself up against the wall in an effort to escape the stream.

‘I cannot explain to you how much it smells.’

Ms Ray quickly turned off the tap before grabbing a towel and leaving the room. 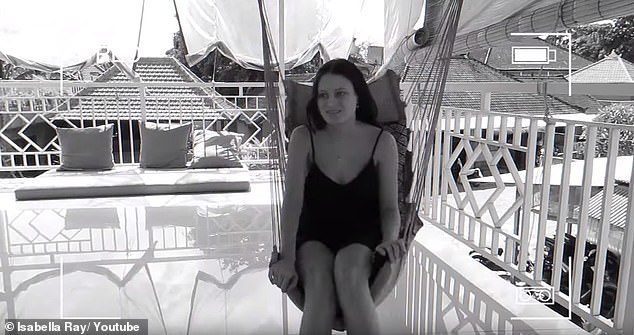 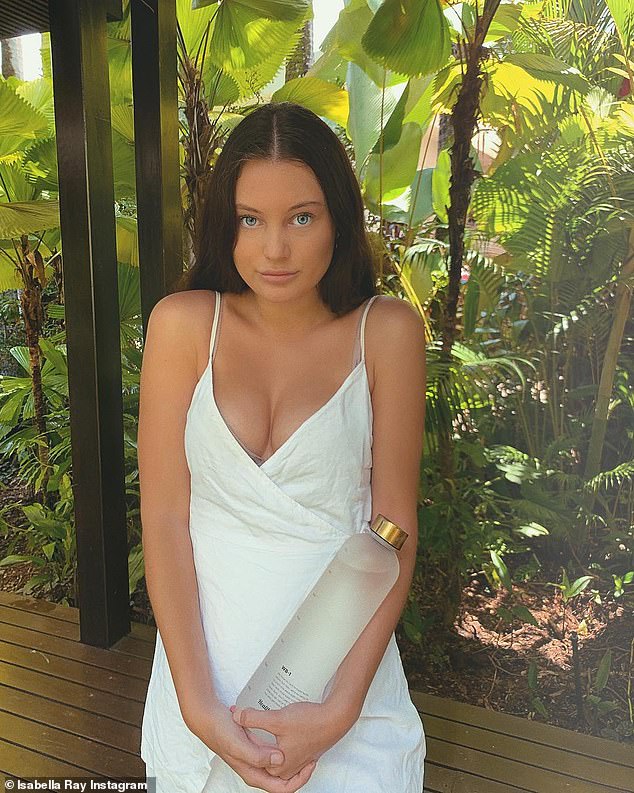 From a broken air-conditioner to a view of a hospital across the road, Ms Ray left no corner of the room unchecked 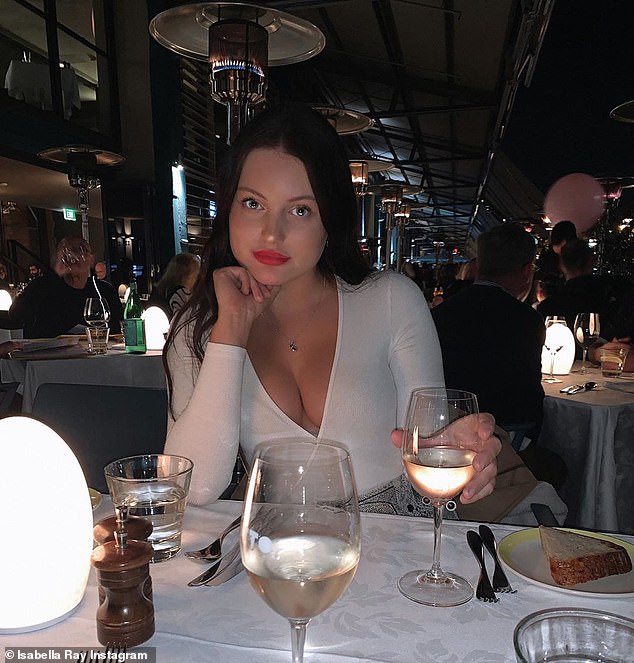 Ms Ray went on to inspect the room and criticise the furniture and utilities she found.

In a cupboard she found a kettle that she refused to fill with ‘egg’ water, a toothbrush covered in ‘poo’, and two forks ‘for me and my friend, but I don’t have any friends so I guess it’s two forks for me.’

Ms Ray said she had only been staying at the resort for one night but had already made plans to check out of the room.

She admitted she was being dramatic about the room.

‘Thank god I’m leaving this hellhole. I’m just kidding, I know people live in way more trap places than this, it’s just a prank dude, and I’m being dramatic for the content.

‘To be honest the only gross thing about this place is the shower.’ 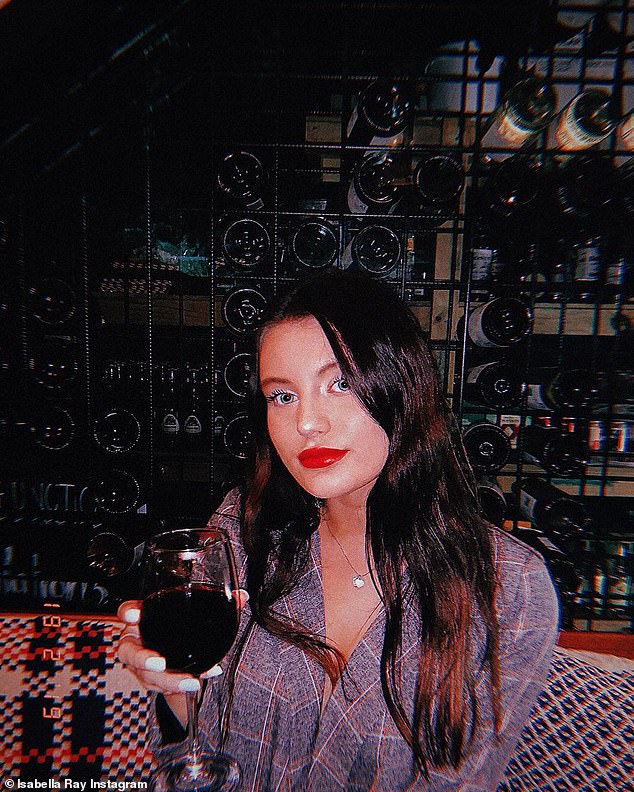