Instagram influencers change their appearance so much they’re unrecognisable

So much for natural beauty! Social media users are called out for posting VERY questionable photos of themselves, editing in extreme curves, super-bright eyes and triangle jawlines

Everyone wants to look their best when posting pictures of themselves online.

But these Instagram users took it a step too far when they completely overhauled their natural appearance – and got called out on it.

Bored Panda has collected some of the best examples of people who have gone too far with the editing tool and given themselves waists that look unnaturally skinny or curves that are over the top.

One woman changes everything about her own image only for her photographer to post the same, but unedited, portrait.

Elsewhere another woman gives herself a piercing, by penning a black dot onto her top lip while editing a selfie.

A poster, from the US, came across this photograph on social media and shared it to Reddit. Users commented on the fact the girl’s cargo pants appear to stay up by magic 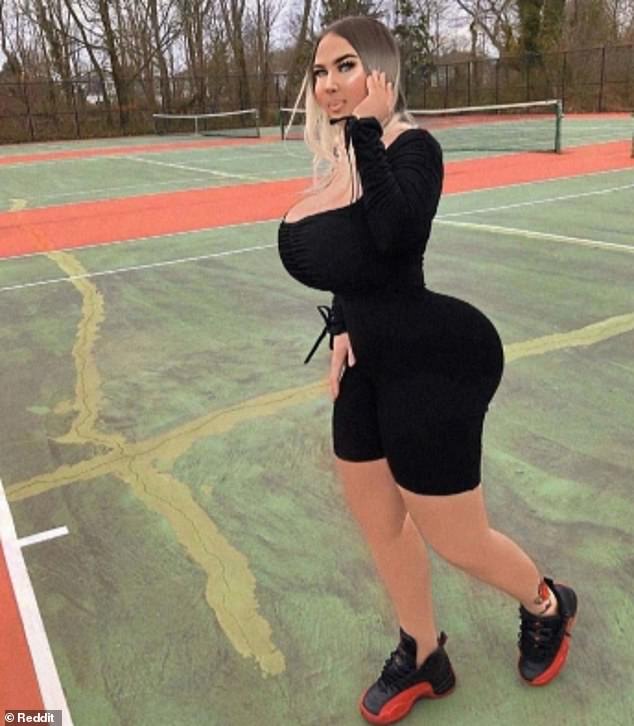 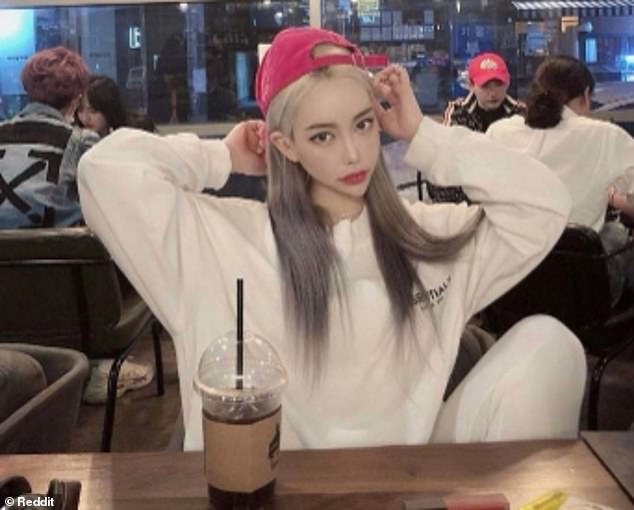 A Korean poster found this image of a women on social media and joked she could do trigonometry on her face. The woman’s jawline and nose have been edited to be straight lines 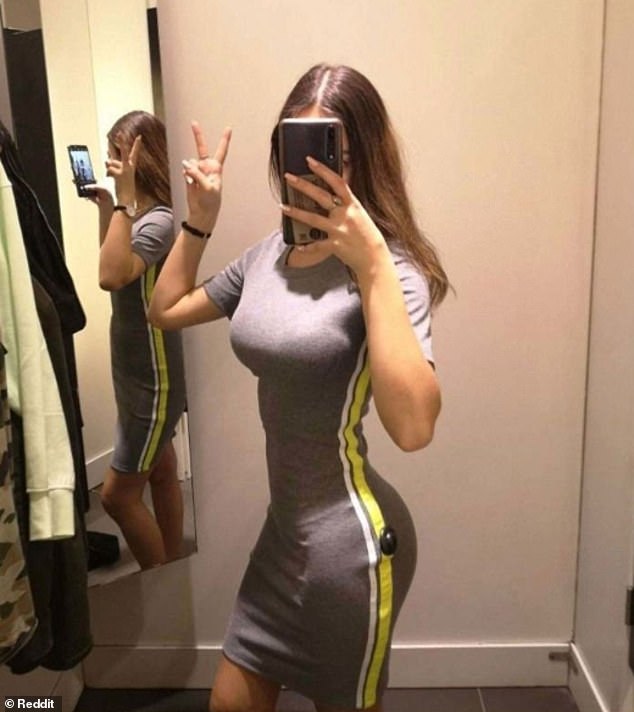 A Reddit user, from an unknown location, posted this photograph of a couple online. The image had been severely edited to the point the woman looks like ‘a skinny elf’, say some 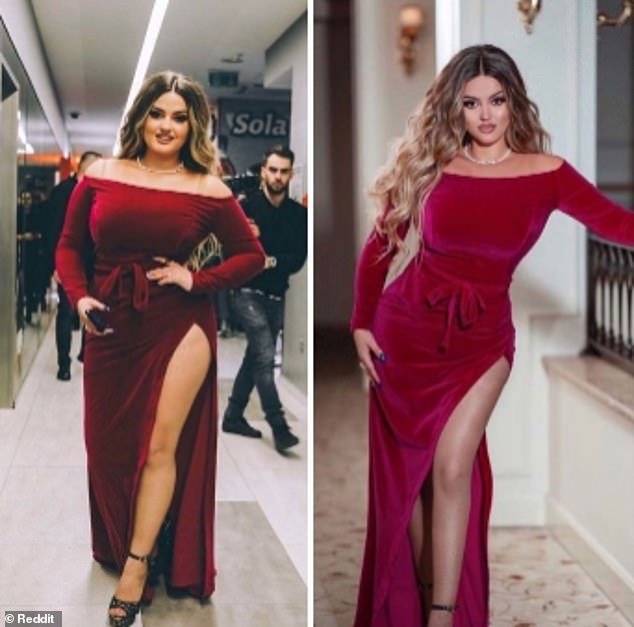 One comment underneath this post made the point that the woman was gorgeous in the first picture. Many couldn’t understand why she’d want to change 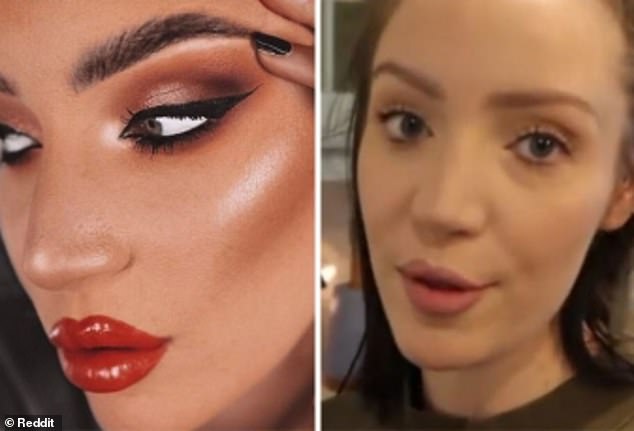 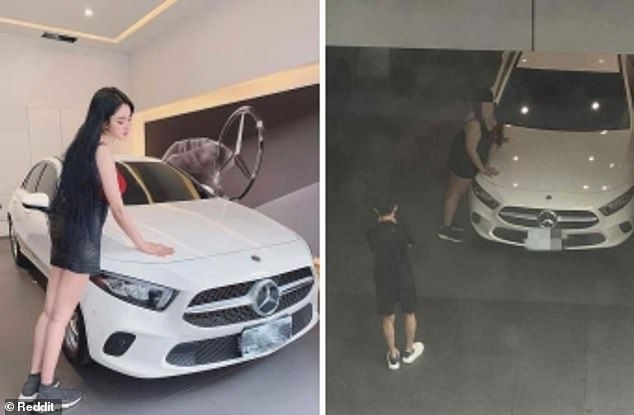 A Reddit user from East Asia shared this image of an Instagram influencer’s photoshoot. He revealed she had lied about editing her post until a whistleblower caught her in the act 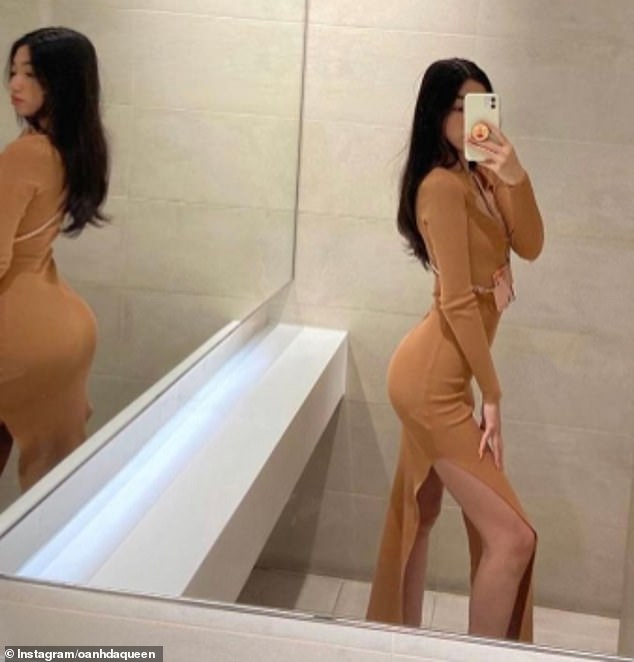 This Instagram influencer, from Vietnam, posted this picture of herself but seems only to have edited what can be seen in the mirror 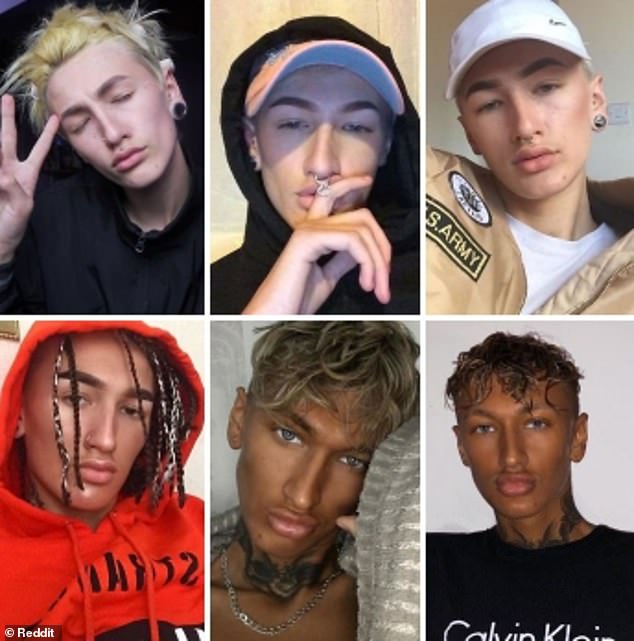 One user, from India, called out this influencer for going from a pasty white colour to dark skin. Comments also pointed out the change in his lip size 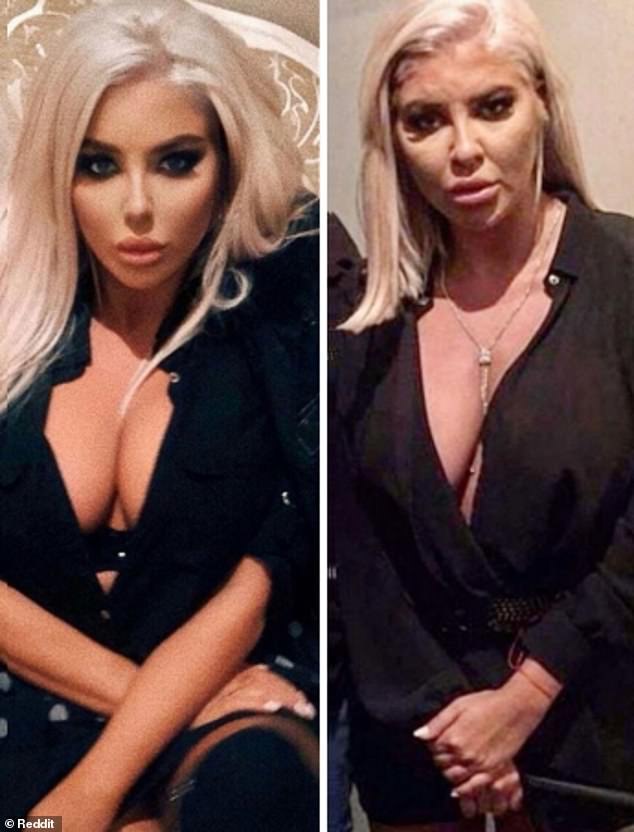 A Reddit user, from somewhere in the US, couldn’t help but share this image of a cosplayer who forgot to enlarge one of her breasts