Instagram’s ‘unluckiest millionaire’ suffered another blow as his £80,000 gold Porsche was spray-painted with swearwords, two months after his Lamborghini caught fire on the motorway.

Lak Sira, 22, parked his Porsche Panamera in Knightsbridge and returned to find it had been spray-painted with the words ‘w**ker’, ‘s***’ and ‘die’.

The vandalism comes two months after his £125,000 Lamborghini Gallardo burst into flames on the motorway just one hour after he picked it up. 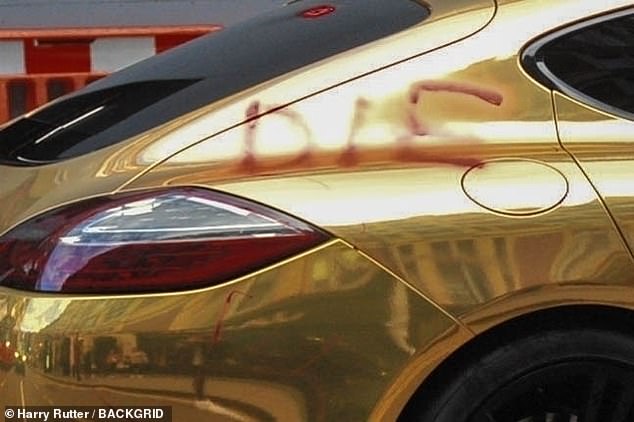 The vandalism comes just months after his £125,000 Lamborghini Gallardo burst into flames on the motorway

Mr Sira had spent £12,000 on having the car gold-plated and £10,000 on having it serviced before he went to pick his pride and joy up with his girlfriend.

The pair had to jump out of the car after smelling petrol and abandoned it on the M6.

Mr Lak, from Birmingham, heard a loud bang ‘like a firework’ and watched on as his car went up in a blaze. 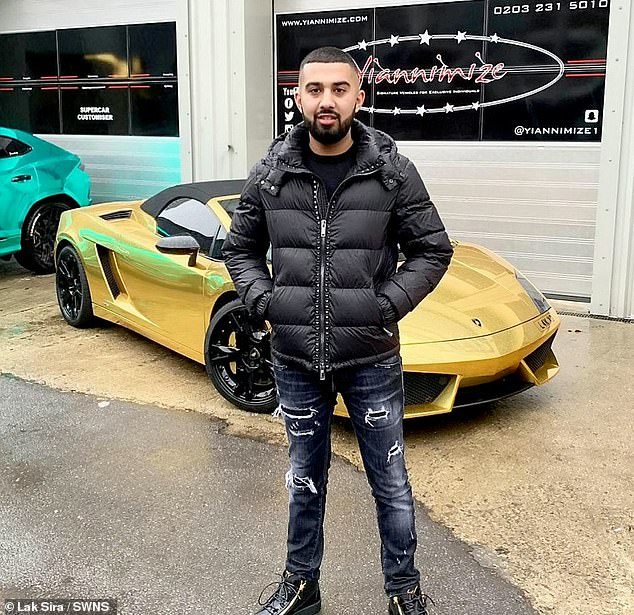 The self-made businessman (pictured with his car before the incident) said he had paid £10,000 for a service and picked it up from Lamborghini Birmingham when it burst into flames just an hour later 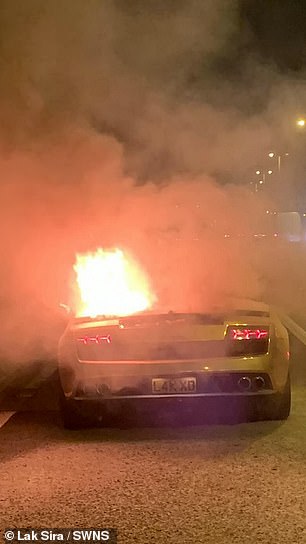 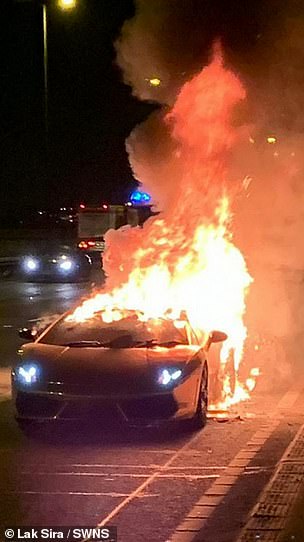 The entrepreneur, who earns £200,000 a year running an online trading company, said he was looking at taking legal action against the dealership.

He said he called the mechanic to ask for advice but was told that smelling petrol was normal after a car had just been serviced.

It was only after the smell became unbearable that the couple stopped the car on the hard shoulder before hearing the loud bang.

Mr Lak said: ‘I just had to watch helplessly as the car which I had worked so hard to buy went up in smoke’.