Pretty in pink! Instagram model Tammy Hembrow shows off her tiny waist in a revealing figure-hugging outfit as she parties in Los Angeles

Tammy Hembrow has been dutifully documenting her trip to the US with a series of racy social media snaps over the last week.

And on Saturday, the 24-year-old didn’t disappoint her fans after posting a sexy snap of herself, wearing a very racy pink ensemble while on a night out in Los Angeles.

‘Can you tell I like pink at the moment?’ she captioned the image.

Pretty in pink! Instagram model Tammy Hembrow showed off her tiny waist in revealing figure-hugging outfit while on a night out in Los Angeles on Friday

‘PS who’s coming to see me at the Good American pop-up at American Brand?! See u soon!,’ she added.

The glamorous mother-of-two put on a busty display wearing a figure-hugging crop top and matching skin-tight skirt which showed of her toned midriff.

Tammy’s bright outfit was finished off with a Chanel handbag and a set of perfectly-manicured pastel pink nails. 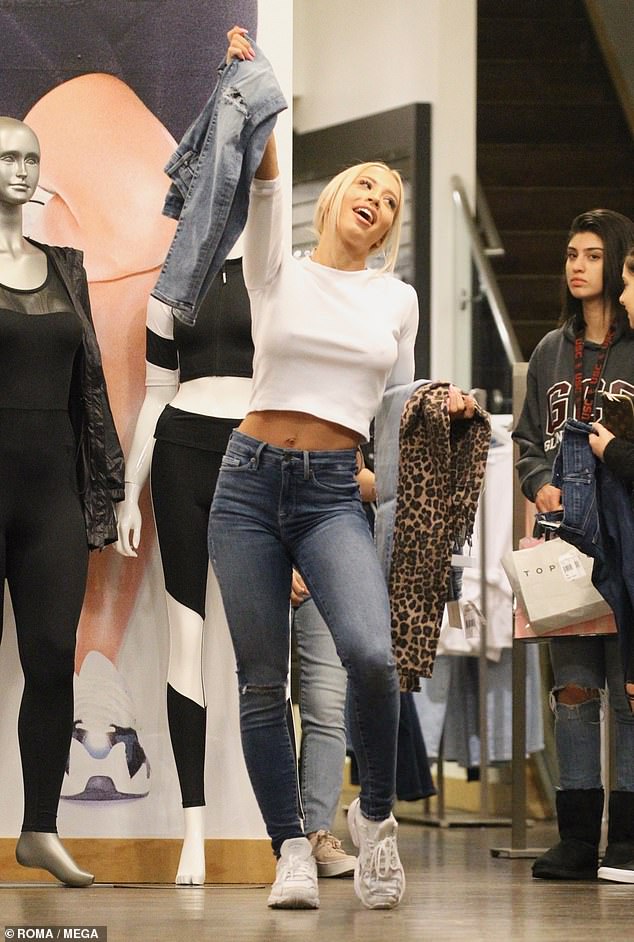 Los Angeles suits you! Tammy went without a bra on Friday as she shopped in Los Angeles ahead of business meetings

She emphasized her features with a flawless make-up palette, adding a soft pink eye-shadow and lip, leaving her light locks pulled back in a low ponytail.

In a recent YouTube video, the busty model announced she would be going to the United States for work purposes, but would be bringing her two children along as well.

She is no long with her children’s father Reece Hawkins, 23, after the pair ended their engagement in June. 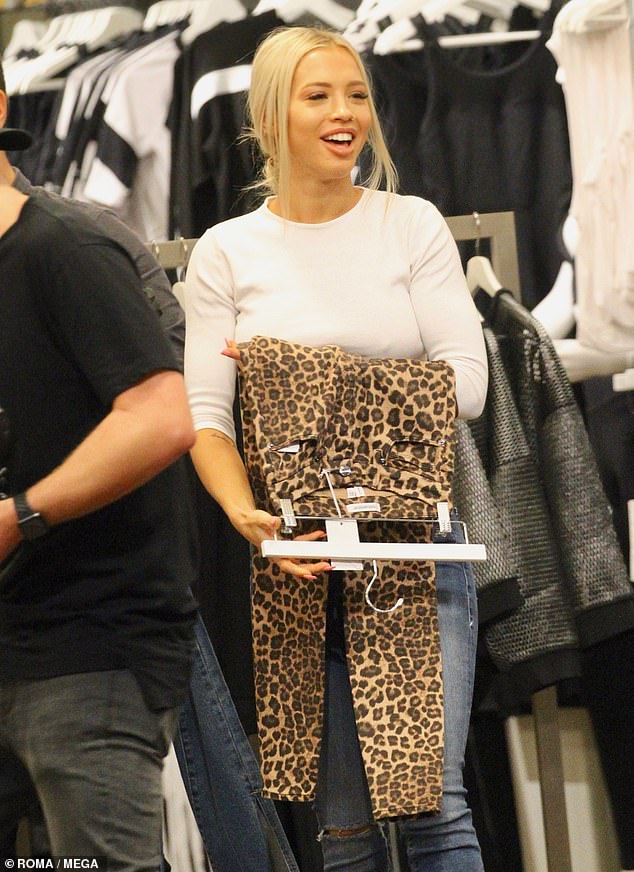 Meetings abound! Tammy flew to Los Angeles with her two children ahead of a series of business meetings

In a YouTube video uploaded in June, Tammy clarified that her split with Reece was not due to infidelity.

‘I don’t want people to think we just gave up. Most people know relationships are very complex.’ 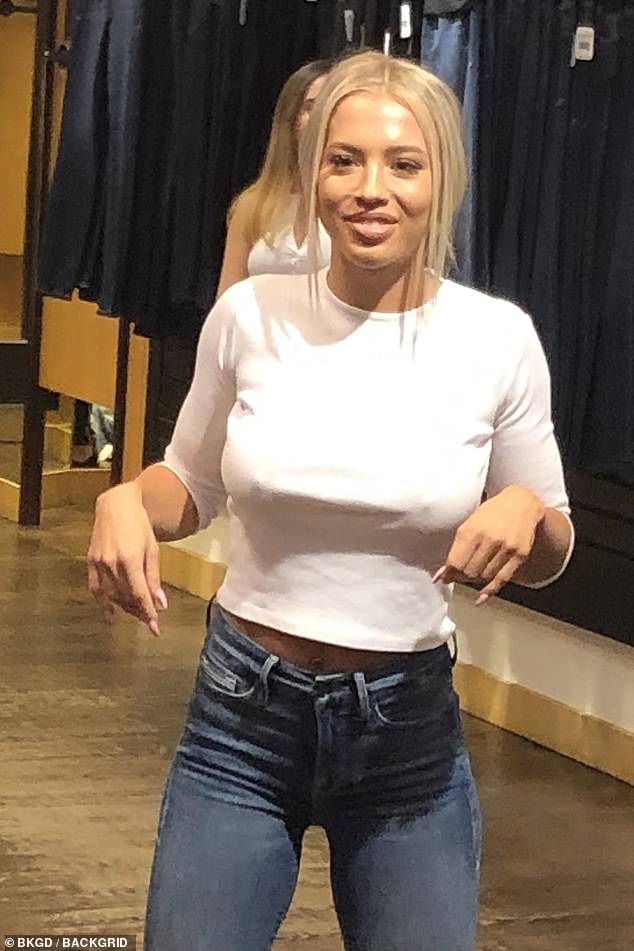 Model mum: Tammy said she normally only flies to the U.S. for a few days, but thought it would be fun to spend time with her children 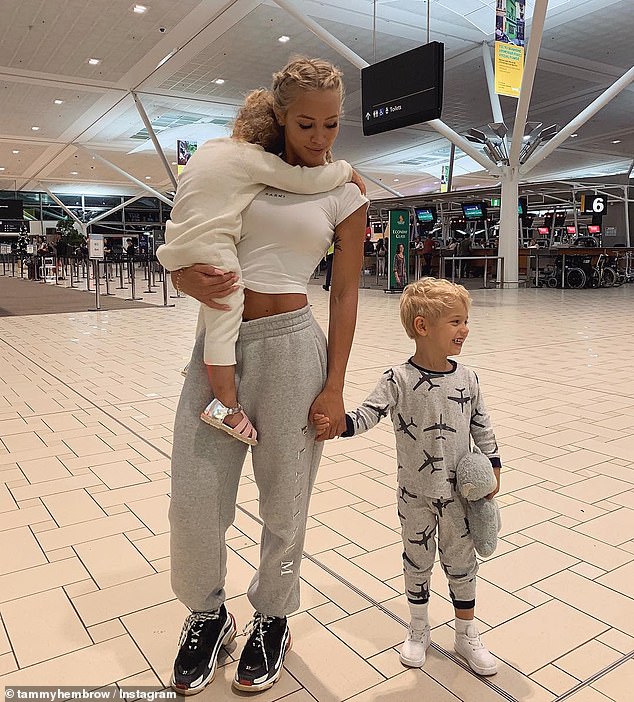