A fitness model with nearly 1.2 million followers on Instagram has revealed how she once battled an eating disorder that saw her weight drop down to just six stone.

Avital Cohen, 23, from Israel, has won fans from around the globe with her glamorous photos, including bikini shots and gym work-outs.

However, this week, the social media star, who now weighs over eight stone, left fans shocked after she revealed that she struggled with a ‘severe eating disorder’ just four years ago.

Posting a side-by-side photograph on Instagram showing her body in 2018, she told her fans that during that time, she believed she was ‘fat’.

Israeli Instagram star Avital Cohen has won 1.2million photos with her glamorous photos of her work-outs. However, the fitness fanatic has shocked her followers by revealing that four years ago she battled a severe eating disorder

The model shared side-by-side bikini snaps, one in 2014 (left) when she was battling a ‘severe eating disorder’ and weighed just over six stone, and another taken four years later (right) after she managed to rebuild a healthy relationship with food. She now weighs just over eight stone

The emotive post that Cohen, 23, shared with her followers; the Instagram missive detailed how food became her enemy and her weight plummeted to just six stone

Speaking about her battle with food, she wrote: ‘I get a lot of messages from girls with the same question: did you always live a fit, healthy life? Sorry to disappoint you girls but NO!! 4 years ago I had a severe eating disorder.’

She continued: ‘I was afraid to eat because in my mind I was fat. Not that this is not ok but for ME it was a nightmare. I was never satisfied with my looks or my weight, never happy with myself and quite often very hard and judgmental about my body.

Cohen went on to tell her followers that she began the road to recovery by eating six ‘little meals a day’ to try and get her body to adopt to eating properly again.

She explained: ‘Food was my enemy. It’s a journey I took and embraced in order to LIVE. Since then I’m a much happier person, positive, healthier and treat my body with the love it deserves. It’s so easy to DOWNGRADE yourself while BELIEVING in yourself may be the hardest thing ever but not impossible.’ 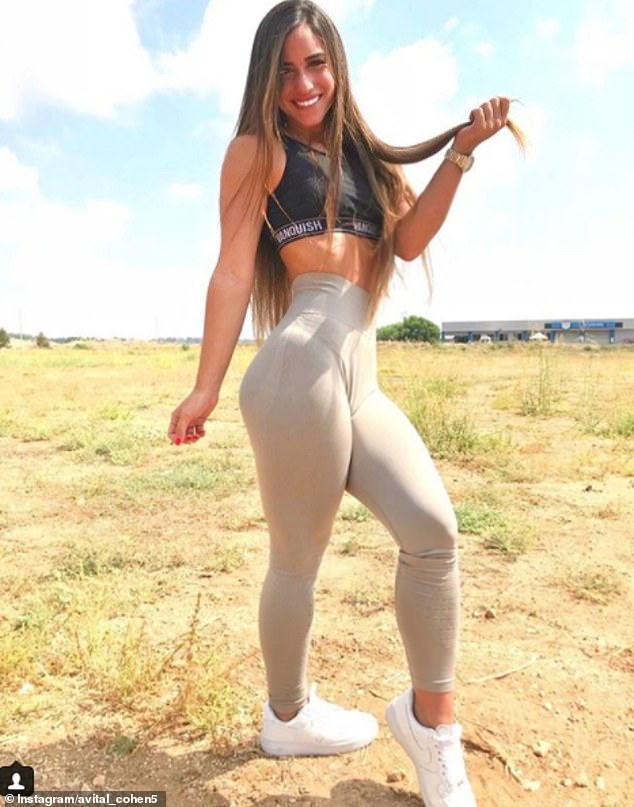 The star, who says she has a healthy relationship with her body again, was praised for showing people that you can find a way to overcome eating disorders 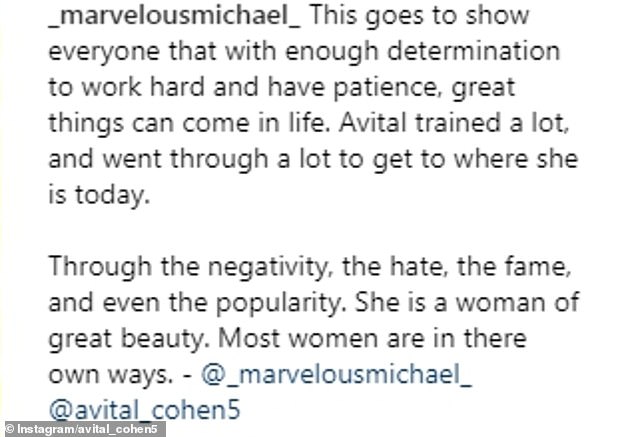 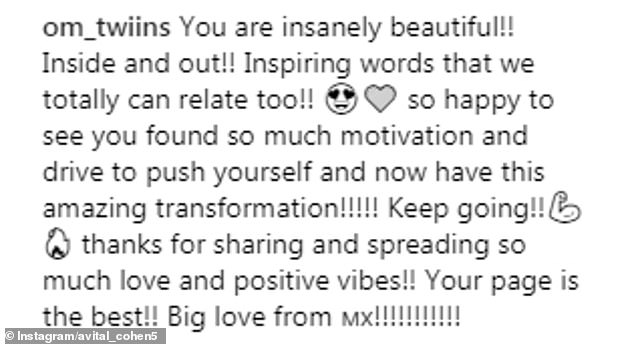 The curvy star said she’d decided to open up as a way of getting others to ‘better their lives’. The post has received a flood of praise from followers.

One person said: ‘This goes to show everyone that with enough determination to work hard and have patience, great things can come in life. Avital trained a lot, and went through a lot to get to where she is today.’

Another wrote: ‘You have to be really proud of you coz someone can see you say: ‘I can do it, like Avital!” 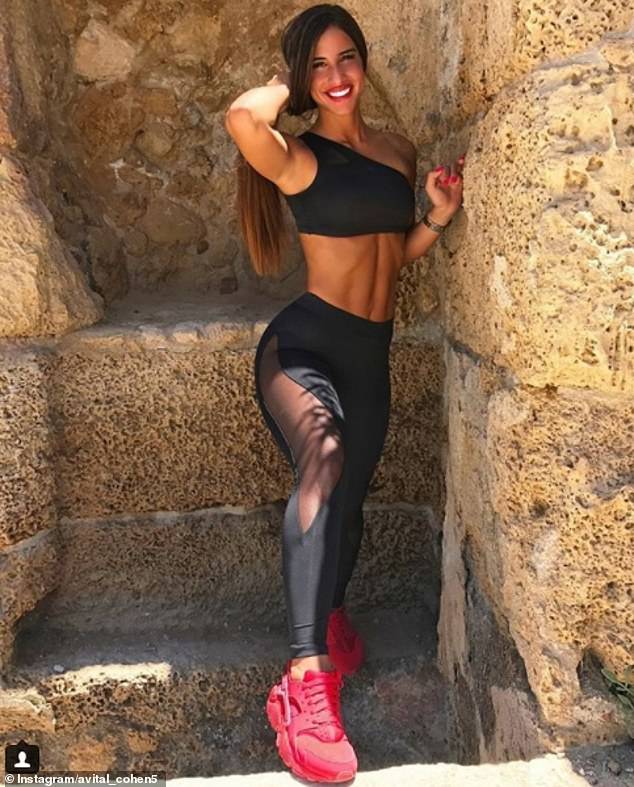 Others attempted to reassure Avital that she looked just as beautiful in both the before and after photographs.

A user speaking under the handle ‘Leandro.maciel.180410’ wrote: ‘When you see the photo you must have exercised a lot to get to that beautiful body that you have today. But even when you were younger, you were already beautiful. You were blessed with beauty, my friend.’

Another added: ‘I love that you were this open to show us the ‘behind the scenes’ and that you got out of that phase, you are gorgeous’.