Instagram star with 1.8 million followers shares the secrets to building an online empire

An Instagram star who has garnered more than 1.8 million followers and owns her own fashion line shared how she built her online empire.

Danielle Bernstein, 26, who is based in New York City, runs a fashion blog entitled Who Wore What and recently launched her own fashion line.

In an interview with Seventeen Magazine, Danielle explained why the common misconception that her job as a fashion blogger doesn’t take much effort is actually false. 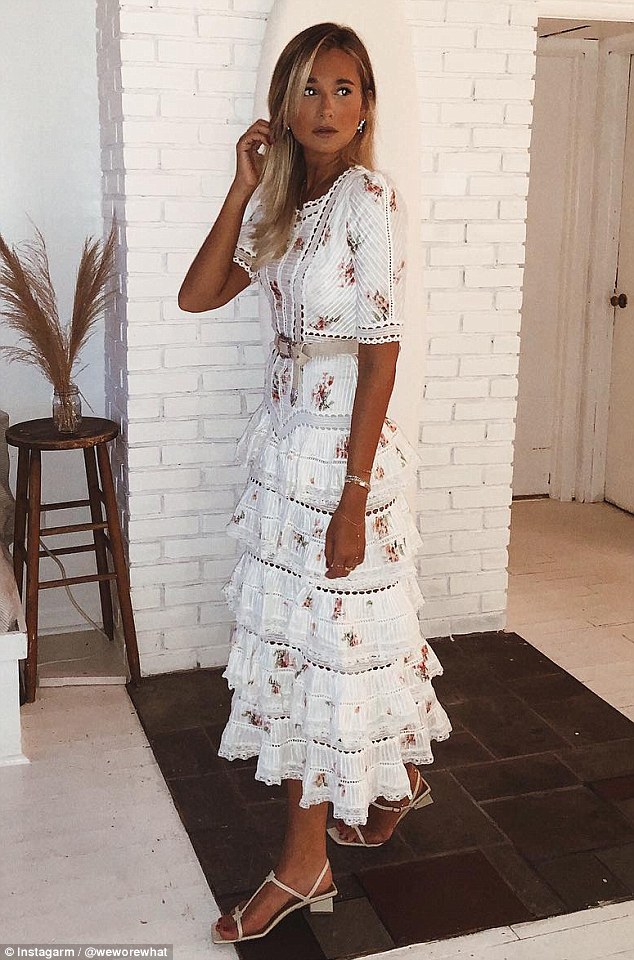 Influential: Danielle Bernstein, 26, runs a fashion blog in New York City where she covers street style and what she wears every day 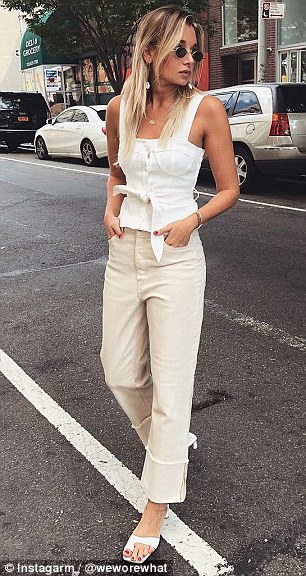 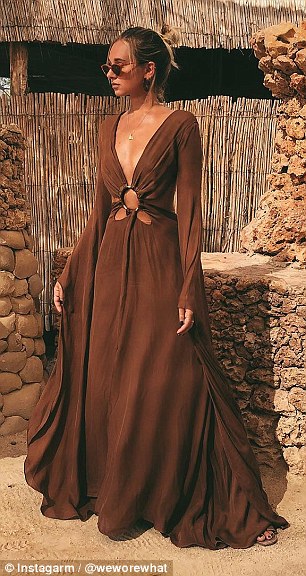 Stunning: In an interview with Seventeen Magazine, the blogger revealed what it took for her to garner more than 1.8 million followers on Instagram 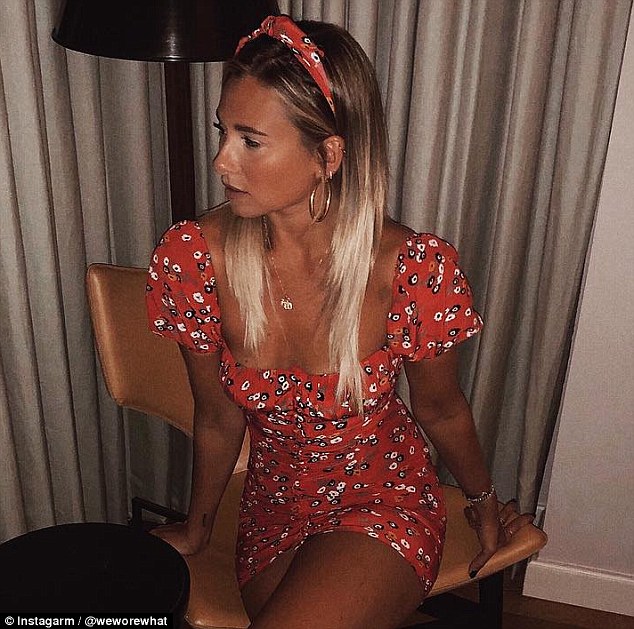 Hard work: She revealed that her job isn’t just about posting a good photo on Instagram

‘The biggest misconception people have about blogging is that it’s easy,’ Danielle told the magazine.

‘It takes a lot of motivation, drive and hard work to create a successful blog that can become a full-time career,’

She first launched her WhoWoreWhat blog nine years ago to document street style daily so people could have outfit inspiration when they are getting ready.

‘After six months, I turned the camera around to myself and WeWoreWhat developed into a personal style diary,’ she said.

The blog has since grown where Danielle has more than 1.8 million followers on Instagram where she posts at least once a day (but sometimes more than three or four times) to update followers about her outfits.

When asked about how other people can grow their own online presence, Danielle said to get comfortable with being uncomfortable.

‘Take risks — it’s fun stepping out of your comfort zone every once in a while,’ she said.

‘Don’t lose sight of what your ultimate goal is and be a fearless networker.’

Her Instagram feed is curated with a plethora of stunning images that feature a range of outfits and locations. 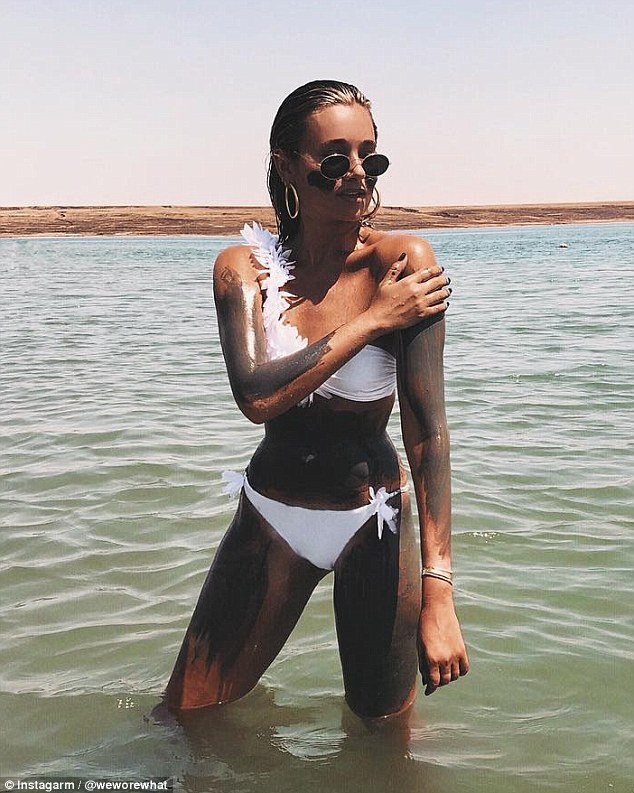 Amazing: Danielle’s Instagram feed contains a plethora of stunning images that feature the blogger in a variety of destinations outside New York City 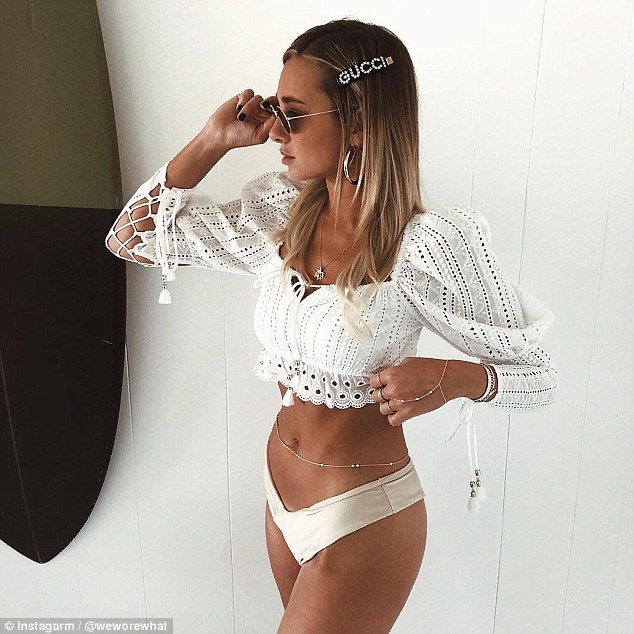 Toned: Recently, Danielle launched her own clothing line that featured her love for overalls 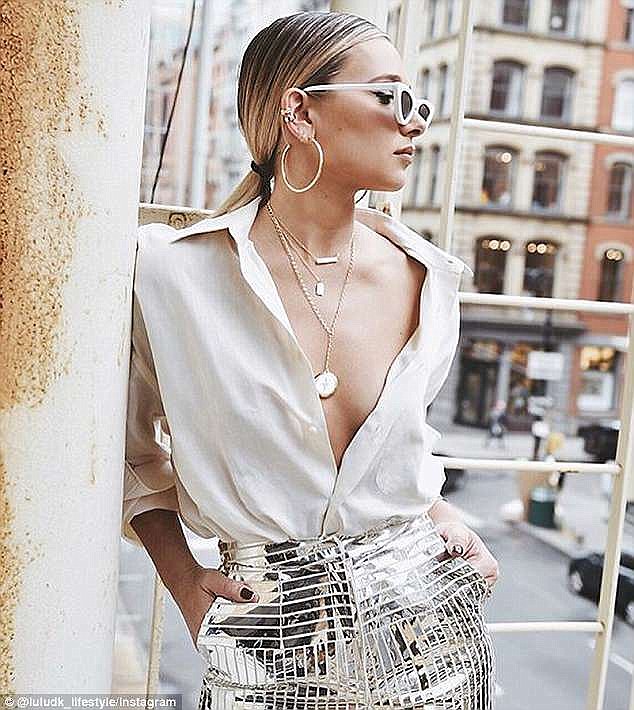 Controversy: The blogger remained away from backlash until she launched a jewelry line in May that featured pieces brands accused Danielle of copying

But this forces Danielle, who was recently named one of Forbes 30 under 30, to think every day about what her followers would like to see from her page – and it also means that capturing ‘candid’ photos on the fly isn’t really an option.

Although the photos she posts on her account have a relaxed, easy feel to them, she notes that ‘finding the best angles’ and ensuring you have good lighting are essential to capturing ‘an amazing Instagram picture’.

‘Having to always be “on” would definitely be the hardest part of my job, it’s important to recognize when to turn “off”,’ Danielle added, before noting that she thinks it is vital to ‘turn off every now and then’ by taking a break from social media.

But while creating a picture-perfect Instagram account can take its toll, Danielle’s dedication has led to a lot of lucrative opportunities.

After collaborating for a long time with different clothing brands, the fashion blogger launched her own fashion line, SSO by Danielle which allowed her to capitalize on her love of overalls – something that she had already been showcasing through her fashion-focused Instagram posts.

She also recently collaborated with Lulu DK and Nordstrom to launch her own jewelry line.

In May prior to the jewelry launch, Danielle came under fire after high-end brands accused the blogger of copying their own merchandise.

Danielle defended her budget-friendly line then but ended up pulling five offending pieces from Nordstrom to accommodate the backlash.