Instagram has launched a new feature that allows users control over how naughty their feed looks.

On Tuesday, the company unveiled its ‘Sensitive Content Control’ feature, which determines how much risqué content shows up in Explore, the section where posts from users you don’t follow appears.

Posts filtered from you feed might include sexually suggestive or violent images that don’t go so far as to break Instagram’s community guidelines.

‘We believe people should be able to shape Instagram into the experience that they want,’ the Facebook-owned platform said in a statement.

It compared the new ‘Sensitive Content Control’ feature to earlier updates that allow users to turn off comments on posts and restrict other Instagrammers from interacting with them.

But the sensitive content control is more subtle—affecting content that doesn’t break the rules but also doesn’t follow Instagram’s Recommendation Guidelines—including posts of a sexually suggestive nature; that discuss self-harm, suicide or eating disorders; that depict violent acts, or that promote tobacco and some other regulated goods.

‘We recognize that everybody has different preferences for what they want to see in Explore, and this control will give people more choice over what they see,’ the company said.

‘You can think of sensitive content as posts that don’t necessarily break our rules, but could potentially be upsetting to some people — such as posts that may be sexually suggestive or violent.’ 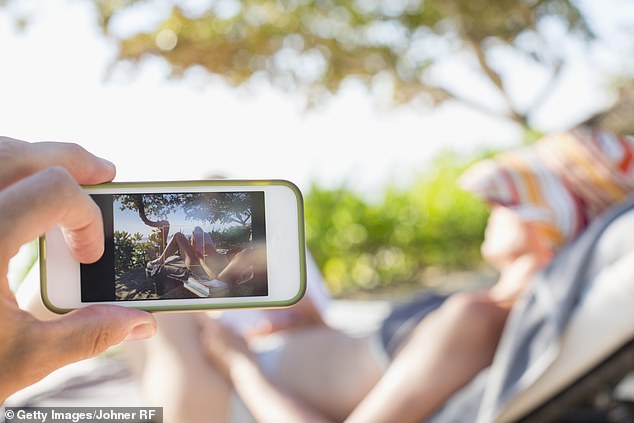 Users can limit or allow content that doesn’t break the rules but also doesn’t follow Instagram’s Recommendation Guidelines —including posts of a sexually suggestive nature; that discuss self-harm, that depict violent acts, or that promote tobacco and other regulated goods

To access the feature, users can go to their profile, tap the Settings menu in the upper right corner, tap ‘Account,’ and then tap ‘Sensitive Content Control.’

Once there, they can keep the filter at its default ‘Limit’ setting, change it to ‘Allow’ to see more sensitive content, or change it to ‘Limit Even More,’ to deploy even tighter restrictions.

‘Our hope is that this gives you more choice, another way to make Instagram work better for you,’ the company said.

Instagram clarified that the ‘Allow’ option is not available to users under the age of 18.

The popular image-sharing platform continues to walk a fine line between censorship content and subject users to content they may find objectionable.

In 2017, Instagram began blurring out some questionable posts even if they adhered to the company’s community guidelines.

An obscuring filter with a ‘sensitive content’ warning was added on top of posts that were flagged as offensive by other users. 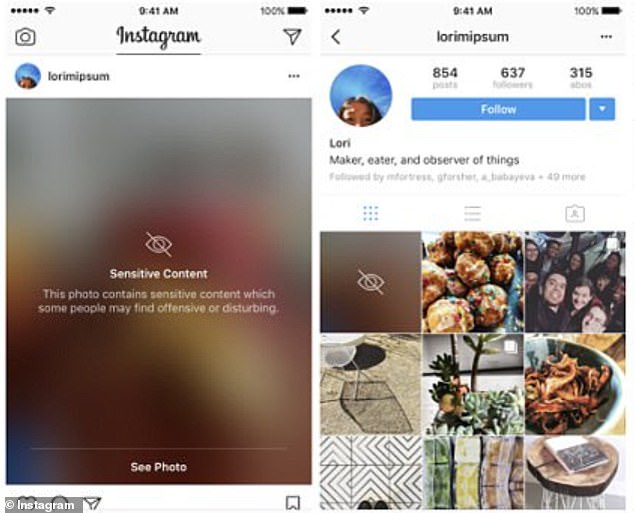 In 2017, Instagram began blurring content that was tagged offensive by other users, even if it didn’t fully violate community standards. Users can still see the filtered pictures by tapping an acknowledgement

‘This photo contains sensitive content which some people may find offensive or disturbing,’ the warning reads,

Users can still see the image or video, but must tap an acknowledgement beforehand.

It’s only applied to posts not considered offensive enough to merit being taken down by the site.

Users can’t opt out of the feature and must tap the acknowledgement on each obscured post.

At the time, Instagram claimed the feature would help stop ‘surprising or unwanted experiences.’