‘X-rays don’t just show bones!’: Andy Murray sends Twitter into a frenzy by unwittingly revealing his ‘twig and giggle berries’ to the world in Instagram snap of his injured hip

Andy Murray risks being left red-faced after his fans spotted his ‘twig and giggle berries’ in an X-ray he posted online.

The two-time Wimbledon champion, 31, today revealed he had a ‘hip resurfacing’ procedure at a London clinic on Monday.

He posted a picture of himself in a hospital gown with a cannula coming out of his arm and a copy of his X-ray to share the news with his fans.

But Instagram users were quick to point out that the scan does not just show his bones – it revealed an image of his private parts too.

One person wrote: ‘Wonder if any one realised you could see @andy_murray twig and giggle berries on the hip replacement x ray. anyway andy murrary wish you a speedy recovery.’

Andy Murray, 31, posted a picture of himself in a hospital gown with a cannula coming out of his arm and a copy of his X-ray to share news of his operation with his fans 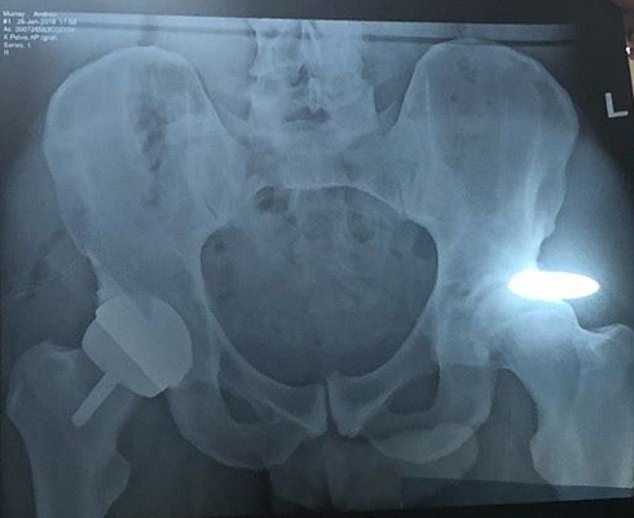 Others were less discreet, with one writing: ‘You can see the top of his d***!’

The original post read: ‘I underwent a hip resurfacing surgery in London yesterday morning…feeling a bit battered and bruised just now but hopefully that will be the end of my hip pain.’

The Grand Slam champion was debating having the procedure, which involves putting a metal plate into the joint, in a final bid to prolong his career.

He confessed to being in crippling pain as he struggled to stay in his last tournament in Melbourne.

He had previously said ahead of the Australian Open earlier this month that he intended to retire after this year’s Wimbledon.

The operation does not guarantee the Scot will be able to make a comeback, but will allow him to live a pain-free life. 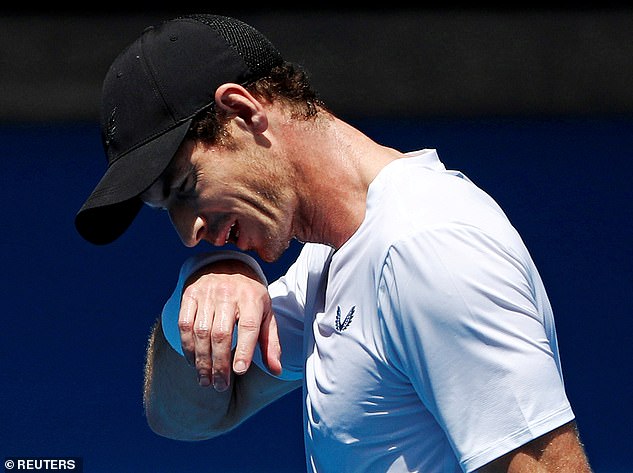 Murray was set for a farewell six months after emotionally announcing he was in too much pain to carry on in the build up to the first grand slam of the year.

But after a monumental five-set tussle with Roberto Bautista-Agut, where Murray showed he still has the ability and desire to compete at the top level, he said he would do everything he could to keep playing.

Having the surgery, which happened in London on Monday, means he might not be fit to take part in Wimbledon this summer, where he had planned to say goodbye to the sport.

And if it does not allow him to return to the court, he will have played the last game of his glittering career.

In the lead up to his operation, he was in constant dialogue with American doubles specialist Bob Bryan, who has just returned to the game following the same procedure last summer. 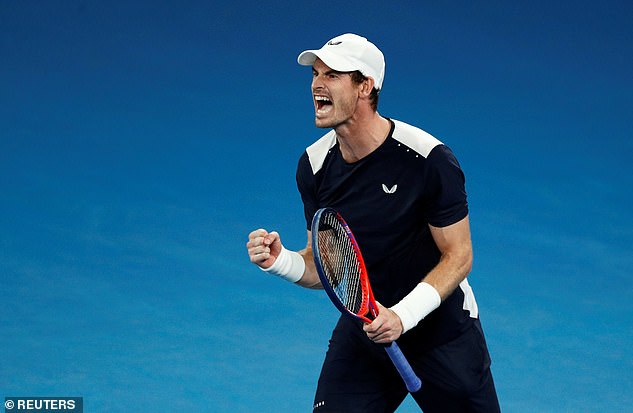 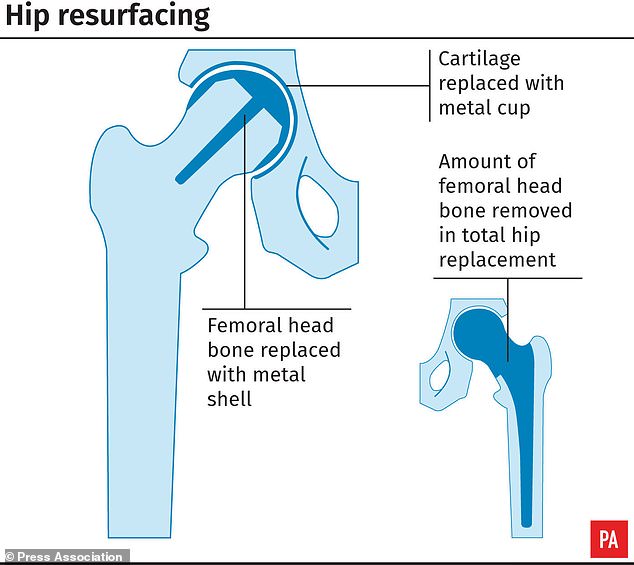