Instagram will block anti-vaxx hashtags in an ongoing attempt to crack down on medical misinformation being shared on the social-media site.

‘Short-term measures’ will include blocking hashtags associated with ‘known health-related misinformation’, including #vaccinescauseautism, #vaccinesarepoison and #vaccinescauseharm.

However, a spokesperson from the social-media giant warned it will take several weeks for the move to come into effect, with these hashtags still being active on Instagram today.

Vaccines are one of the greatest advances of modern medicine, rendering life-threatening disease that could reach epidemic proportions into rarities.

The spread of misinformation online has been blamed for the ‘anti-vaxx brigade’, which has been hailed one of the greatest threats to public health worldwide. 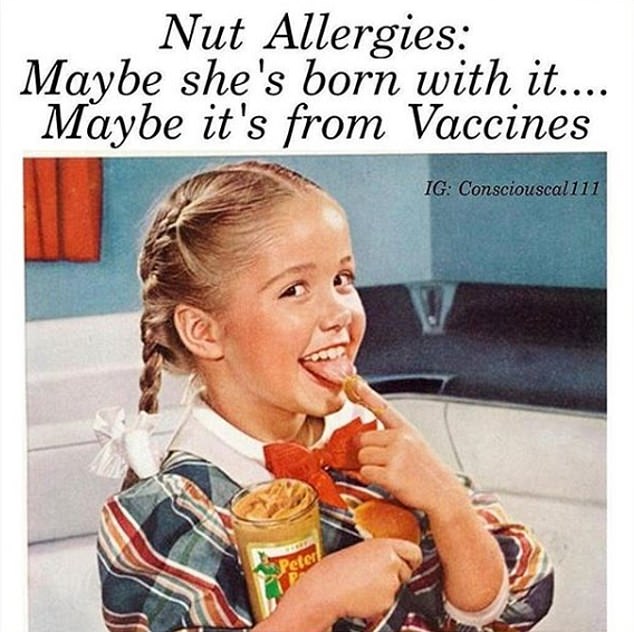 Pictured is a post that comes up under the search #vaccinescauseallergies

Vaccination fears soared following a study by the disgraced gastroenterologist Andrew Wakefield that the measles, mumps and rubella (MMR) jab can lead to autism in 1995.

‘[This includes] in ‘Suggested For You’, Explore and hashtags.

‘We noted that this process would take place over several weeks.

‘But as we take action in the short-term we know that fighting misinformation is a long-term commitment.’

Although searching for anti-vaxx content still brings up a host of results, Instagram bosses insist clicking on a blocked hashtag will soon take users to a blank page without results.

This comes after Facebook announced at the beginning of the month it will be limiting anti-vaxx misinformation from its groups, pages and news feeds.

In another attempt to crack down on the anti-vaxx brigade, Facebook has banned adverts that include ‘misinformation about vaccines’, according to a blog post put out by the social-media giant.

A controversial advert was banned on Facebook last November for claiming all jabs have the potential to kill a child.

And YouTube announced it will no longer recommend anti-jab videos to its users. 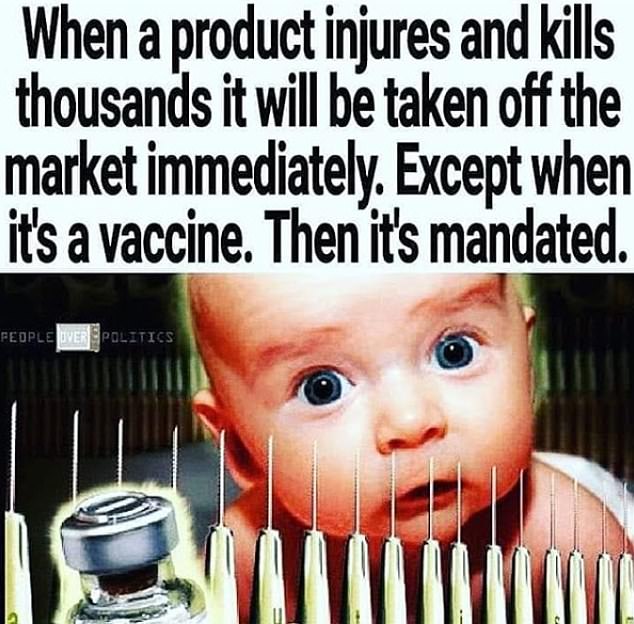 The Facebook-owned company has come under pressure from lawyers and public-health experts for not doing enough to stop the anti-vaxx brigade. Pictured is a controversial post that questions the safety of jabs that comes up when users search for vaccines 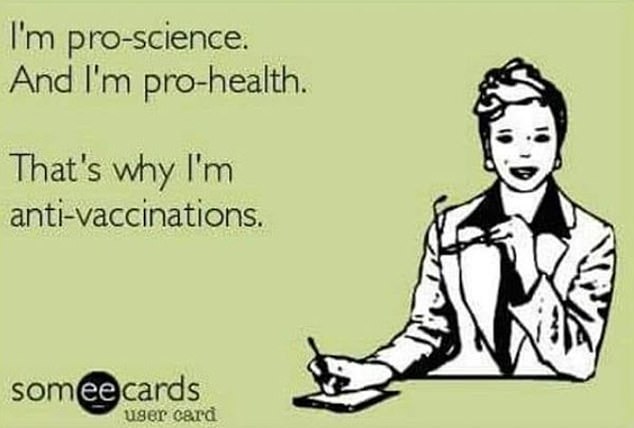 The US is in the midst of a measles outbreak, which has struck 15 states and is believed to be driven by growing anti-vaccine sentiments.

In order for vaccines to protect a population from diseases, between 90 and 95 per cent of that group needs to have gotten their shots.

But in 2017, just 70 per cent of toddlers in the US aged between 19 and 35 months old had received all of the vaccinations recommended to them by the Centers for Disease Control and Prevention.

And while the UK remains a world leader in vaccine coverage, rates have declined in nine of 12 vaccinations given routinely to children in England, figures show.