What it’s really like to work at Instagram: Employee shares a video tour of the company’s San Francisco campus – including unlimited free food, conference rooms named after Drake songs and a gaming arcade

A woman who used to work an Instagram has shared a behind-the-scenes look at the company’s impressive offices – including a campus which boasts unlimited free food, conference rooms named after Drake songs and an arcade for employees to enjoy during break time.

Christen Blaire, who now works at TikTok, posted a video to the social media platform where she revealed she used to get a shuttle bus to the San Francisco campus and cycle between meetings – because the campus covers 250 acres and more than 30 buildings.

The tech worker, who was a brand program manager on the marketing team while she worked at the company, added that her day included taking her laptop to the roof to knuckle down, before tucking into a free smoothie and dozens of snacks. 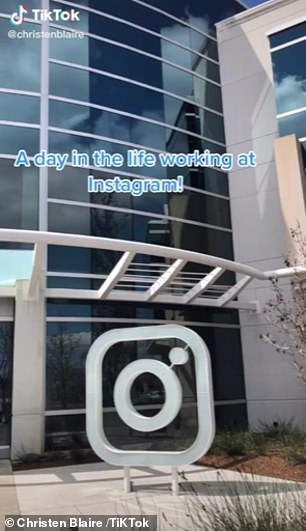 Christen Blaire (pictured, left), from the US, who used to work at Instagram, has shared a behind the scenes look at the San Francisco Instagram HQ. She revealed the campus has unlimited free food for employees and a shuttle bus to the campus (pictured right, the exterior)

Christen went on to say how she was able to travel all over the world flying business class – including to the Tokyo offices, which she branded an ‘amazing experience’.

Her meetings, which she cycled between, would take place in conference rooms named after songs by Canadian rapper Drake, including ‘Running Through the Six’ and ‘I’m Upset’.

While admitting the offices have ‘a lot of cool work spaces,’ Christen added the best part was ‘all the amazing free snacks’ – such as a waffle bar, a salad bar and coffee shops.

She explained that the lobby features a huge wall containing Instagram shots – including adorable pictures of the #catsofinstagram, while other areas are designed to be the perfect backdrop for a selfie. 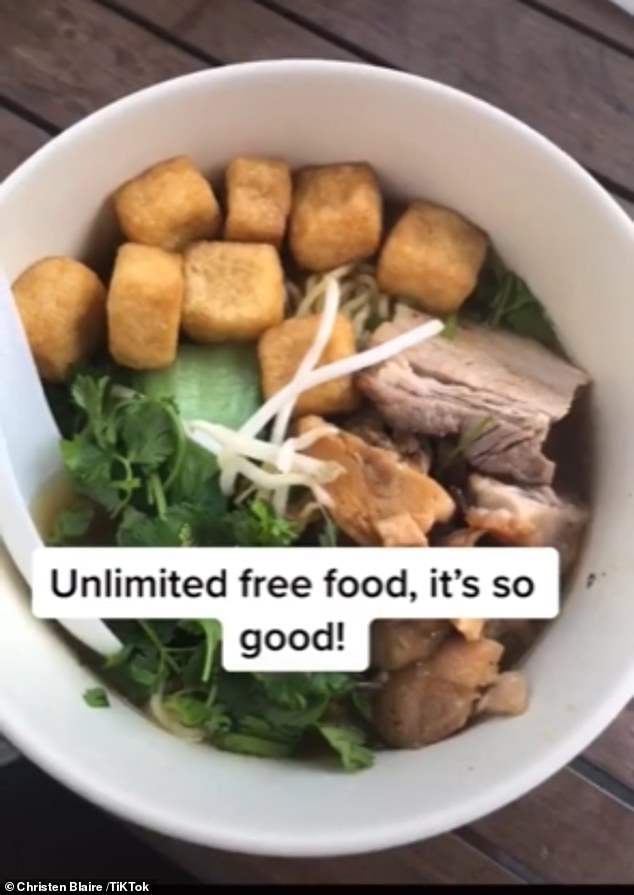 Christen, who now works at TikTok, revealed employees get unlimited free food at Instagram. Pictured, one of the dishes on offer 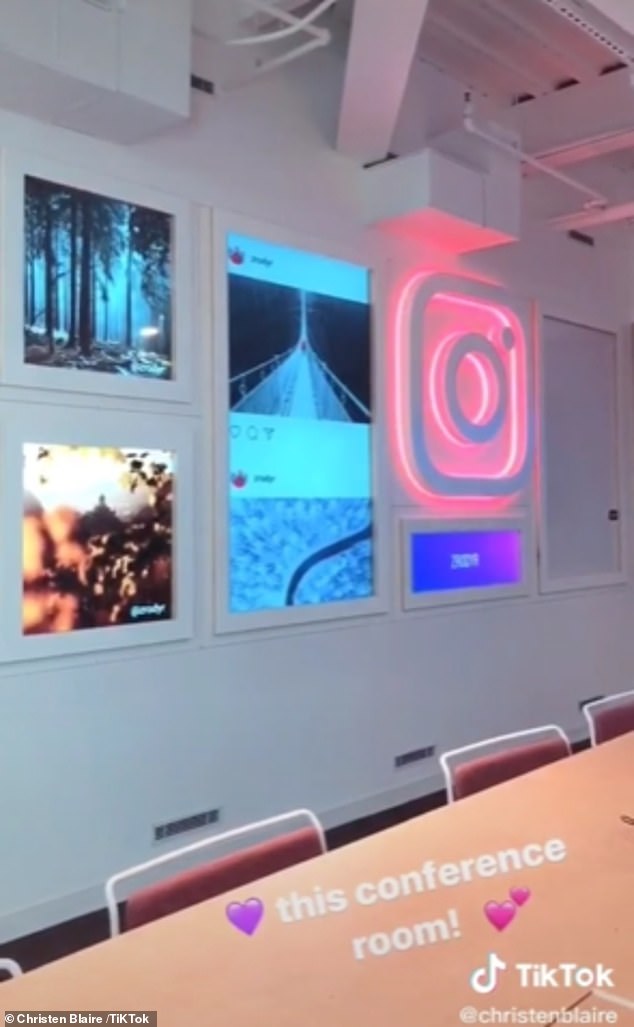 The conference rooms are named after Drake songs, and feature large screens and picture worth aesthetics (pictured)

She also added that the campus was designed to look like Main Street Disneyland and downtown Palo Alto, and contains an arcade where employees can relax as well as a sweet shop.

Christen shared a peak of the A-listers that have visited the campus and posted a video of a performance by Charlie Puth, before revealing she was able to attend Coachella for her job.

Instagram, which has more than a billion monthly users, is based in San Francisco but also has offices in New York, Paris, Hamburg, Sao Paolo and Dubai.

The video quickly garnered more than 2.7 million views, with people saying how much they wanted to work at the campus.

A third added: ‘So your job is to eat free food. Cool, I’ll be turning in my application.’

Another asked: ‘Okay since no one is gonna ask, let me how do you get a job there?’ 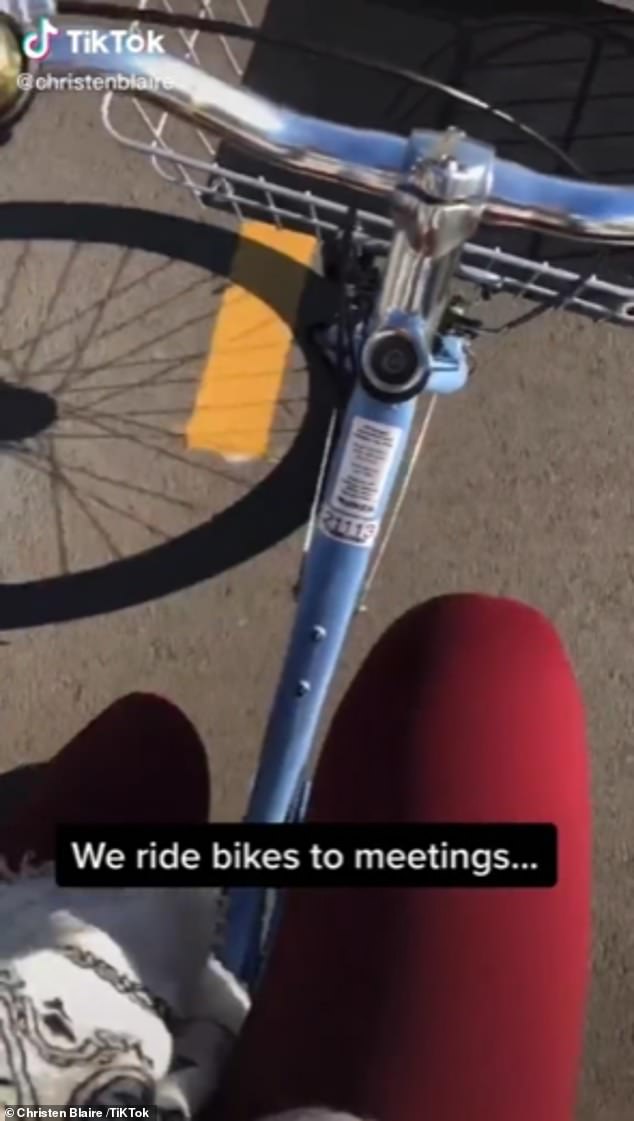 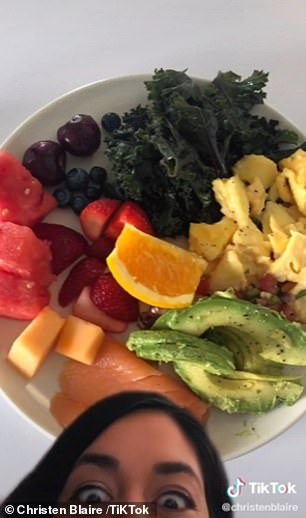 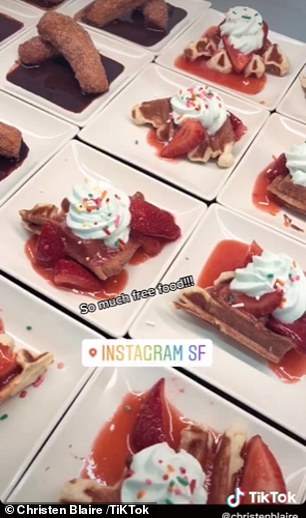 Sharing pictures of the free food, Christen said the salad bar is ‘amazing’ (left) and the waffle bar with vegan offerings and dozens of toppings 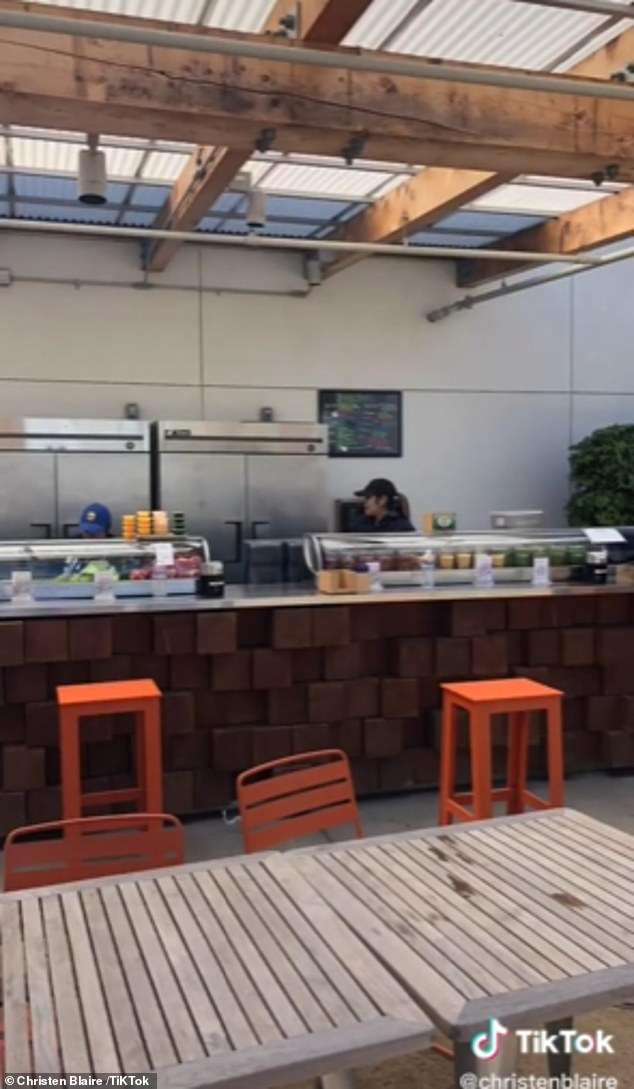 The offices also include a smoothie bar on the roof (pictured), where Christen enjoyed working from 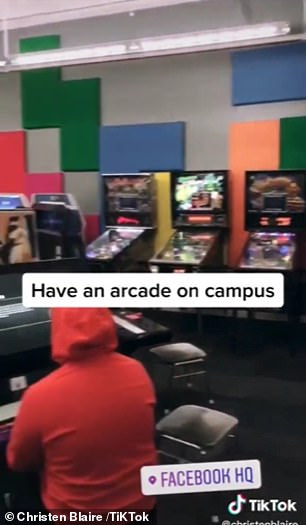 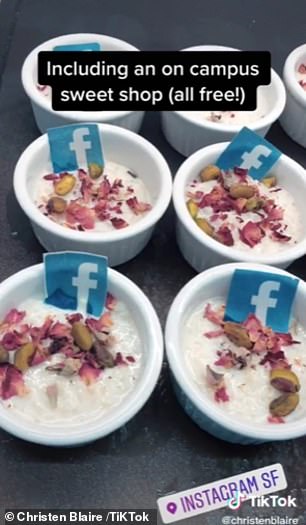