InStyle magazine has come under fire for its ‘awful retouching’ of Reese Witherspoon in a new cover shot, with fans saying the 45-year-old actress looks ‘unrecognizable’.

The Oscar-winning star was photographed in a ‘super sexy’ shoot for the cover of the US magazine’s December/January edition, out November 19.

The image, taken by Australian photographer Emma Summerton, shows Reese in a black bodice-style dress with a big, bouncy hairstyle and a dark smoky eye.

Criticism: InStyle magazine has come under fire for its ‘awful retouching’ of Reese Witherspoon in a new cover shot, pictured, with fans saying the actress looks ‘unrecognizable’ 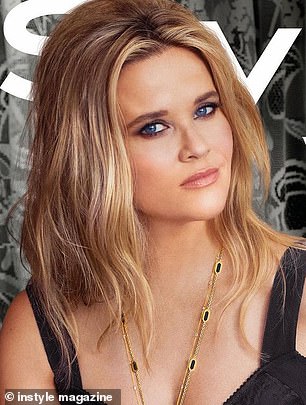 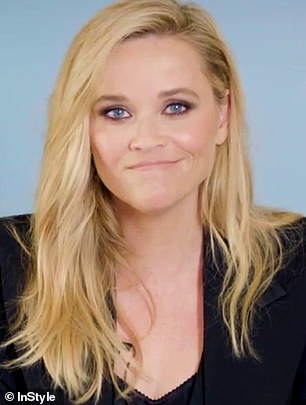 Spot the difference: The 45-year-old actress modeled the same makeup look and hair in a video interview for InStyle (right), however she looked drastically different to her cover image 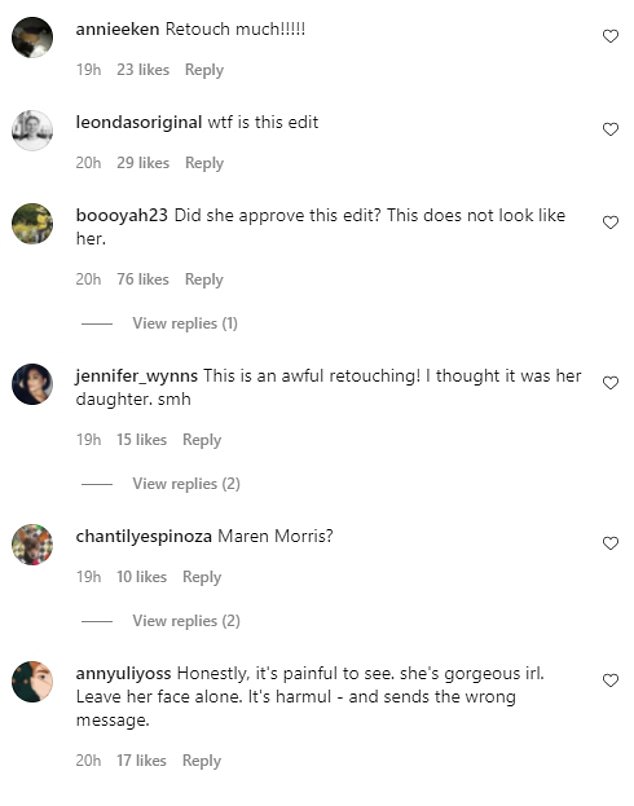 Backlash: Dozens of readers were quick to criticize the post-production on Instagram, with one commenting: ‘Did she approve this edit? This does not look like her’

It marks a dramatic change for the Oscar-winning actress, who typically presents a wholesome, all-American image.

Dozens of readers were quick to criticize the post-production on Instagram, with one commenting: ‘Did she approve this edit? This does not look like her.’

Another posted: ‘This is an awful retouching! I thought it was her daughter.’

Another reader agreed: ‘She doesn’t look like herself AT ALL. Such empowerment. Much airbrush.’

The backlash prompted a response from editor-in-chief Laura Brown, who defended the shoot and said the apparent change in Reese’s appearance was down to styling. 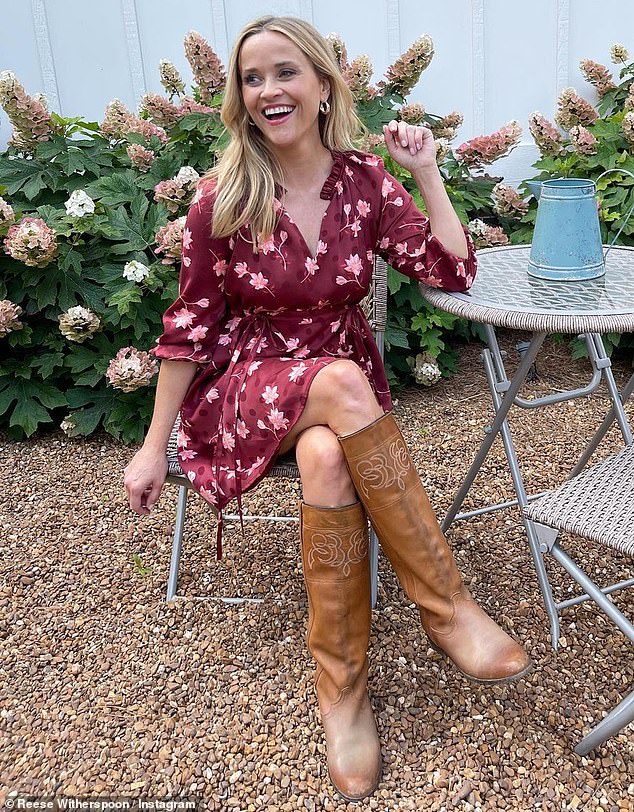 Down to styling? The cover shot marks a dramatic change for the Oscar-winning actress, who is typically presents a wholesome, all-American public image (as seen in a recent photo) Like mother, like daughter: Some fans said Reese looks more like her daughter Ava, 22, pictured, on the InStyle cover and questioned why she needed so much editing 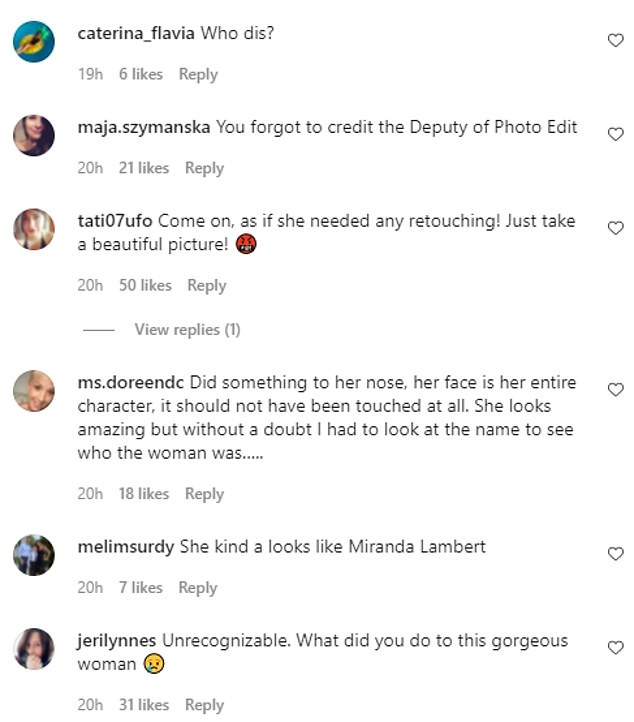 She wrote: ‘Hey team, for those commenting on retouching, the brief was super sexy, a heavy eye and big hair. You rarely see Reese like this – which was the point. We are not in the business of embalming women at @instylemagazine. Feel free to look at Reese’s in-human-form video post, following. All the best, L.’

Reese appeared happy with the final result and took to Instagram to share the cover shot with the caption: ‘Thanks for putting me on this month’s cover!

‘HUGE thanks to the creative team that made me feel like a Real Sassy Bad**s Biz Woman and biggest hug saved for my fellow bad**s biz lady @gayleking, who helped me unpack @themorningshow, what it means to be a journalist today, the sale of @hellosunshine and why women should learn to flex more! Check it out.’

In the interview Reese discussed how she was flattered to be mistaken for her 22-year-old daughter Ava Phillippe.

Defending the shoot: The backlash prompted a response from editor-in-chief Laura Brown, who said the apparent change in Reese’s appearance was down to ‘super sexy’ styling 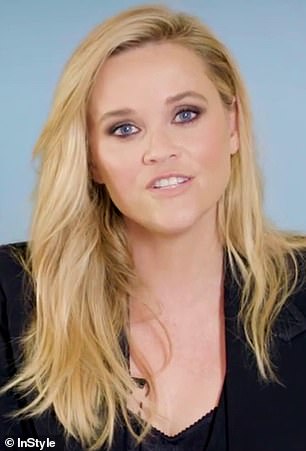 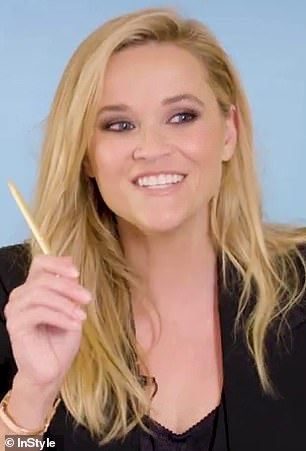 ‘It makes me feel so young. I’m so proud of her. She really rolls with it. I’m sure it’s not easy looking exactly like your mother,’ she said in the magazine, which hits newsstands November 19.

‘We talk to Zoë Kravitz a lot. Because she and her mother [Lisa Bonet] look exactly alike, so whenever Ava is frustrated, I go, “Call Zoë, text Zoë, she knows what to talk about.” I mean, that’s another mother-daughter combo that’s like identical twins.’

Witherspoon, who also has sons Deacon, 18, and Tennessee, nine, said the hardest part of parenting was ‘this little piece of doubt that you’re messing up all the time. I work really hard to get rid of it, but it’s always there.’

‘I’m 45. I know who I want to spend time with and who I don’t. And that is one of the great things about getting older — it just clears out so much space. I want to be with my mom, my kids, and the people who fill my tank. And everybody else, I wish them well.’