Iain Rogerson, who played Harry Flagg in the soap for two years, died at the Wrexham Maelor hospital on October 13.

Mr Rogerson’s character was one of several axed from the show in 2004 by ITV bosses.

The 56-year-old was admitted to hospital following a suspected insulin overdose.

He was originally born in High Wycombe, but was well-known in Chirk, north Wales, where he had lived for many years.

Mr Rogerson also appeared in Mike Bassett – England Manager, To Kill A King and Bedazzled, and appeared in shows including The Bill, Doctors, Casualty, Heartbeat and Peak Practice. 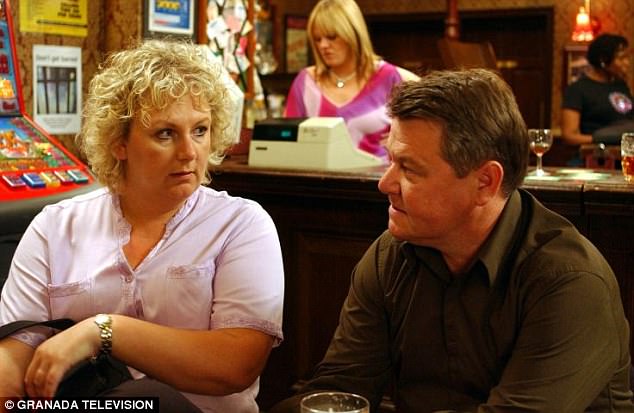 Harry Flagg offered the chance for Eileen Grimshaw to travel around Europe with him, but she declined. The actor who played him died of a suspected insulin overdose

Fans started an online petition for the character’s return after he was axed in 2004, with people from as far afield as New Zealand and Canada signed.

The Corriepedia fansite says the character was a cleaner at Manchester Airport for more than 20 years before he offered to clean Coronation Street’s Rovers Return Inn for ‘a few pints of beer and £10’.

‘Having made such a good job of it, landlord Fred Elliott took him on full-time. Soon Harry became potman and cellarman. 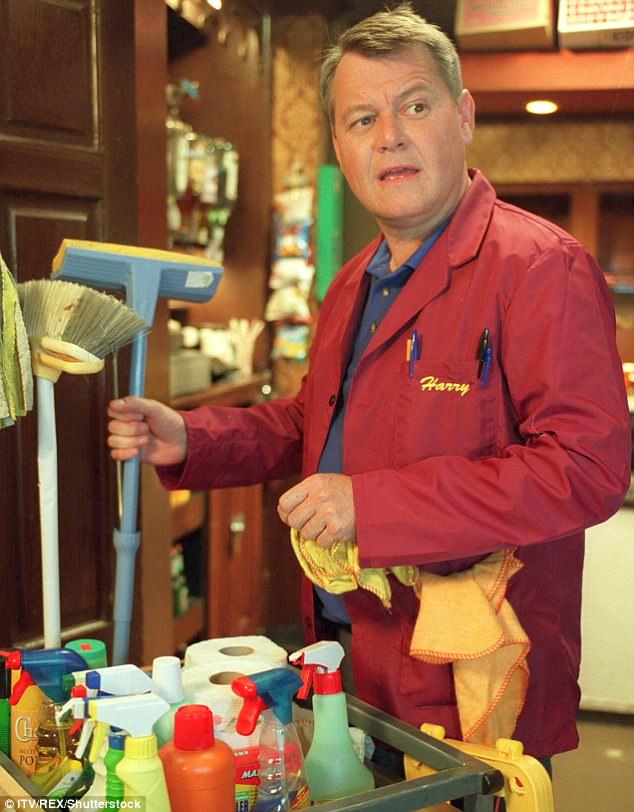 ‘He also cleaned at Underworld for Mike Baldwin, saving businessman Preston King from a heart attack at one point.

‘He clashed with Frankie Baldwin when her husband Danny took over as a shareholder in Underworld, she teased him and labelled him “Half Mast” referring to his surname.

‘Harry eventually left the Street to drive around the sights of Europe.

‘He offered Eileen Grimshaw the chance to come with him, but she declined.’

After Harry Flagg was removed from the soap, Coronation Street bosses said the ‘door will be left open for him to return’, but he never did.