Insurers view unemployed drivers such as pensioners as a higher risk

For stay-at-home mothers, pensions and students it can be a very easy – and expensive – trap to fall into.

Drivers who categorise themselves as unemployed when they apply for car insurance will pay up to £680 more for their annual policy, according to a report.

Those who are retired who describe themselves as jobless will pay almost £100 more on average.

If they say they are retired they will pay an average of £265.66 for their annual car insurance.

Pensioners who describe themselves as jobless will be charged almost £100 extra on average – taking their bill to £364. Stay-at-home mothers face paying £709 instead of £563, according to an analysis by Moneysupermarket.com

But they will pay £363.95 if they put down that they are unemployed in their application form.

The difference can be more dramatic for students who say they are jobless.

Housewives who says they are unemployed – rather than describing themselves as a housewife – will pay an average premium of £709.43 instead of £563.04.

The huge hikes might seem deeply unfair but insurers view unemployed drivers as higher risk for a number of reasons.

Car insurance companies look at how often a motorist will be using their vehicle, and view those who are out of work as likely to use their car more frequently to travel in search of work.

Given that the more you drive, the higher the likelihood of you being involved in an accident, car insurance premiums will be higher.

Insurers are also worried unemployed drivers may be more distracted because of their circumstances, so may drive less carefully. 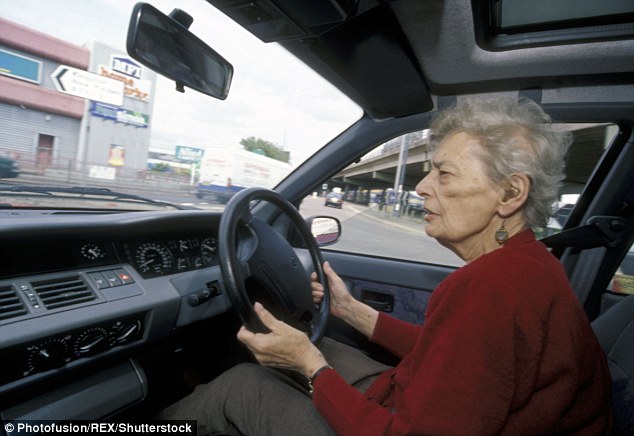 Insurers view unemployed drivers as a higher risk because they may be using their car more to look for work, travel in unfamiliar areas for interviews or not have the cash to maintain their vehicle

Or they may also be driving along roads that they are not familiar with, and trying to find new addresses to attend job interviews.

Unemployed drivers may also be viewed by insurers as less likely to maintain their vehicles, as they will have less spare cash to spend on their car.

With car insurance premiums hitting a record high off £574 at the end of last year, motorists are already feeling the squeeze.

· Kevin Pratt, consumer affairs expert at Moneysupermarket said: ‘ ‘It’s worth taking your time and exploring your options at each stage of the online journey. For example, if you describe yourself as ‘unemployed’ when in fact you’re a student, you’re retired or you stay at home to look after the home and family, you could end up paying up to 50 per cent more for your cover than you need to.’