Olivier Giroud could be reunited with former Blues boss Antonio Conte at Inter Milan as Chelsea prepare to revamp their squad following the Court of Arbitration for Sport ruling that will allow Frank Lampard to make signings in January.

France forward Giroud has scored a solitary goal and made only three starts this season as Lampard has relied heavily on youth in the Premier League and Champions League, including the emergence of 22-year-old Tammy Abraham.

Last season’s Europa League top scorer is likely to find his opportunities even more limited when Lampard is allowed to sign new players next month, but he has an admirer in Conte, who signed the targetman from Arsenal for £18m in January 2018. 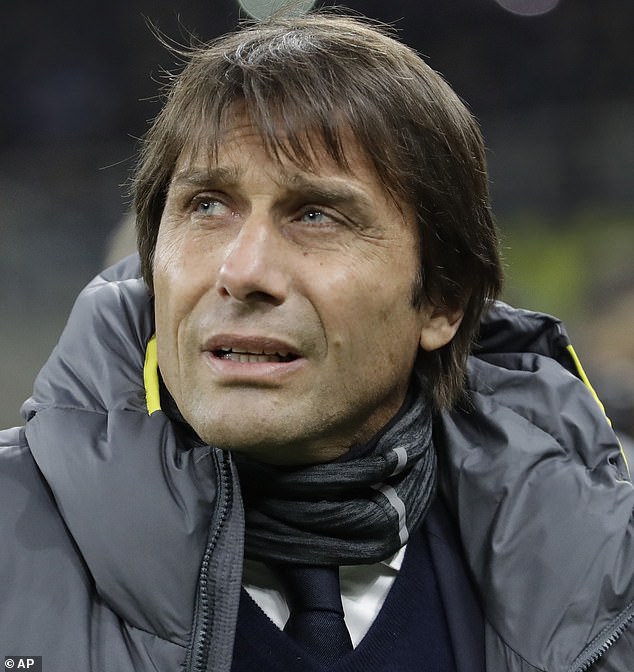 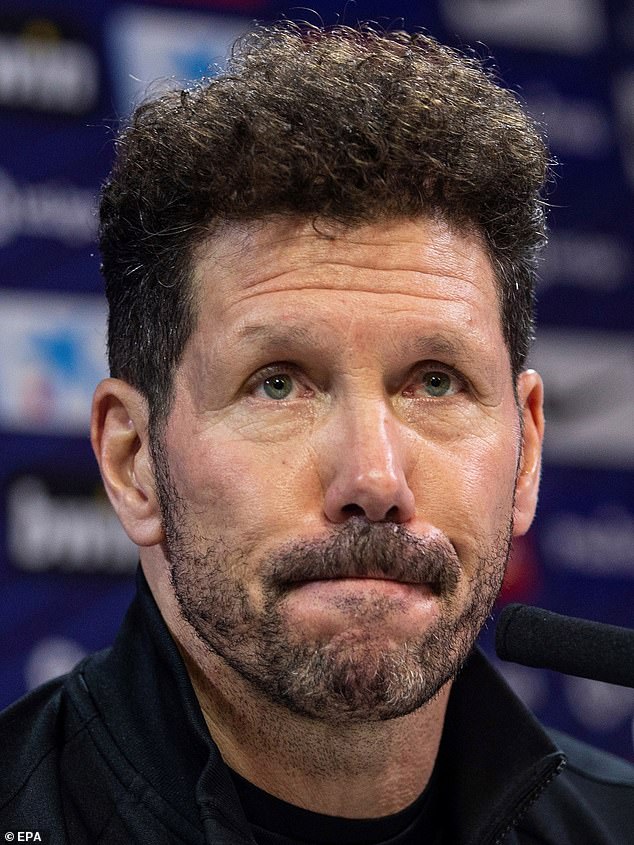 Inter crashed out of the Champions League in painful fashion on Tuesday, spurning a series of chances in a 2-1 defeat to Barcelona at the San Siro.

The Serie A leaders are heavily reliant on Lautaro Martínez and Romelu Lukaku for their goals, leaving Conte to rue their lack of a cutting edge as his strikers misfired in their Group F decider.

The Nerazzurri are leading the list of Giroud’s suitors according to L’Equipe, although Diario AS have also suggested that Atletico Madrid boss Diego Simeone will renew his interest should the club reduce the wage bill that has seen them reach their salary cap.

Simeone tried to sign Giroud on loan before the start of last season and is said to consider the targetman a viable alternative to RB Leipzig striker Timo Werner, who could cost the club more than £50m. 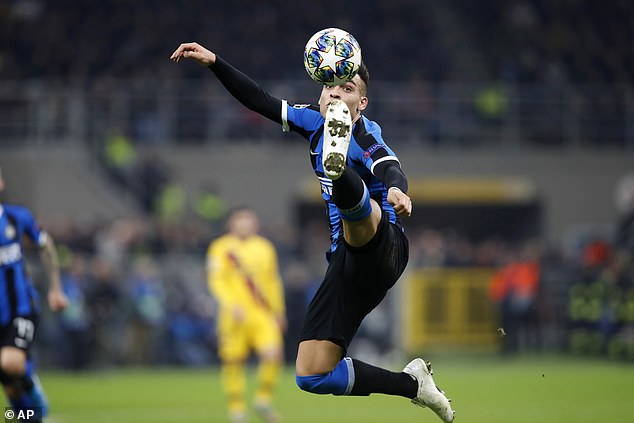 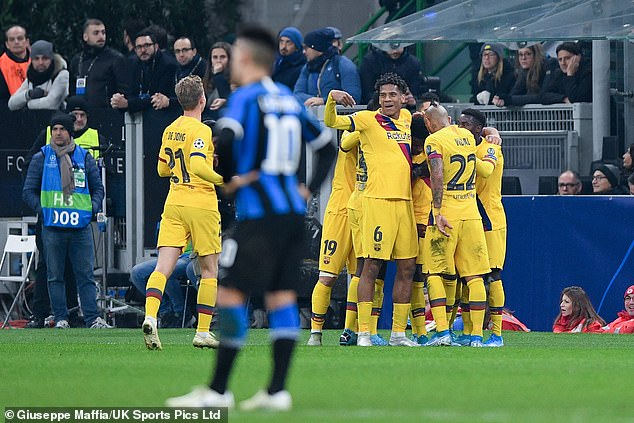 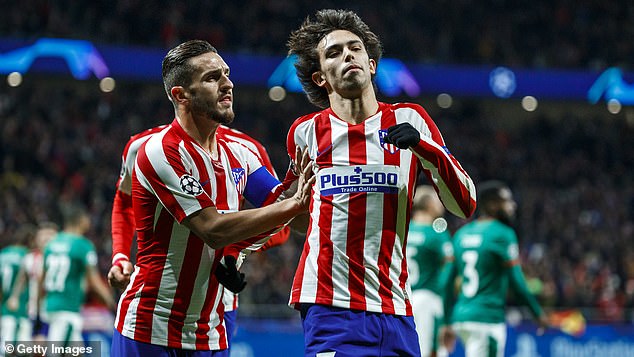 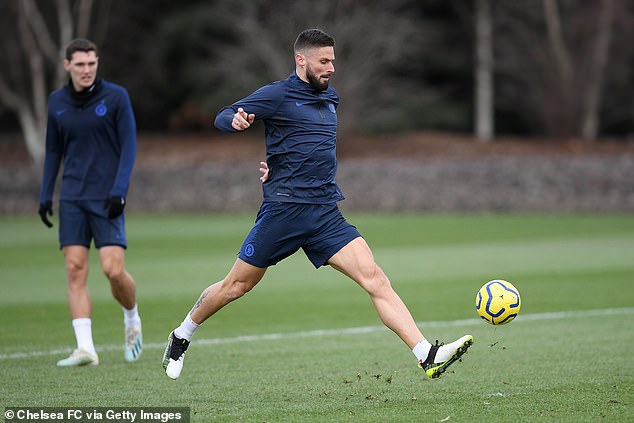 Former Chelsea strikers Alvaro Morata and Diego Costa have both failed to hit double figures so far in a season that has produced only 16 goals in 16 Liga games for Atletico.

World Cup winner Giroud, who is struggling with an ankle injury, is out of contract at the end of the season.

Speaking about the competition created by new arrivals, Lampard said: ‘I remember certain moments when the club made statement signings, like when Fernando Torres came to the club, and they were always exciting – they might not have been for the other centre-forwards.

‘When you’re a player at a club and you want it to be successful and push and push, you do get excited by players coming in.

‘On the flipside of that, if you are at centre-forward it has to drive you to react. I always think it’s healthy and par for the course at a club like Chelsea.

‘You shouldn’t expect it to be any other way. It keeps you on your toes and that’s a good thing.’