The Manchester City legend will leave the club on a free transfer at the end of the season after being told his contract will not be renewed.

A host of top clubs are interested in signing Aguero, with Chelsea and Barcelona among the European giants keen to offer him a fresh challenge.

Inter are also monitoring the Argentine’s situation according to Calciomercato, with Conte an admirer of the 32-year-old following a decade of success in England.

They claim that the former Atletico Madrid star is the club’s ‘dream’ signing, with Roma’s Edin Dzeko and Chelsea’s Olivier Giroud also on their shortlist.

The age of Dzeko, 35, and Giroud, 34, is said to be an ‘obstacle’ to any deals being done this summer as Conte looks to build on an impressive season in Italy. 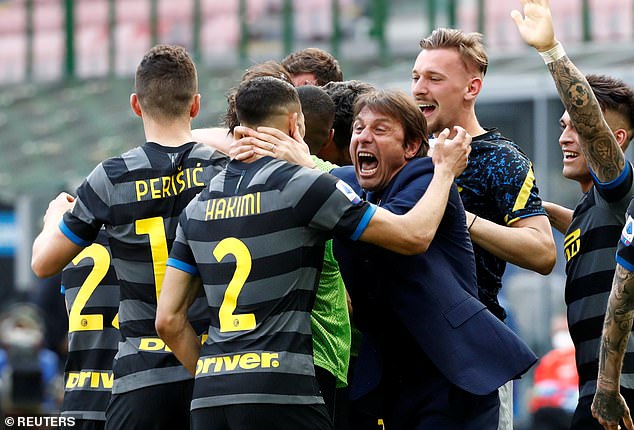 Inter are 11 points clear at the top of the table and are closing in on their first title since 2010, with Romelu Lukaku and Lautaro Martinez spearheading their attack.

Aguero would add quality competition up-front, although he may look for a more guaranteed starting role given his lack of playing time for City this season.

Conte is no stranger to a raid on the Premier League, having signed a host of stars from England’s top-flight since his arrival at the San Siro in 2019. 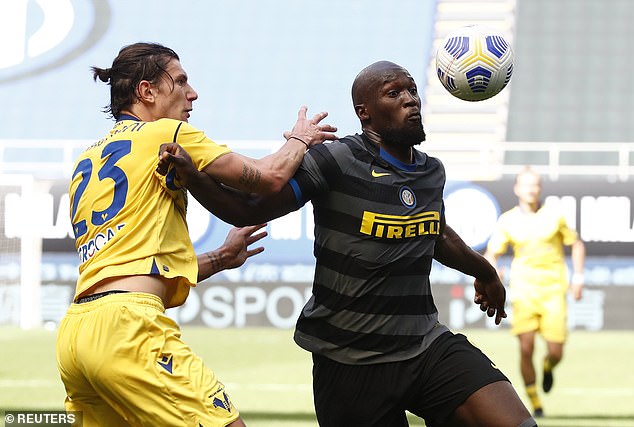 The same report also claims that Conte is in the market for a new left winger and a central midfielder when the transfer window reopens.

Chelsea’s Emerson Palmieri, Ajax full back Nicolas Tagliafico and Liverpool star Georginio Wijnaldum, who is out of contract this summer, are all mentioned as possible options.