Inter Milan’s stars have arrived at Wembley stadium to take in their surroundings ahead of their Champions League clash with Tottenham on Wednesday evening.

The Italian side walked on the turf while others admired the stadium from the touchline as the rain poured down on a soaking wet night in north west London.

Radja Nainggolan and Co had the umbrellas to hand as they took in the view of Spurs’ temporary home on Tuesday evening. 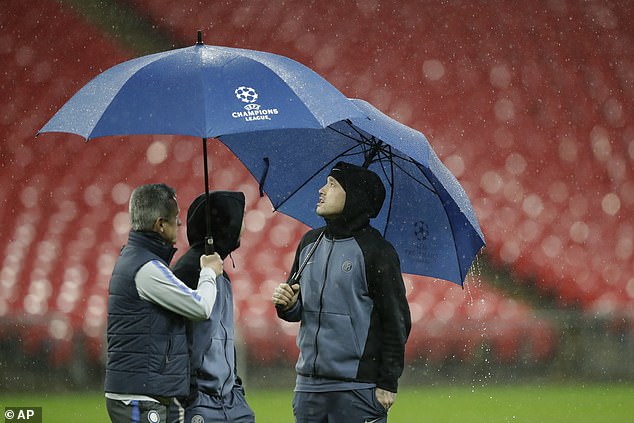 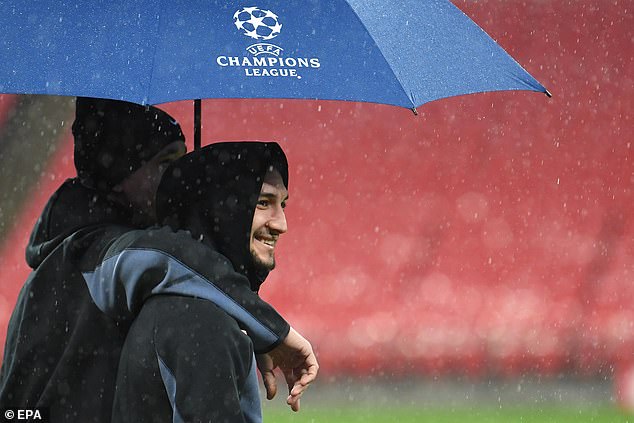 Inter got the better of their Premier League opponents the last time the two sides met at the San Siro earlier this season, as Mauro Icardi and Matias Vecino scored late goals to win it back in September.

Tottenham will be without a number of key men for Inter’s visit, including their young Argentine defender Juan Foyth who has recently impressed after a run in the first team.

Foyth had to be omitted from Spurs’ original list of names submitted for the competition, a decision that Mauricio Pochettino has described as ‘painful’. 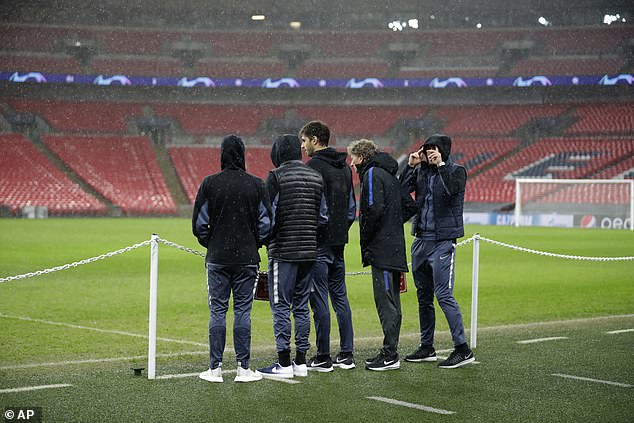 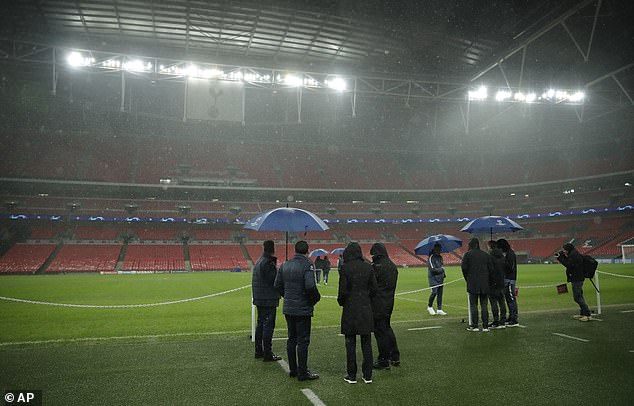 ‘That is so painful,’ said Pochettino, when asked about Foyth’s absence. ‘It’s a mistake we made which at this level of football we cannot repeat again. We need to find solutions before the start of the season. I was disappointed from the beginning.

‘I told you we needed English players, but it was impossible and now it’s so painful to have a player out of the list.

‘We hope that in March we can include him on the new list for the Champions League. Not only him, also N’Koudou and Janssen out of the squad.’