Javier Zanetti has opened up on Inter Milan’s economic woes, revealing that the club do have ‘serious financial problems’ just days after they finally regained power in Serie A.

Inter were crowned Serie A champions for the first time since 2010 on Sunday after Atalanta could only manage a 1-1 draw with Sassuolo but their financial worries are lingering in the background amid uncertainty over the club’s ownership.

Antonio Conte’s position as manager remains uncertain due to the financial situation caused by the ongoing Covid pandemic, and it has been reported that owners Suning Holdings Group have considered selling the club. 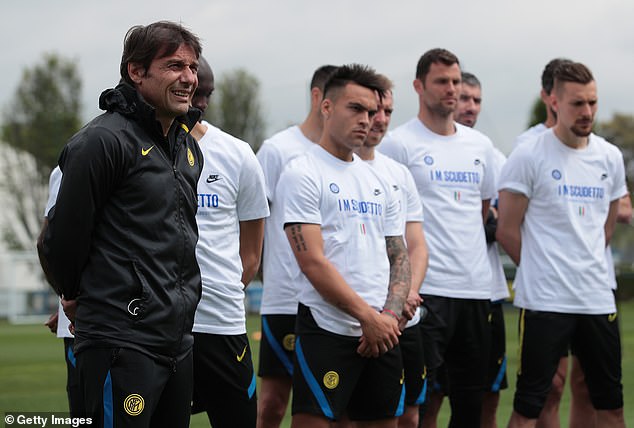 And vice-president Zanetti has confirmed Inter’s worries, while insisting that it could take a ‘couple of years’ to balance out their finances.

‘It’s true that the club could’ve been sold mid-season,’ the former Inter captain told La Nacion, as quoted by AS.

‘We were going through serious financial problems, even if we weren’t the only ones in such a difficult moment.

‘I saw that as a club we can still improve. The coach has done something extraordinary over two years, now it’s up to us to improve the internal mechanism and aspire to something more.

‘The financial problems remain and it could take a couple of years to rediscover that balance. We need people back in the stadium to make the sponsors happy. Basically, a return to normality. 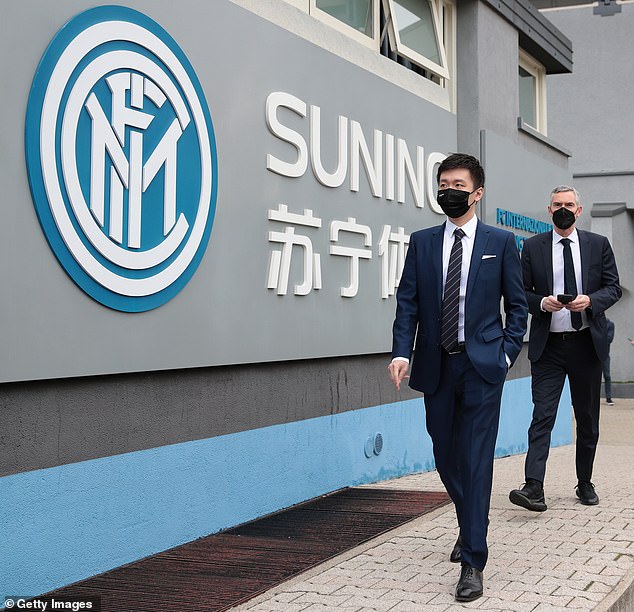 ‘We mustn’t hide, it is a delicate moment, but we want this so we can take a bigger step forward. What we need is an over-reaching strategy that guarantees sustainability in the long-term.’

Inter were hit extremely hard during the Covid-19 pandemic, and the owners – Suning – were forced to halt operations at its Chinese football clubs due to financial jeopardy.

After that news emerged, Milan had been forced to reiterate Suning’s financial commitment to the club in a statement designed to reassure supporters.

‘As part of ongoing capital structure and liquidity management, the business and our ownership are in talks to provide a range of solutions in this respect,’ the club said.

‘While Suning have confirmed their commitment to financially support the club with or without additional external support, it is also sensible and prudent to look outside.

‘With that in mind, Suning appointed key advisers in Asia to work with them to find suitable partners, be that with an injection of equity capital or otherwise. Talks with key potential partners in this respect remain ongoing.’ 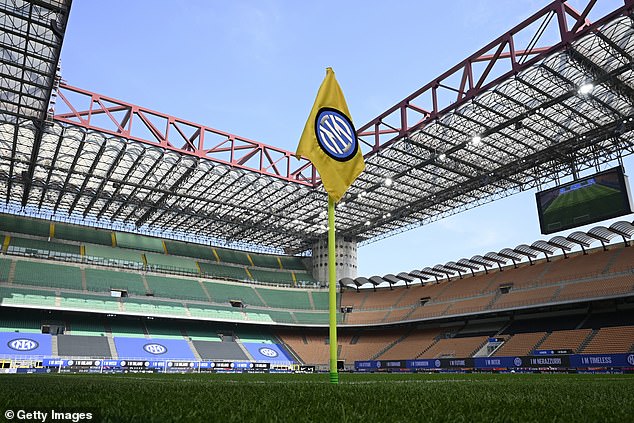 The Nerazzurri president Steven Zhang initially joined up to the doomed European Super League in a bid to solve the economic problems plaguing the club.

However, following the furious backlash that followed across Europe, the Serie A giants decided to back out.

With Inter struggling financially, it is looking increasingly unlikely that the club will be able to keep intact the team that has just conquered Serie A.

While Conte’s future remains uncertain, Romelu Lukaku is one player who could potentially leave in the summer having been linked with a big-money return to the Premier League.