Inter will qualify for the last 16 as Group B runners-up if they better Tottenham Hotspur’s result in Barcelona.

Coach Luciano Spalletti said that Nainggolan had still not fully recovered from the ankle injury which forced him out of the Champions League match away to Tottenham two weeks ago when a 1-0 defeat left Inter’s fate out of their hands. 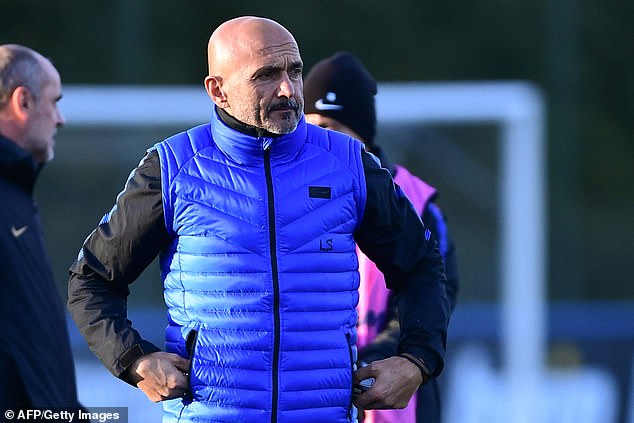 ‘Vecino? He probably won’t be available for the match while Nainggolan needs to work for a few more days to not be at risk of his injury repeating itself,’ said Spalletti.

‘This match is the most important one since I’ve been here,’ added Spalletti, who led Inter back into the Champions League after a six-year absence in his first season at the club.

‘Inter certainly hasn’t lost a sense of conviction even if we showed some small lapses in concentration in the last game over the course of the 90 minutes,’ he added.

‘I don’t see any issue with it, lots of other players from different teams were there too, it certainly wasn’t strange for him to be there,’ he said. 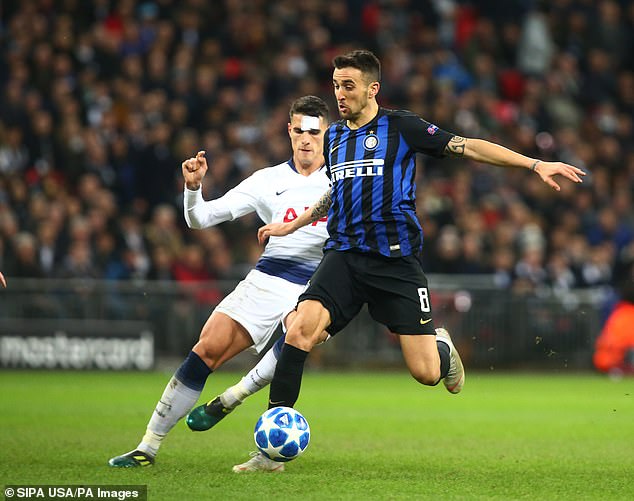 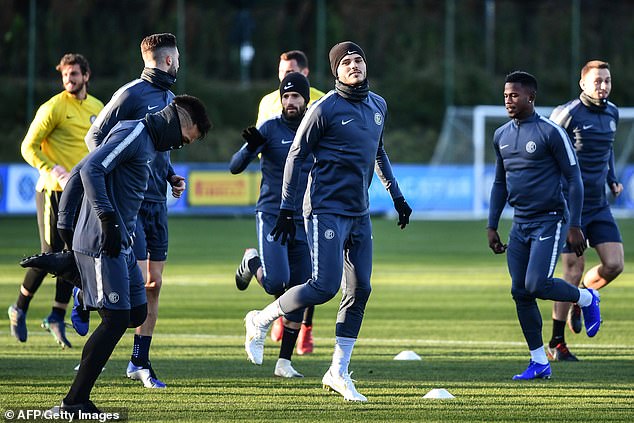