A fascinating new interactive map reveals the evolving travel habits of Britons between 1994 and 2017.

The map also indicates that France was the second-most popular place to visit over that time, with 155,700,981 visitors.

A fascinating new interactive map reveals the evolving travel habits of Britons between 1994 and 2017. And Spain is the winner. Pictured is Cibeles Fountain in Madrid

The map shows the volume of travellers as tiny dots streaming out from the UK to different countries around the world, shifting slightly as time goes on. As an added element, it’s possible to click on individual countries and regions to view how much tourism they’ve been getting from the UK since 1994.

The map indicates that one of the least popular places to visit for Britons is Eastern Europe. For example, in the past 25 years, only 462,000 visitors have flown to Lithuania from the UK.

Russia is similarly unpopular, with only 799,000 visitors in the same period.

Other less-visited countries include Japan, China and Finland.

Latin America has had 2.9million visits, peaking in 2007, and Australia, four million.

The map was generated by QuickQuid, which used data from the Office for National Statistics and the International Passenger Survey to ‘observe the fluctuating summer migration patterns of the UK’s citizens over the past two and a half decades’. 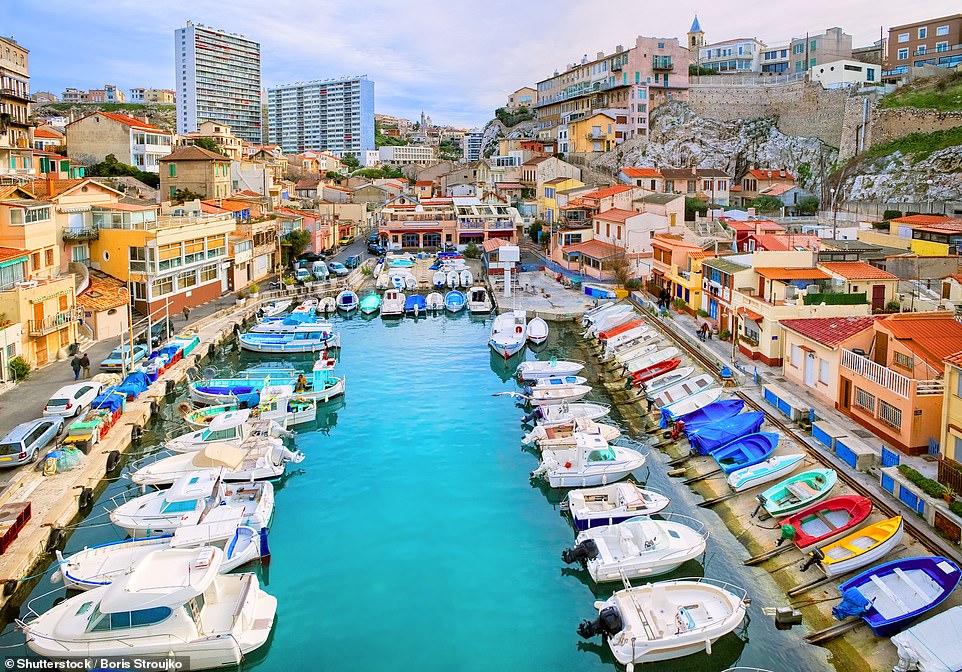 The map indicates that France was the second-most popular place to visit since 1994 for Britons, with 155,700,981 visitors. Pictured is a cute harbour in Marseille