A woman has shared how she transformed her shabby garden into a serene space for less than £200 – and her pet pooch is a fan.

Yasmin Fatollahy, 31, an interior designer from Gateshead, northeast England, decided to give her neglected outdoor space a much-needed revamp – but didn’t want to break the bank.

Determined to give her dachshund Cyrus a nice spot to frolic in, Yasmin set about on the transformation.

After purchasing her home in 2018 and doing much of the renovations herself, the DIY-buff shared how to create the illusion of a larger outdoor space by setting a flowing base layer using stone chipping. 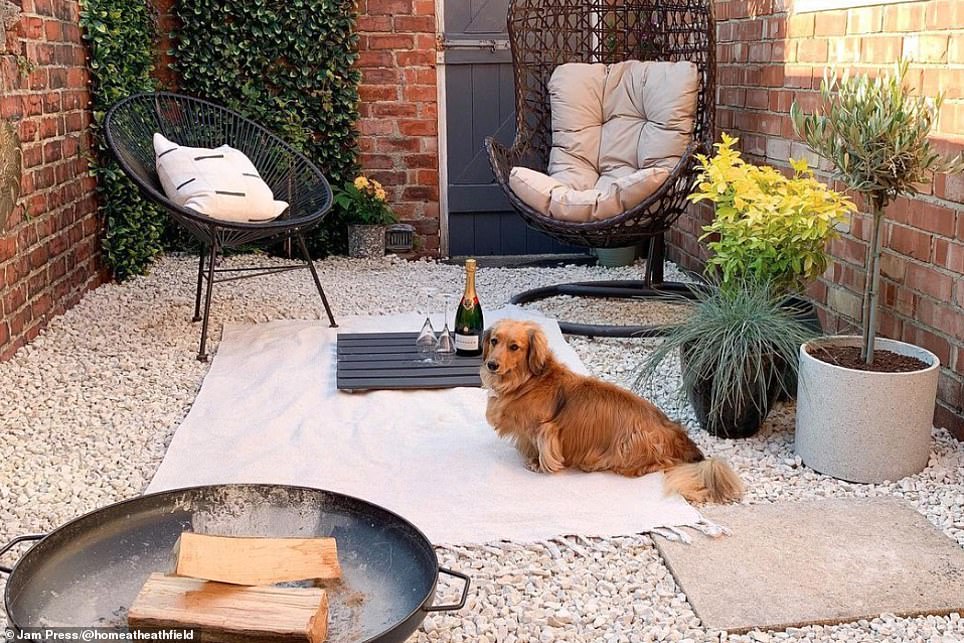 Yasmin Fatollahy, 31, an interior designer from Gateshead, northeast England, decided to give her neglected outdoor space a much-needed revamp – but didn’t want to break the bank. Pictured: the garden before and after 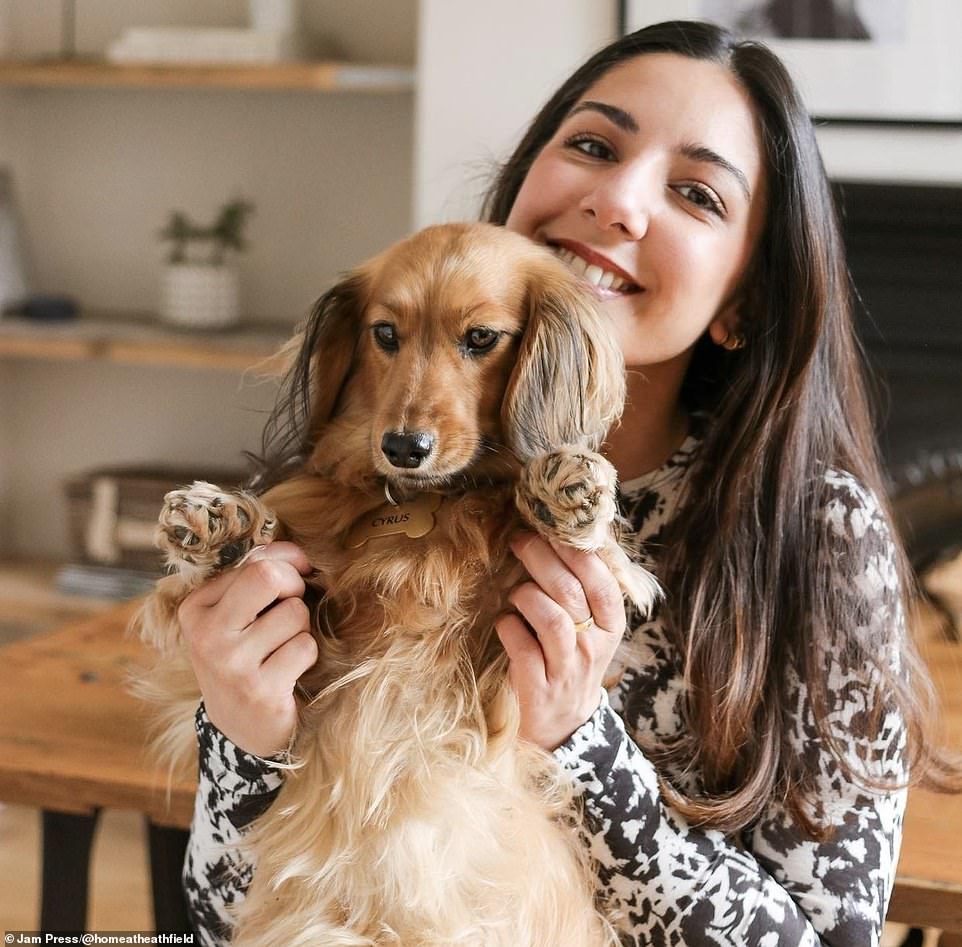 She said: ‘You can then bring out personality with plants, furniture and accessories rather than focusing on creating separate spaces through different mediums of base-layers in an already limited space.’

Further reflecting her passion for custom pieces in her upcycling projects, Yasmin says that she was able to upcycle various plant pots by repainting them with left-over paints she had had from previous projects.

Before the transformation, the outdoor space was bare and covered in weeds.

It was filled with bits of camping furniture and Yasmin’ recycling bins, which didn’t made for a welcoming view, but Yasmin got to work. 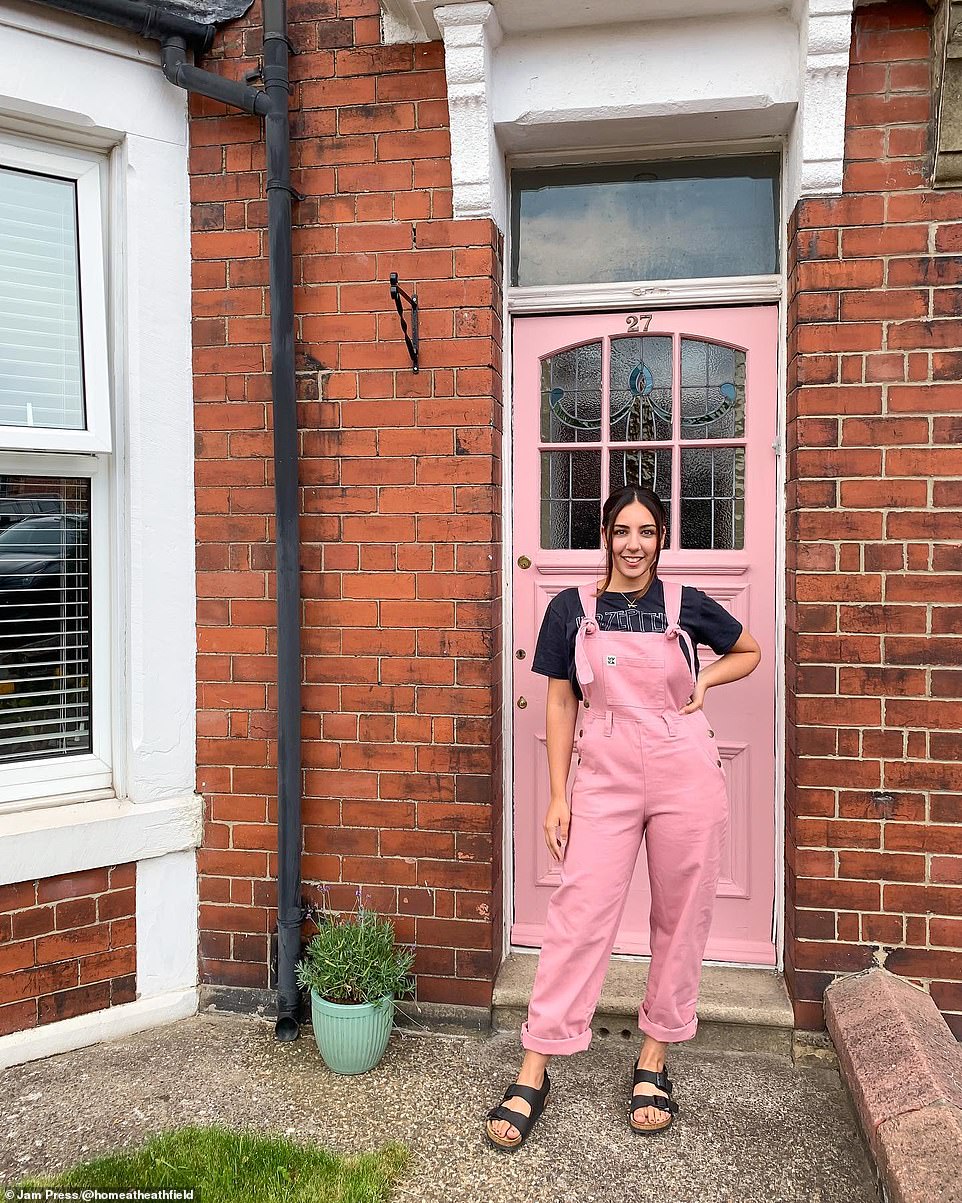 Yasmin purchased her home in 2018 and did much of the renovations herself. The DIY-buff shared how to create the illusion of a larger outdoor space by setting a flowing base layer using stone chipping 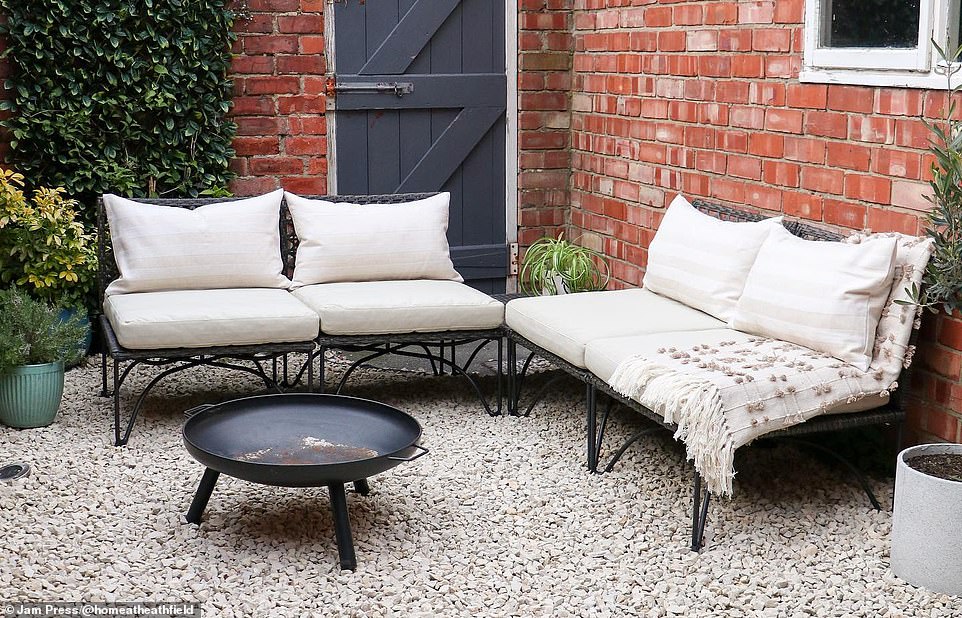 The interior designer furnished the outside area with trendy benches she decorated with white linen and cream cushions, and added a fire pit

One of her neighbours made her a large wooden planter box and gifted it to her for the space.

Yasmin added: ‘One of the better things to come out of national lockdown was making strong relations with neighbours and having a sense of community.’

She then added various plants and flowers to spruce up the blank red brick walls, and purchased some new furniture from IKEA for £45, as well as bringing out existing pieces to furnish the garden.

She said: ‘I spent around £50 on plants and flowers as I wanted a sense of having a garden where wildlife and insects could have a place to visit. I have so many bees come to visit, and I’ve had a lot of sparrows coming to eat the seeds from my birdhouse.

‘Buying flowers that give off a scent throughout their blooming period is an added bonus to the enjoyment of sitting outdoors.’

In total, the transformation cost just £198.80, and Yasmin is thrilled with the results, sharing pictures with her 56,000 followers on Instagram (@homeatheathfield).

Speaking to Bloom and Wild, she shared her top DIY tip: ‘Don’t be scared to get your hands dirty – you will have a real sense of achievement if you complete the work yourself.’ 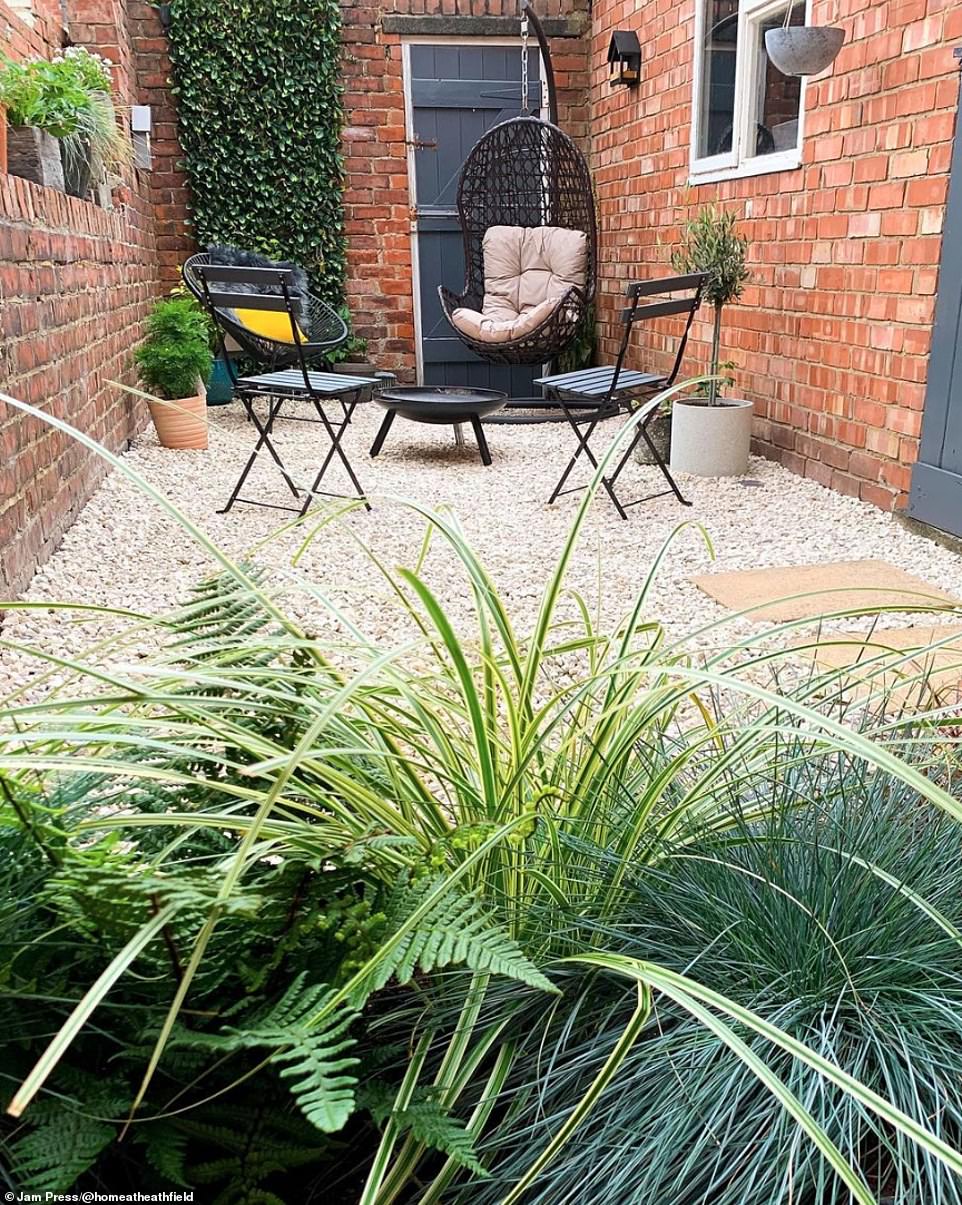 On top of the comfy benches, Yasmin also added outdoor chairs and an egg chair in which she can relax during the long summer days 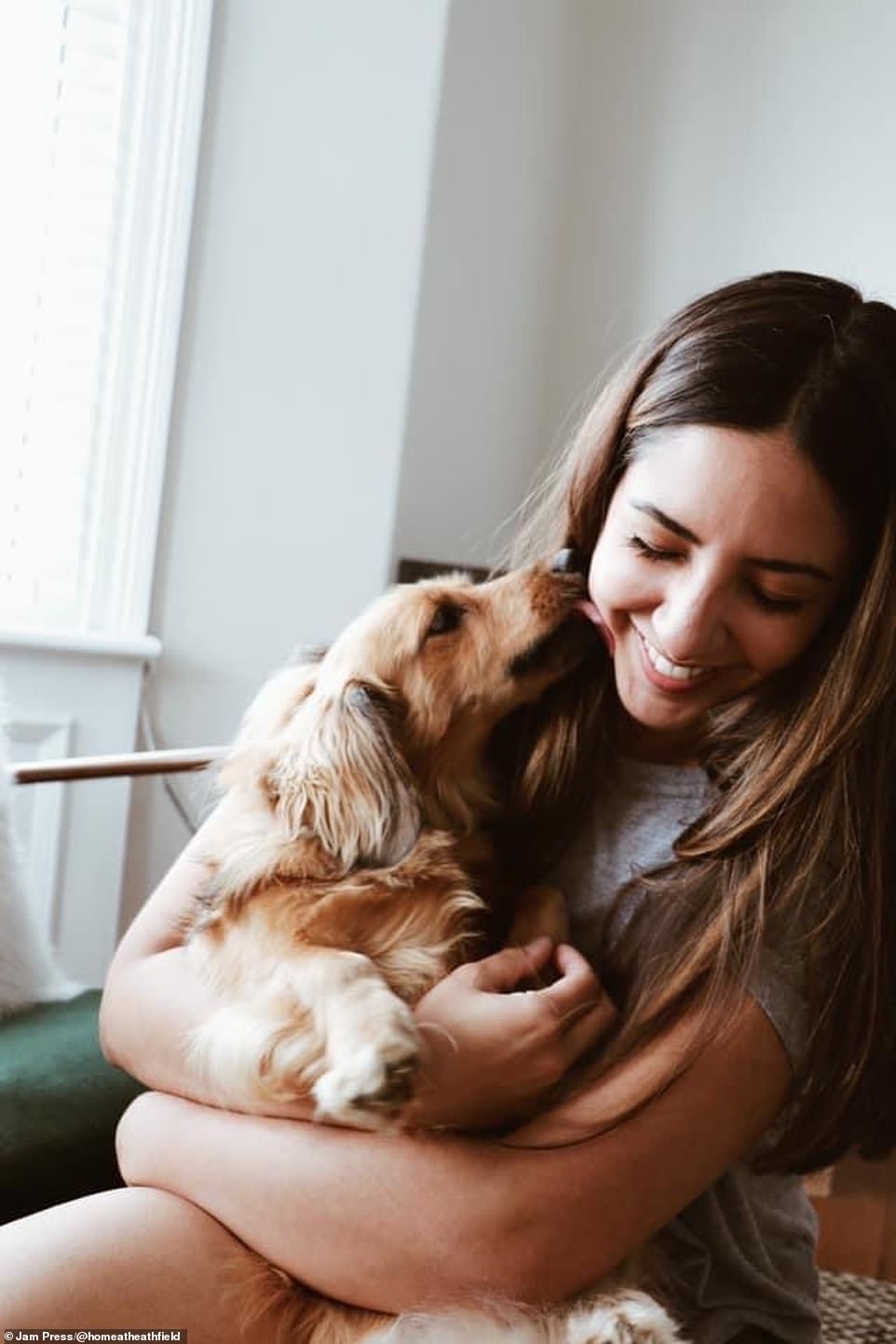 Yasmin wanted a special place for her pooch Cyrus to relax in, and got to work, using her designer talents and DIY skills to complete the project 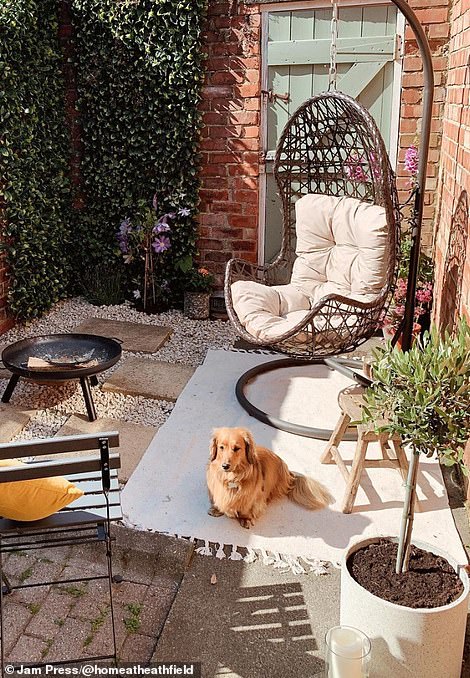 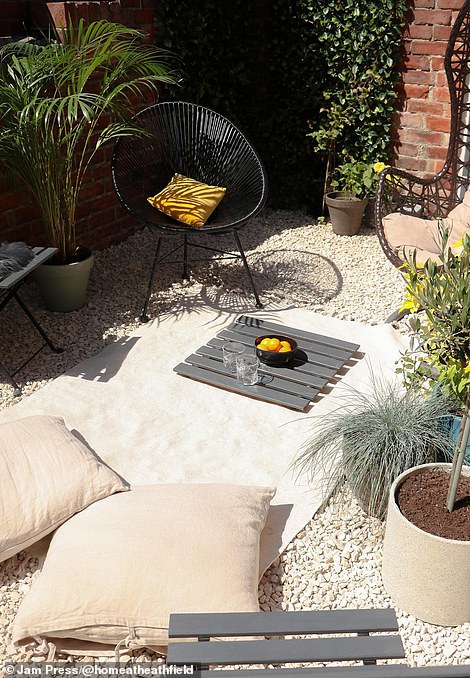 While being small in space, the outdoor area is the perfect space for both Cyrus, left, and Yasmin to relax in, and the interior designer has created several furnishing combinations to switch the place up 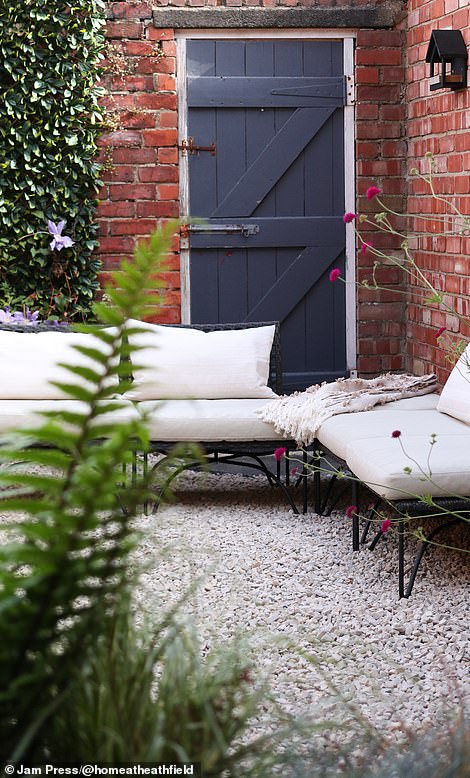 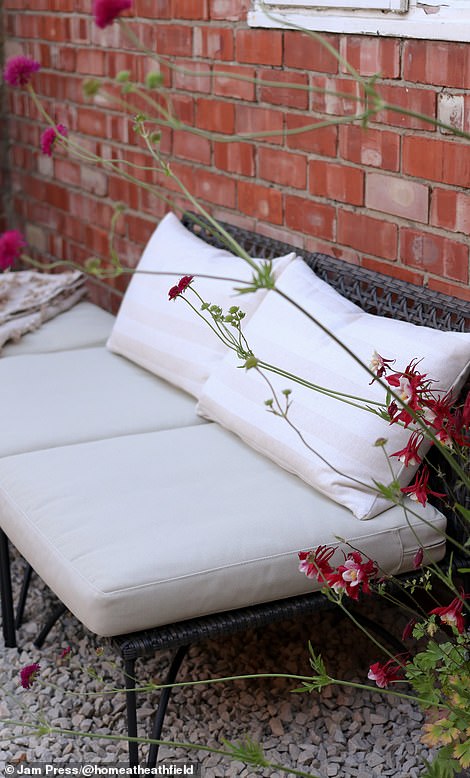 The sofas are perfect for entertaining outdoors. Yasmin is not afraid to move her furniture around to suit her style and wants of the moment, and she has made the most of the small space 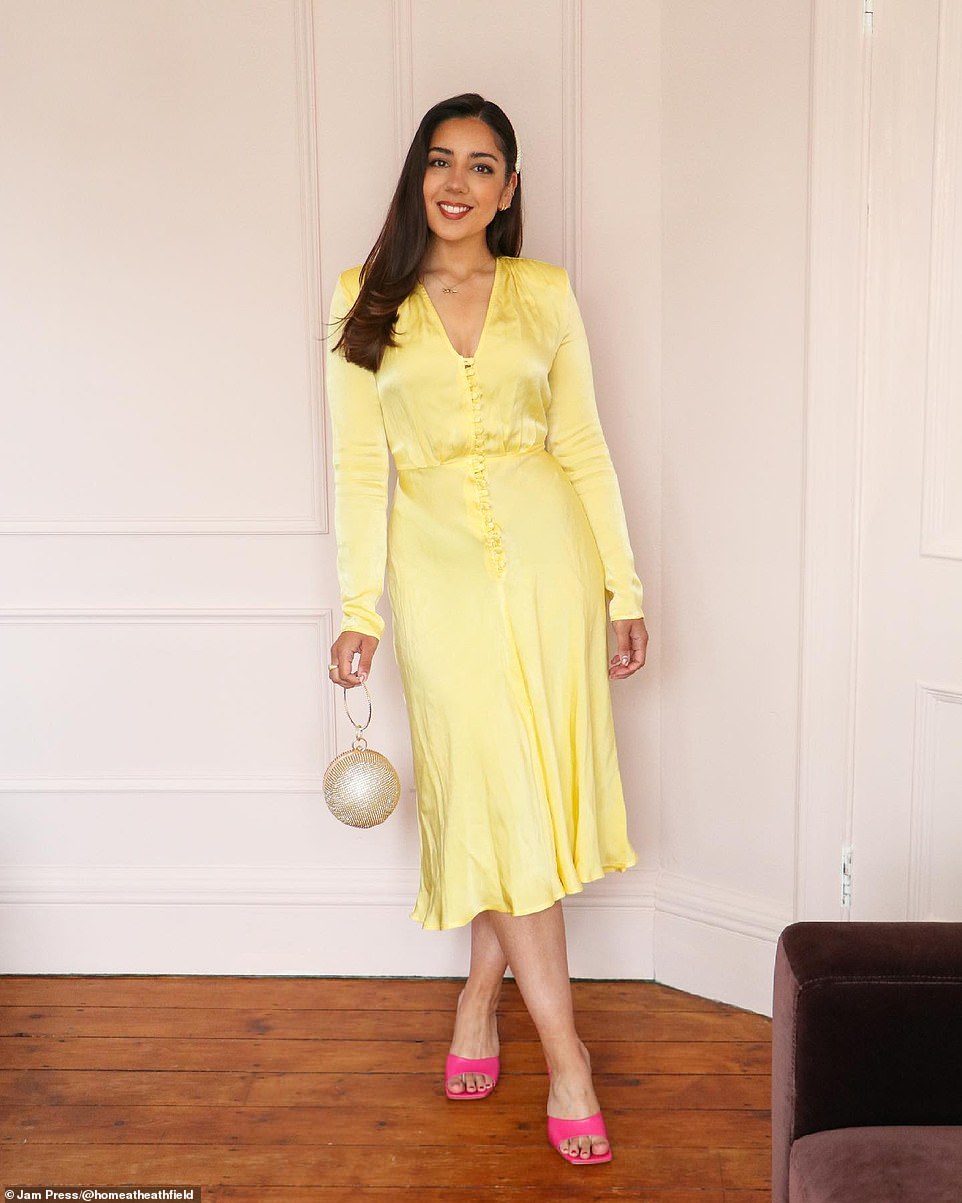 Yasmin, who only spent £200 on the outside space, said she upcycled as much items as possible and spruce things up with various plants and item from IKEA