Finally feline great! Heartwarming photos show how far rescue pets have come after finding a forever home as International Cat Day is celebrated across the world

Today marks International Cat Day – and what better way to celebrate and raise awareness about the beloved felines, than viewing heartwarming images of rescue pets before and after finding a new home.

Proud pet owners from across the globe shared their touching photographs of rescue cats prior and following adoption to Reddit.

Bored Panda rounded up some of the best examples from the Before and After Pictures of Adopted Animals subreddit.

From abandoned to poorly felines, their heartbreakingly sad faces are transformed within months to smiles of delight thanks to being re-homed.

This stunning feline (pictured left, before being adopted, and right, afterwards) ‘turned into a stunning supermodel cat’ according to their owner, after reportedly recovering from an allergic reaction 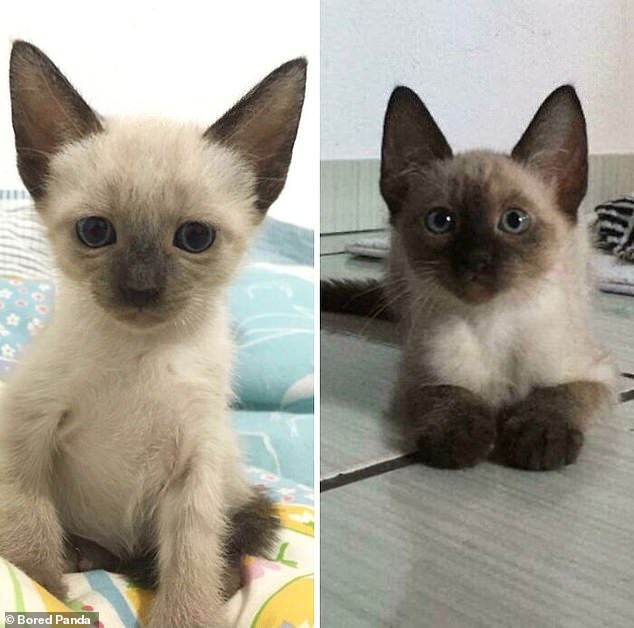 The owner of this beloved pet said you can ‘clearly see the change in her eyes’ after finding a new home. Pictured left, before being adopted, and right, after 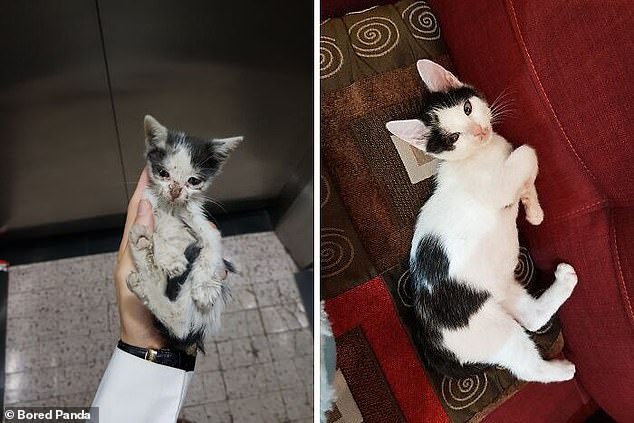 This kitten was found malnourished and covered in scratches, pictured left, before finding a comfortable home, pictured right, with a new owner 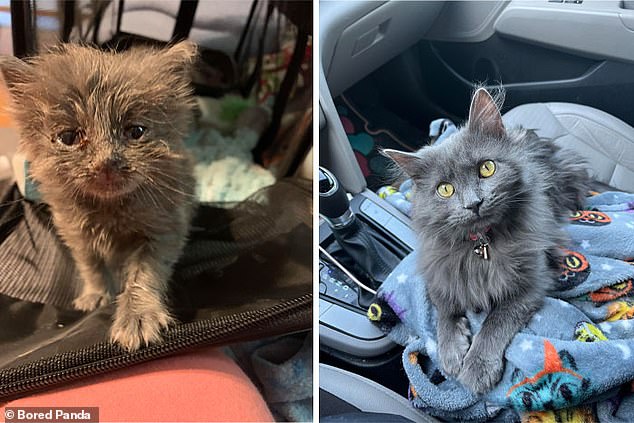 This cat, called Smokey by his new owner, was abandoned by his mother. The left image is of the kitten at three weeks old, while the right shows him at seven-months-old 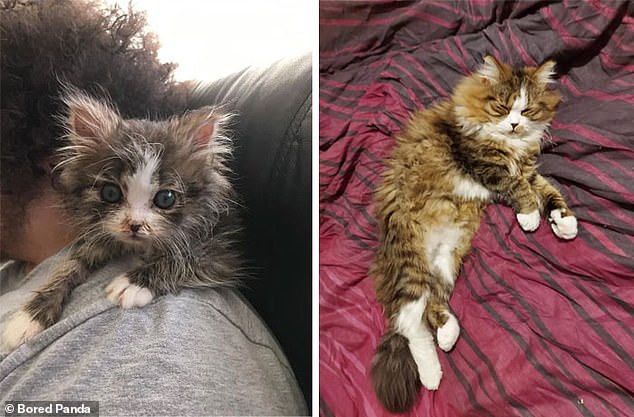 Cat Ezio was discovered when very poorly with flu, ringworm and was severely underweight, pictured left. Pictured right, the feline when in his new home 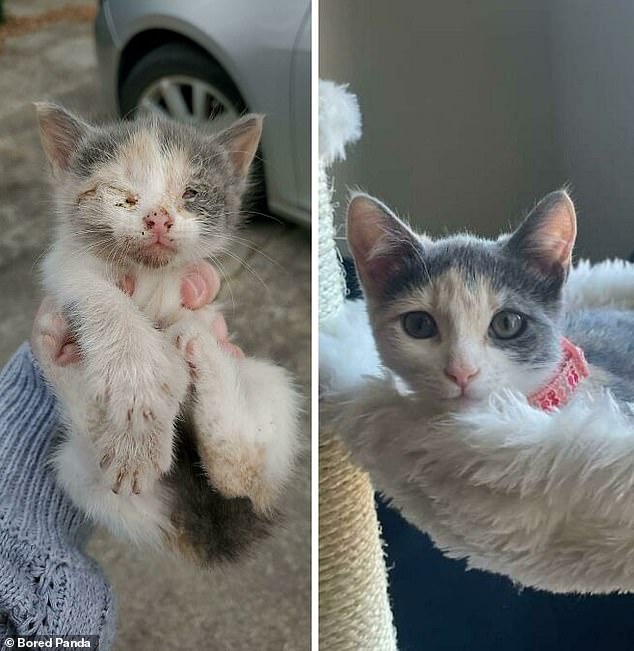 Feline Pearl, pictured left, on the day she was discovered, and right, sitting comfortably in her ‘forever home’ 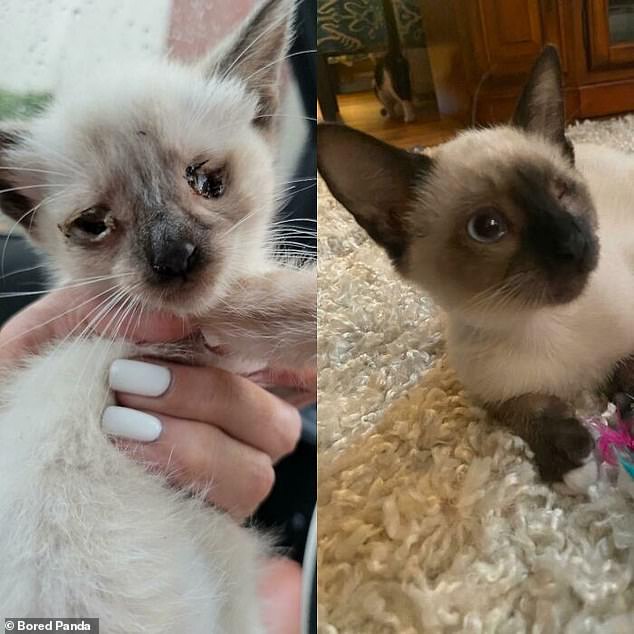 Jack (pictured left) was found in the street with infections in both his eyes and was dangerously underweight. But now, the cat (pictured right in his new home) is a healthy weight 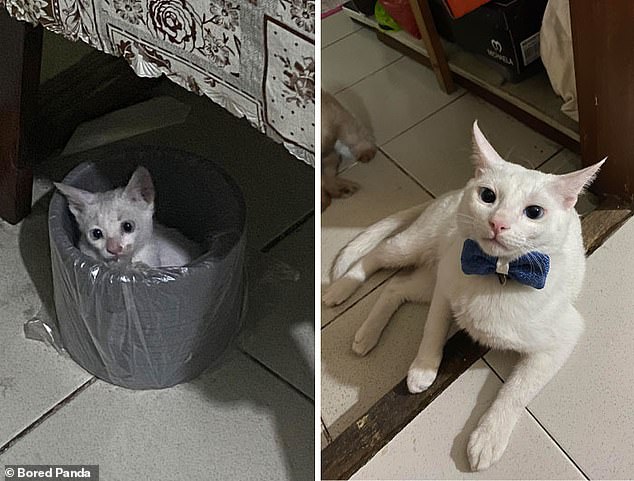 This cat was discovered in the streets a year and a half ago (pictured left) by his now owner. Pictured right, the feline looking dapper thanks to his new family

Misty was adopted in 2021. Pictured left, the feline when first discovered, and right, in her new home 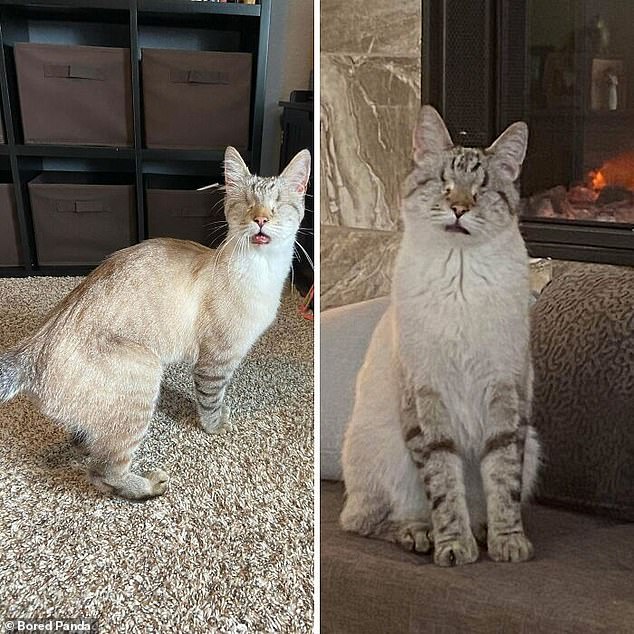 Within just three months, this beloved cat went from being seemingly underweight, to a healthy size with equally healthy-looking fur 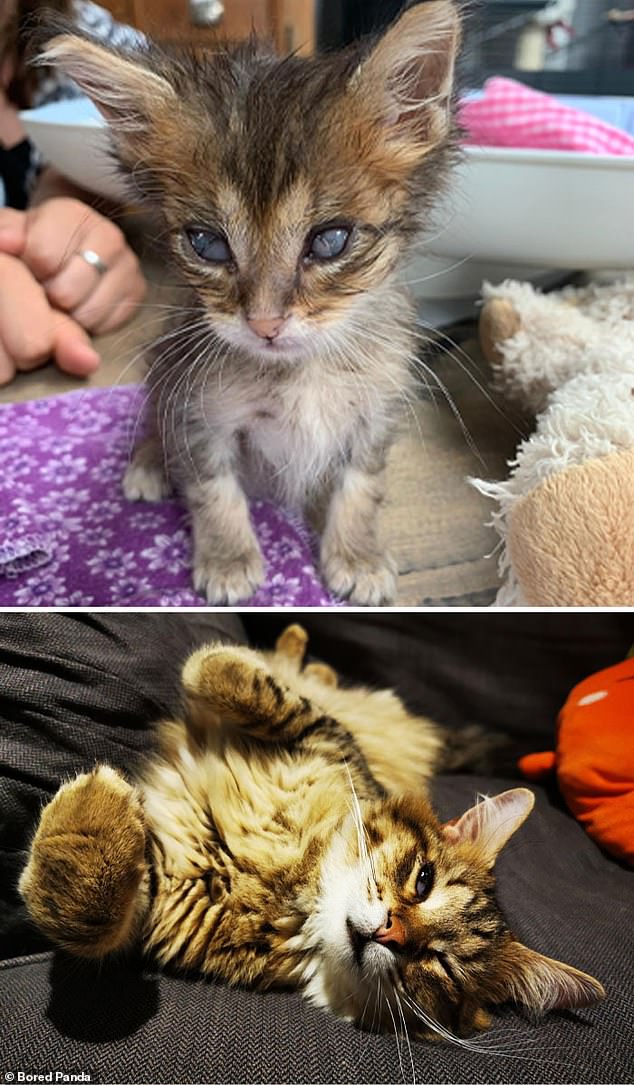 This kitten was left alone in the rain and almost died of pneumonia. Severe eye infections made the cat, named Stevie Wonder by his new owner, blind 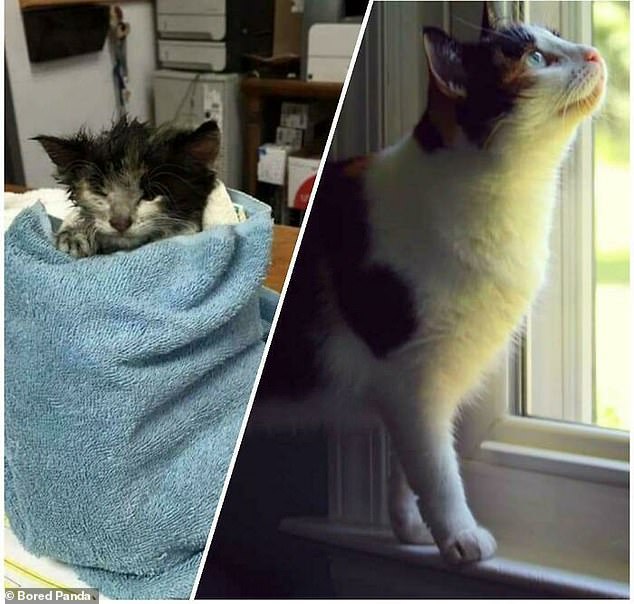 Cat Abby, pictured left on the day she was given into an animal shelter, and pictured right, six years later in her ‘forever home’