Australia’s National Broadband Network has been plagued with complaints since its launch, not least because it has set Australia back a minimum of $51billion.

After the sky-high costs, the main complaint about the NBN is that it doesn’t live up to expectations with speed, with Australia’s average internet speeds far below New Zealand.

But for those struggling to stream the latest episode of their favourite show on Stan or Netflix or battling against a slow connection while trying to play Fortnite, there are a few simple tips you need to follow – and you could see your speeds double.

When you performed the speed test, did you do it from an app or website on your smartphone?

If so, you’re creating a list of reasons why it isn’t giving you a real representation of your internet speed.

A speed test should be completed using a network cable from your computer connected directly into your home router.

Speaking of the home router, how old is it? Is it the same one you had prior to the NBN?

If you were on ADSL and had a maximum theoretical speed of 48Mbps, then your router at the time was fine.

When you’re looking at a 100Mbps connection, your router needs to ready for speeds twice as what you saw in the past. This means a faster wireless connection, yes, Wi-Fi is not the same for everyone. Consider upgrading to a new wireless router with a minimum of 802.11n.

Also think about how many devices you now connect to the home network. Wireless speakers, televisions, gaming consoles, your phones, computers, even coffee machines.

We need a router that can handle the load that it didn’t experience ten years ago. 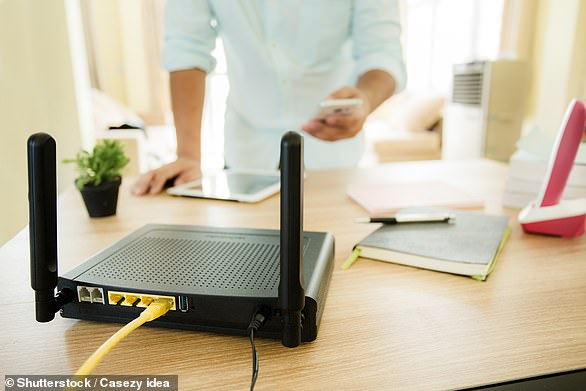 If you connection is slow, consider upgrading to a new wireless router

3. GET A SATELLITE SYSTEM

It’s not as complicated as it sounds!

To ensure adequate coverage in the home we suggest a satellite system such as the D-Link Covr ($399.95 RRP) which places nodes around the house creating a lovely mesh setup.

If you’re a gamer and can’t bear a moment of lag, the Netgear AX8 ($599 RRP) will blow your mind, and it looks like something from Star Wars.

Both of these options, and most new routers on the market today, are actually very easy to setup and don’t need help from your IT friend next door.

A modern router with the latest wi-fi standards will mean that your home is not the congestion point. Spend time setting it up correctly and even the poorest internet plans will reap the rewards. To ensure adequate coverage in the home we suggest a satellite system such as the D-Link Covr ($399.95 RRP) 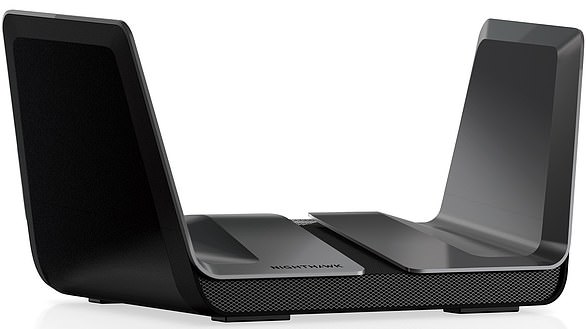 If you’re a gamer and can’t bear a moment of lag, the Netgear AX8 ($599 RRP) will blow your mind, and it looks like something from Star Wars

Your devices that you connect to the home network should also support this standard at a minimum to enjoy the new speeds you bring into the home.

Your older devices connected to the Wi-Fi will only run as fast as their own wireless technology will allow.

Newer smartphones for example are likely to have a better experience than your five-year-old model.

You may also want to consider having some devices connected physically rather than wireless. The Powerline products from Netgear allow you to send your network to another area in the house using your power points. It’s the easiest way to have reliable and fast speeds from your Smart TV to the internet.

5. CHOOSE YOUR PLAN CAREFULLY – AND BE PREPARED TO MOVE

With the inside of the home setup to accommodate advanced speeds, you need to ensure you’re being realistic on your NBN plan selections.

Signing up to an NBN 100 plan does not guarantee you 100Mbps – that is your maximum speed. So being upset that you receive 40Mbps when you sign up for NBN 50 is not really valid. Throw in the extra coin for NBN 100 if speed is a must.

Think about the internet service provider you purchase your NBN from – because it doesn’t have to be one of the main brands.

There is absolutely no reason to be loyal – there are plenty of satisfied consumers who found switching to one of the smaller providers saw their speeds increase two-fold.

The NBN Telstra can provide to you is not necessarily going to be better than what a smaller company like Exetel can. This is because the NBN is no longer owned by a major telco, they’re independent.

What you need to focus on here is how much bandwidth your provider has purchased from the NBN in your area and whether they are oversold or if they have the capacity to really provide you with as close to NBN 100 as you pay for.

Some providers are open about this and share information about their capacity, such as Aussie Broadband, and if they don’t then do not commit to any 12 or 24-month contracts.

Most providers allow you to roll month-to-month, which means if you’ve picked up a provider that simply can’t give you adequate speeds, change the next month. Leave your loyalty behind when it comes to the NBN and hunt for the best performing provider in your area. Shop around and use websites like Finder to compare your options.

The NBN will evolve, it will improve.

Recent tests on the HFC network in Melbourne delivered 1Gbps (1000Mbps) and we could see this rolled out in the near future.

If you are still unhappy with the NBN or have years to wait before it even arrives to your home, consider 5G.

With Telstra already rolling out their 5G network across Australia, we experienced speeds that make the NBN look embarrassing, but the costs are higher for data and if we all jump on it then we’ll have major congestion issues.

When Optus launches their 5G network they have promised a $70 per month unlimited data option which we are dying to test out. We’re watching this space as it continues to roll out.

Geoff Quattromani is a tech commentator across radio, print, online and television. Continue the conversation with Geoff on Twitter at @GQuattromani