While many world leaders have distanced themselves from Salman, who is accused of ordering the murder of journalist Jamal Khashoggi, Putin is certainly not one of them.

Salman, known as MBS, had been left standing alone as leaders filed past him and into a meeting room – before the Russian President arrived.

Putin, who has faced claims he ordered the nerve attack on Sergei Skripal in Britain, held up a friendly hand, which Salman happily grabbed before they sat down with wide grins on their faces.

The brotherly greeting quickly went viral on social media as users pointed out the unsettling similarities between the two controversial leaders who’ve both had more than their fair share of negative headlines. 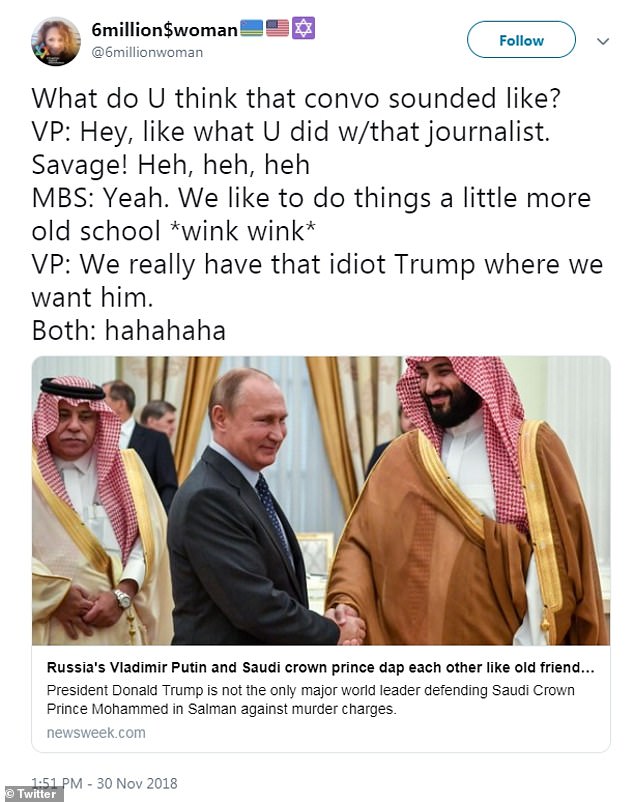 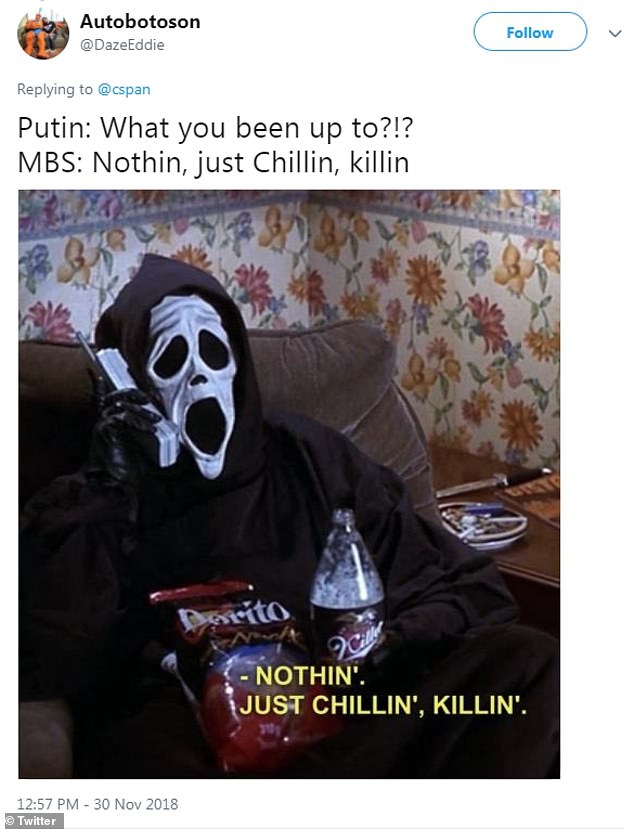 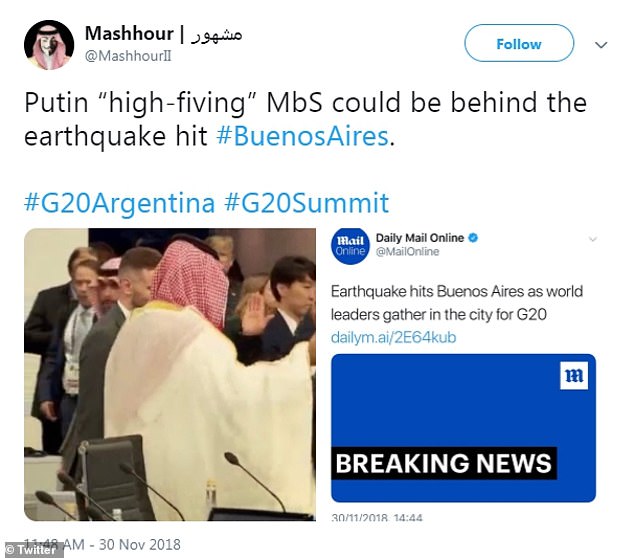 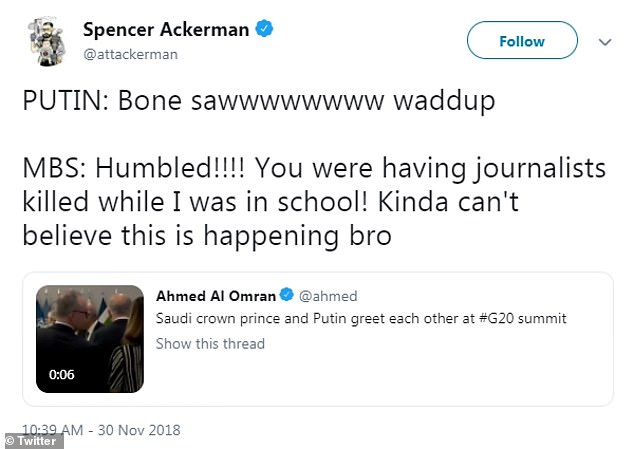 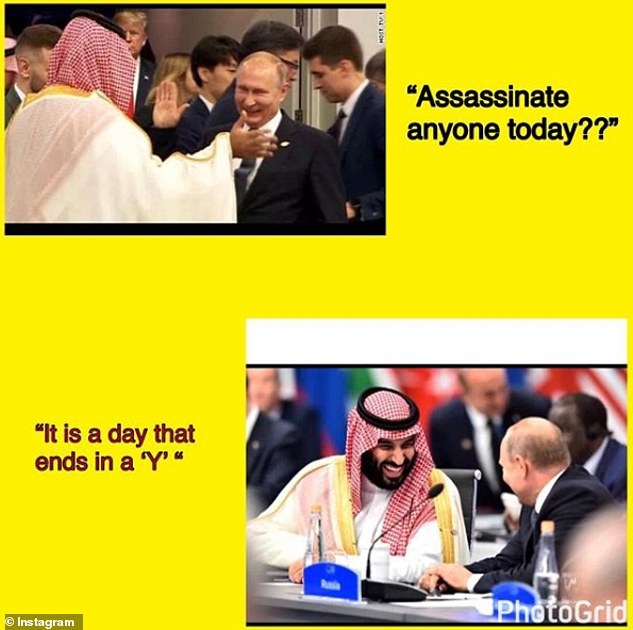 Daily Beast reporter Spencer Ackerman captioned Putin as saying: ‘Bone sawwwwwwww waddup’ and had Salman respond with ‘Humbled!!!! You were having journalists killed while I was in school! Kinda can’t believe this is happening bro’ in a widely-shared tweet.

Connor’s tweet was a reference to Trump’s ‘grab ’em by the pussy’ Access Hollywood tape and the president’s son-in-law and adviser Jared Kushner.

Someone under the handle @DazeEddie wrote: ‘Putin: What you been up to?!? MBS: Nothin, just Chillin, killin,’ alongside a photo of a threatening ghost. 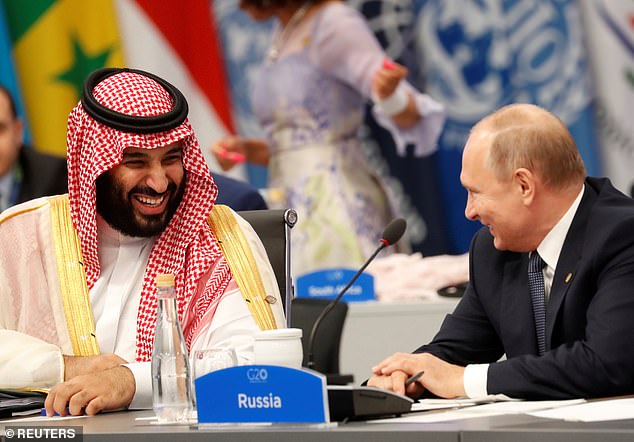 Salman and Vladimir Putin laughed together ahead of the G20 summit in Argentina while many world leaders distanced themselves from the crown prince, who is accused of ordering the murder of journalist Jamal Khashoggi 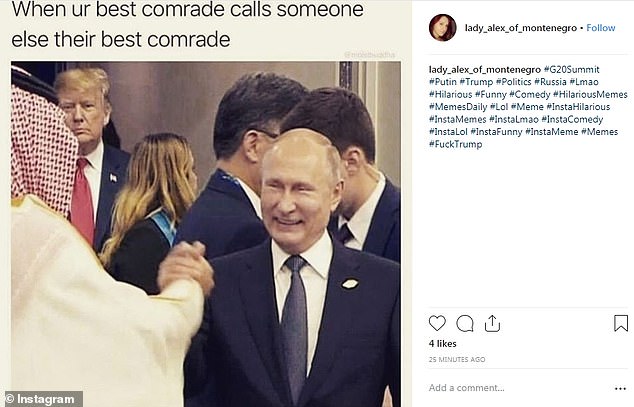 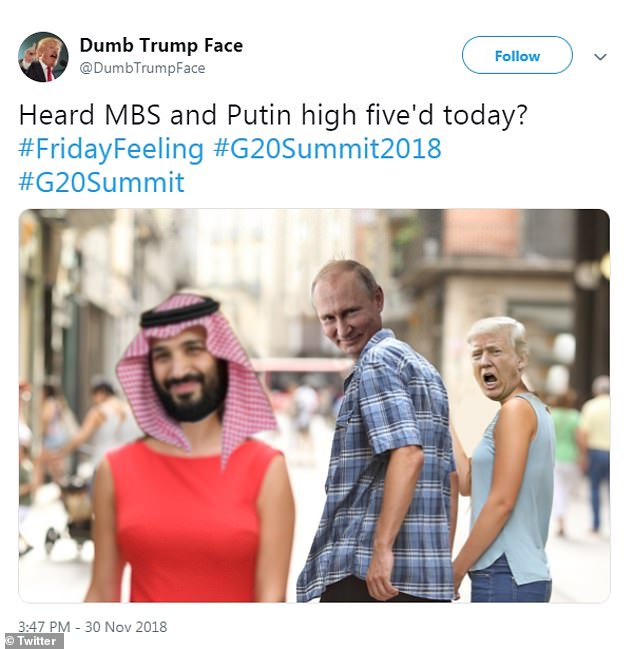 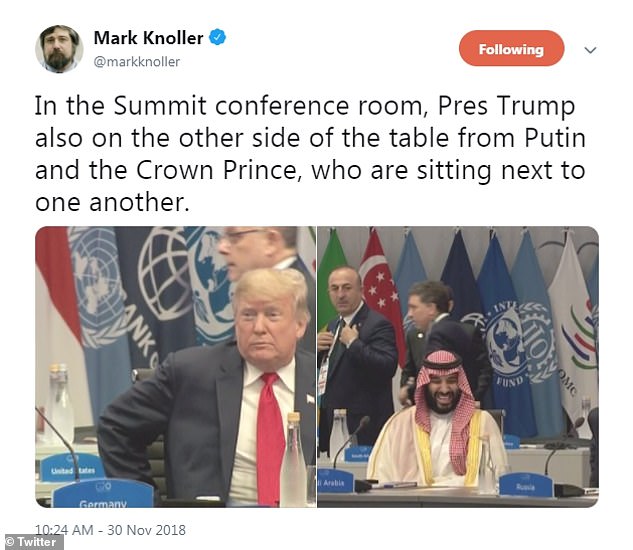 Many people also pointed out how President Donald Trump, who has been criticized for being sympathetic to both leaders on a number of occasions, was on the outside looking in as he sat across the table from Putin and Salman.

Trump’s relationship with Salman came under scrutiny this month after the CIA announced it believed the crown prince had ordered the death of Saudi Arabian journalist Khashoggi.

The president received a great deal of backlash for what was perceived as a weak response to Khashoggi’s brutal murder after he refused to condemn Salman’s involvement.

Earlier this year Trump was vilified for a press conference in which he sided with Putin over US intelligence officials on confirmed reports of Russia’s election meddling.

One person posted a photo of the handshake in which Trump can be seen in the background which reads: ‘When ur best comrade calls someone else their best comrade.’ 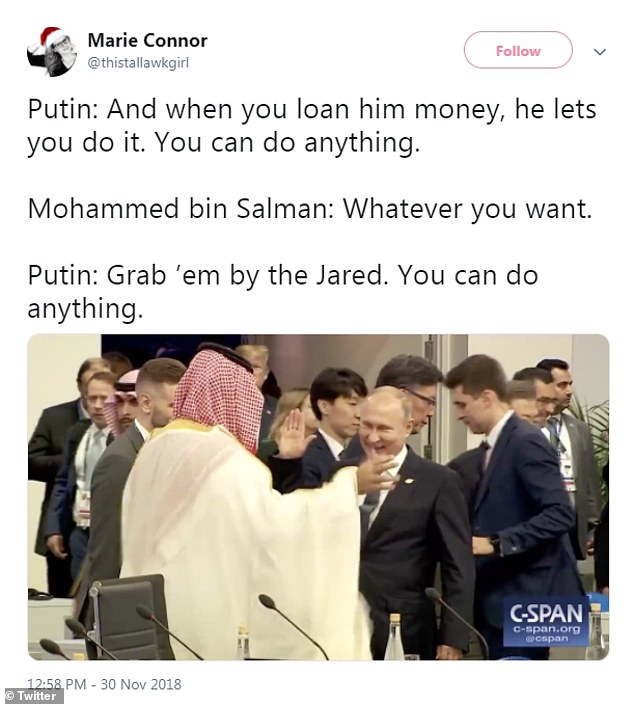 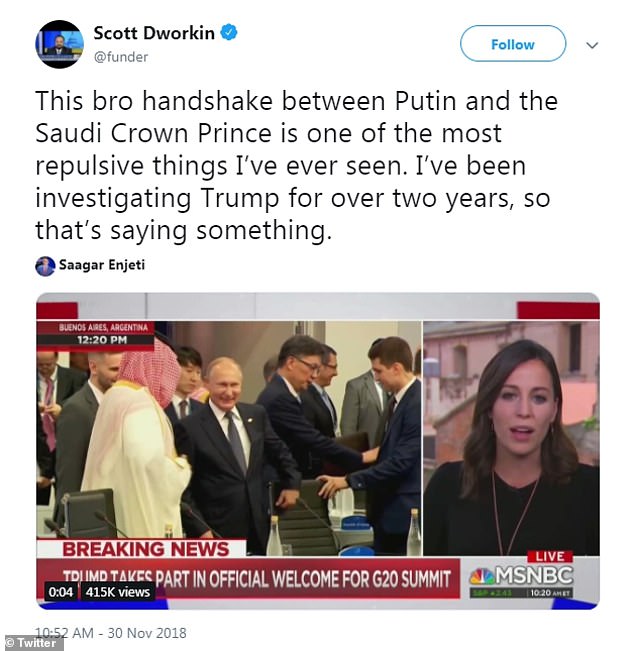 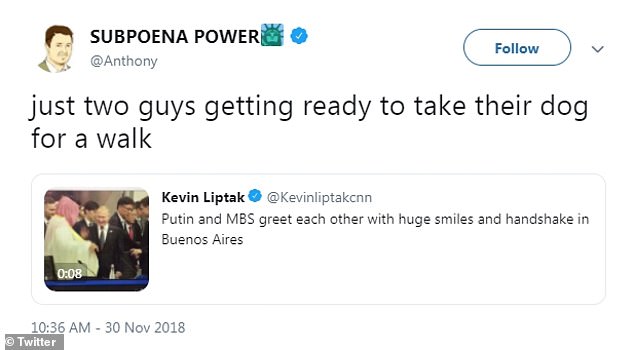 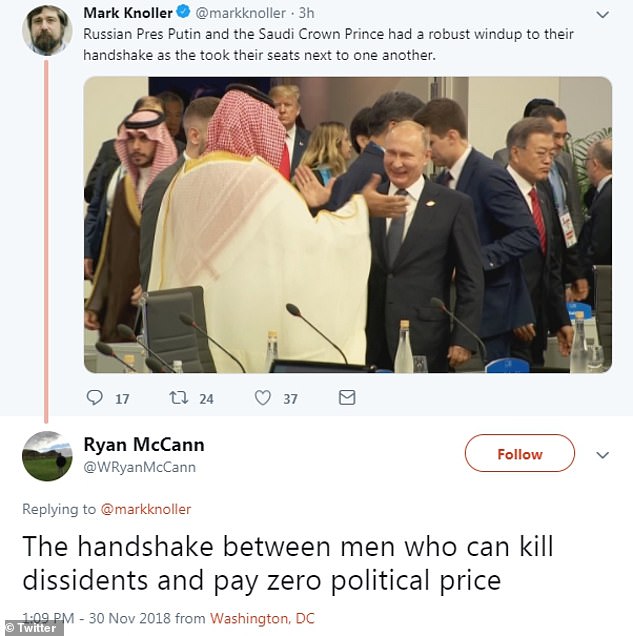