An accident waiting to happen: The baffling intersection that no one understands in Melbourne – featuring an arrow pointing the WRONG WAY

An incorrectly-painted arrow at a busy intersection has confused motorists – who say it is an accident waiting to happen.

At the intersection of Montague and Normanby street in south Melbourne, a right-hand arrow was incorrectly painted in the left lane instead of a left-hand arrow.

The dodgy paint job happened after a water pipe on the street burst on January 15.

With three lanes at the intersection, anyone in the far-left lane turning right would collide into the vehicles continuing straight

With three lanes at the intersection, anyone in the far-left lane turning right would collide into the vehicles continuing straight.

But the dodgy job has left motorists baffled to what direction they could turn without causing an accident.

A listener called 3AW’s Ross and John confirming the arrow was ‘definitely there’.

‘It wasn’t photoshopped, it was actually real,’ the man said.

‘They fixed it last night. They’ve painted the right-turn bit black and put the other bit on the left-hand side, so nobody can be confused!’

South East Water who responded to the burst water pipe told Daily Mail Australia apologised for the inconvenience caused after the arrow was painted in the wrong direction.

‘We completed a road reinstatement after the repairs on the day and our remediation contractor repainted the road markings on Tuesday 21 January.

‘Unfortunately, one of the lane markings was incorrectly painted. Our crews have blackened out the road marking and the correct marking will be painted on today.

‘We’re sorry for the mistake and any inconvenience it has caused.’ 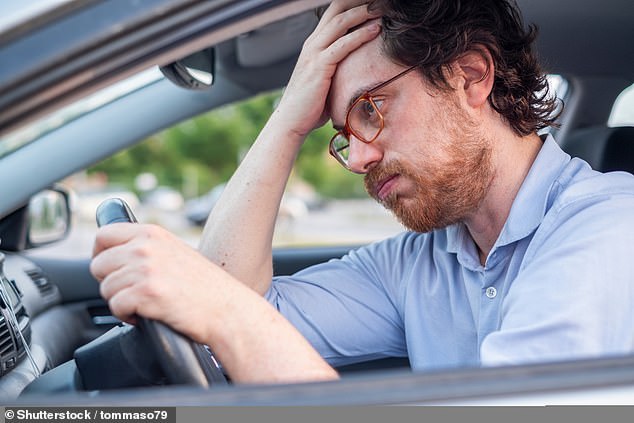