Intoxicated state lawmaker, 41, found guilty of DUI after begging officers not to arrest her

A New Mexico state lawmaker has been found guilty of drink driving after tearfully begging police not to arrest her during a roadside sobriety test, declaring ‘I always fight for you guys.’

Monica Youngblood, 41, a Republican from Albuquerque, was arrested in May on suspicion of aggravated DWI during a checkpoint stop.

Police said the 41-year-old had bloodshot eyes, smelled of alcohol and that she failed to perform well on four different field sobriety tests.

Nearly 40 minutes of police bodycam footage shows Youngblood being questioned by officers at the checkpoint and later when she was handcuffed and taken for processing.

A judge today convicted Youngblood of aggravated drunken driving, a verdict that comes as a blow in the last months of the tough-on-crime Republican lawmaker’s re-election campaign.

She maintained her innocence in a legal battle that culminated in a nearly four-hour bench trial at Bernalillo County Metropolitan Court.

Monica Youngblood’s attorney, Paul Kennedy, said in his opening statement in Metropolitan Court that there was no evidence that his client was impaired that night. 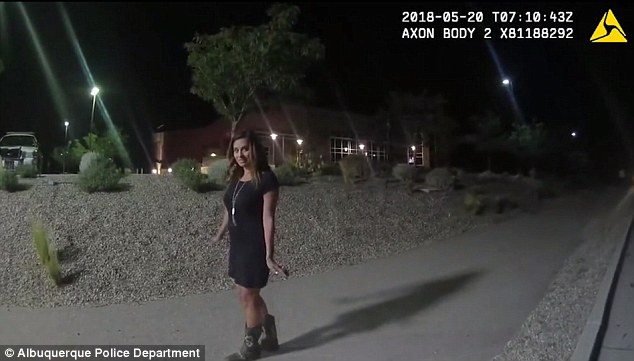 Police said the 41-year-old had bloodshot eyes, smelled of alcohol and that she failed to perform well on four different field sobriety tests including walking in a straight line 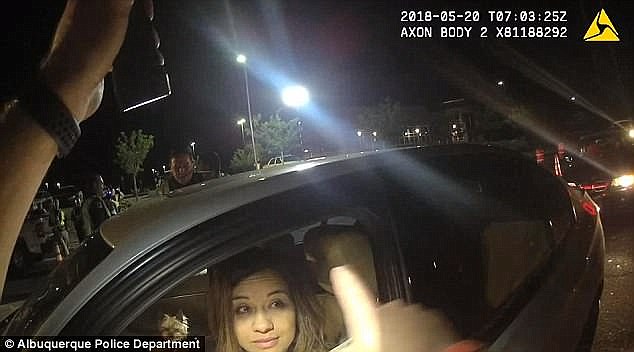 Youngblood, who refused to take a breath test, insisted that she hadn’t had a drink and was instead upset over a fight with her boyfriend when she was stopped at the DWI checkpoint

She had done ‘not only well, but very well’ on field sobriety tests, he was reported as saying by the Albuquerque Journal.

However, Judge Kevin Fitzwater was unmoved by her defense. He described her demeanor in police video of the episode as either flippant or that of someone whose faculties were impaired.

Youngblood faces a minimum of 48 hours in jail and up to 90 days behind bars as well as $500 in fines, drug screening and completion of a DWI education program.

Youngblood, who refused to take a breath test on the night of her arrest, insisted that she hadn’t had a drink and was instead upset over a fight with her boyfriend.

She tearfully begged the officers not to arrest her before repeatedly telling them that she’s a legislator who fights for police.

The officer responds: ‘That doesn’t make it okay for you to drink and drive.’ 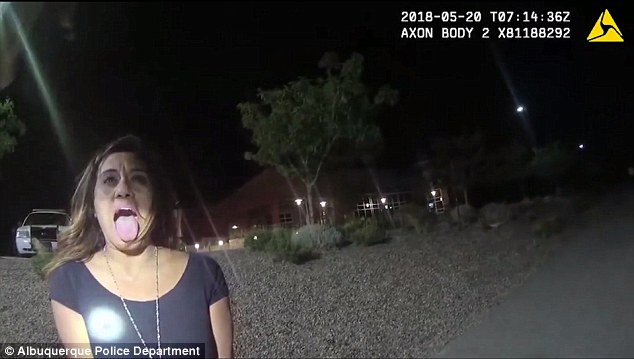 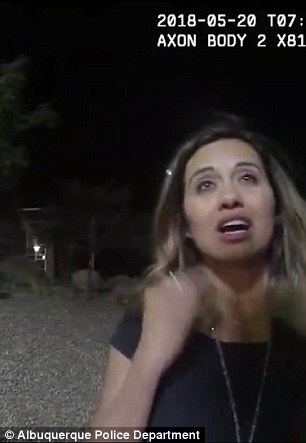 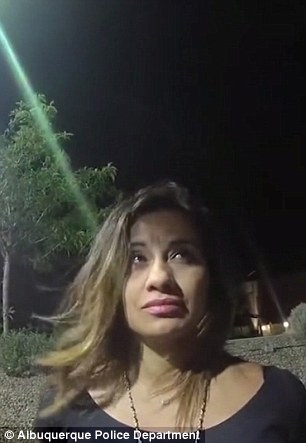 After completing the series of tests, Youngblood appeared shocked (above) when the officer said he was placing her under arrest for drunk driving

The Republican lawmaker also told the officer that she had sponsored legislation that would reinstate the death penalty for cop killers.

‘So many people tell me that you guys treat people of color like s**t, and I always stood up for you,’ Youngblood can be heard saying.

Youngblood has also sponsored legislation that would give harsher penalties for repeat drunk drivers, as well as a bill that would not allow those arrested for a DWI to be released on their own recognizance.

She was booked on one count of aggravated DWI for declining a breath test.

Prior to her arrest, the bodycam footage shows the officer asking Youngblood to get out of her car so she could perform a series of sobriety tests.

She was asked to count backwards, recite the alphabet, walk in a straight line and stand on one leg. 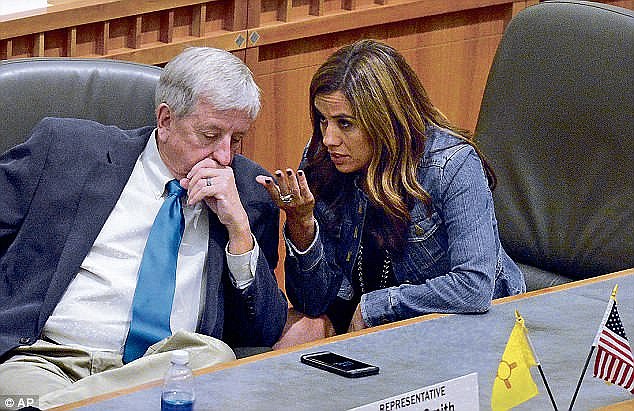 The Republican lawmaker (above in 2016) said she had sponsored legislation to reinstate the death penalty for cop killers. She also supported a bill for harsher penalties for repeat drunk drivers

Throughout the ordeal, Youngblood repeatedly complained that she was cold despite the officer commenting that the temperature was in the high 60s.

After completing the tests, Youngblood appeared shocked when the officer said he was placing her under arrest.

‘I did everything that you asked me to do officer, please… Officer are you kidding me?’ she said.

At one point during her arrest, Youngblood appeared to suggest she was being mistreated because the officer wouldn’t remove the handcuffs so she could wipe her face of tears.

Youngblood was released that same day after her arrest and is scheduled to appear in court for arraignment on June 13.

She later said in a statement to KOB-TV that she regretted not taking a breath test.

Youngblood, a real estate agent, first won the seat in 2012 by 10 percentage points over a Democratic opponent. She was unopposed in the last two election cycles.

As a legislator, Youngblood has pushed to reinstate the death penalty in New Mexico and sponsored DWI-related legislation.