Invasive species including the grey squirrel and Japanese knotweed have cost the UK economy more than £5 BILLION over the past 50 years, experts predict

Invasive species have cost the  UK economy more than £5 billion ($6.98 billion) over the past 50 years, a new study has estimated.

Species such as the grey squirrel, European rabbit and Japanese knotweed are considered invasive as they have been introduced into a new environment by humans, where they cause ecological or economic damage.

In Britain alone, there are more than 3,000 non-native species, according to the RSPB.

Scientists from Queen’s University Belfast said their findings represent one of the highest totals in Europe for managing these types of species.

Species such as the grey squirrel (pictured), European rabbit and Japanese knotweed are considered invasive as they have been introduced into a new environment by humans, where they cause ecological or economic damage

What is an invasive species?

An invasive species is one that has been introduced to a region it is not native to.

Typically, human activity is to blame for their transport, be it accidental or intentional.

Hammerhead flatworms have become invasive in many parts of the world. They feast on native earthworms, as shown

Sometimes species hitch a ride around the world with cargo shipments and other means of travel.

And, others escape or are released into the wild after being held as pets. A prime example of this is the Burmese python in the Florida Everglades.

Plants such as Japanese knotweed have seen a similar fate; first propagated for the beauty in Europe and the US, their rapid spread has quickly turned them into a threat to native plant species.

Climate change is also helping to drive non-local species into new areas, as plants begin to thrive in regions they previously may not have, and insects such as the mountain pine beetle take advantage of drought-weakened plants.

Invasive species are known to cause a range of damage to an existing ecosystem, including changing habitats and starving native animals of food and resources.

The Natural History Museum explained: ‘They may eat or parasitise native species, which sometimes have no defences against them.

‘They can also outcompete native species for food, light or nesting sites. Sometimes they even bring new diseases with them.

While previous research has shown that invasive species can have a large economic impact, researchers from Queen’s University Belfast set out to understand just how much damage they have had in the UK.

Dr Ross Cuthbert, a research associate from the School of Biological Sciences at Queen’s University Belfast, said: ‘We have found the majority of costs were caused by direct damages, such as reductions in agricultural productivity and infrastructure repair costs, whereas very little was spent on the actual management of invasive species, and especially prevention of future invasions.

‘Worryingly, we also found that invasion costs are increasing rapidly over time and are likely to continue rising in future as more invasive species arrive in the UK.

‘These costs are also severely underestimated, as very few of the known invasive species in the UK have reported economic costs (less than 10 per cent), indicating a lack of research effort and reporting of their detrimental impacts.’

For the study, the researchers analysed how costs in the UK were distributed across different invasive species and environments. 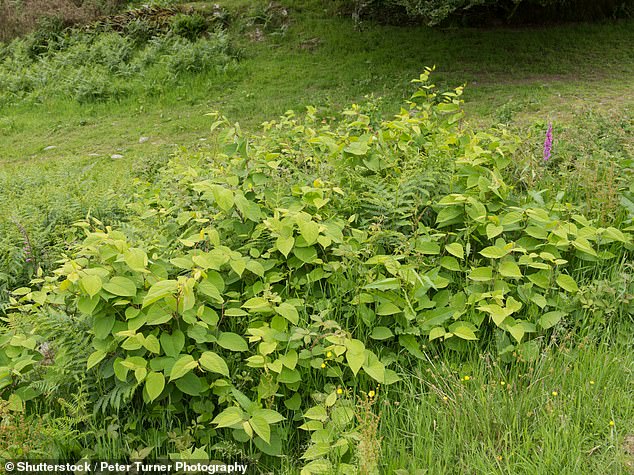 Plants such as Japanese knotweed were first propagated for the beauty in Europe and the US, but their rapid spread has quickly turned them into a threat to native plant species 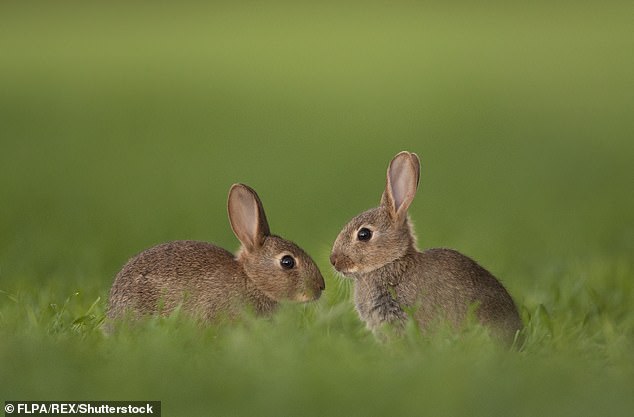 Invasive species are known to cause a range of damage to an existing ecosystem, including changing habitats and starving native animals of food and resources. Pictured: European rabbits

They also looked at different types of costs and how these changed over time.

The team found that over the past 40 to 50 years, invasive species have cost the UK economy over £5 billion, predominantly through agricultural or property impacts.

Japanese knotweed, for example, could cause structural damage to property that was expensive to rectify and could reduce the value of a house substantially, they said.

Meanwhile, invasive rabbits could destroy agricultural areas by overgrazing, while their burrowing could also impact the quality of pastures.

The researchers said they hoped their work would raise awareness of ‘the huge economic burden invasive species have on the UK economy for policymakers’ and in turn ‘promote greater management spending to prevent their damage’.

Dr Cuthbert said: ‘Investing in better biosecurity to prevent invasive species from arriving in the first place could reduce future economic impacts and be much cheaper than future damages or long-term control.’

Japanese Knotweed is a species of plant that has bamboo-like stems and small white flowers.

Native to Japan, the plant is considered an invasive species.

It is incredibly durable and fast-growing, and can seriously damage buildings and construction sites if left unchecked.

The notorious plant strangles other plants and can kill entire gardens.