Inverclyde mother, 57, loses 11st – and she’s kept it off despite working at McDonald’s

Obese mother-of-three who lived off a diet of cheese, chips and pies loses 11 STONE while working at McDonald’s – thanks to life changing weight loss surgery

An obese mother has lost 11 stone after life changing gastric band surgery – and she’s managed to keep it off despite getting a job at McDonald’s.

Christina Rodriguez, from Port Glasgow in Inverclyde, piled on the pounds during a stressful divorce a decade ago, turning to comfort eating to help her cope.

Her fondness for cheese, chips and pies was putting her health at risk and at her largest tipped the scales at 21st, squeezing into size 26 clothes.

In desperation, Christina went to her GP to see if the NHS would fit her with a gastric band, but the request was denied.

Instead she forked out £6,000 to have the procedure privately, and has now shed over half her body weight all the while working at the fast food chain.

Christina Rodriguez, from Port Glasgow in Inverclyde, lost 11 stone after gastric band surgery (left before the surgery in 2010 and right, after) 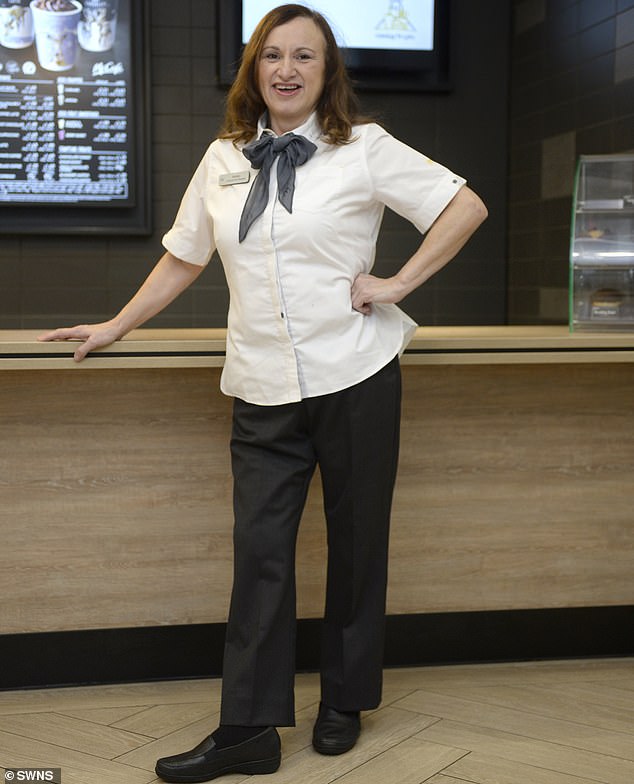 The mother-of-three managed to keep off the weight – despite getting a job at McDonald’s. Pictured on the job 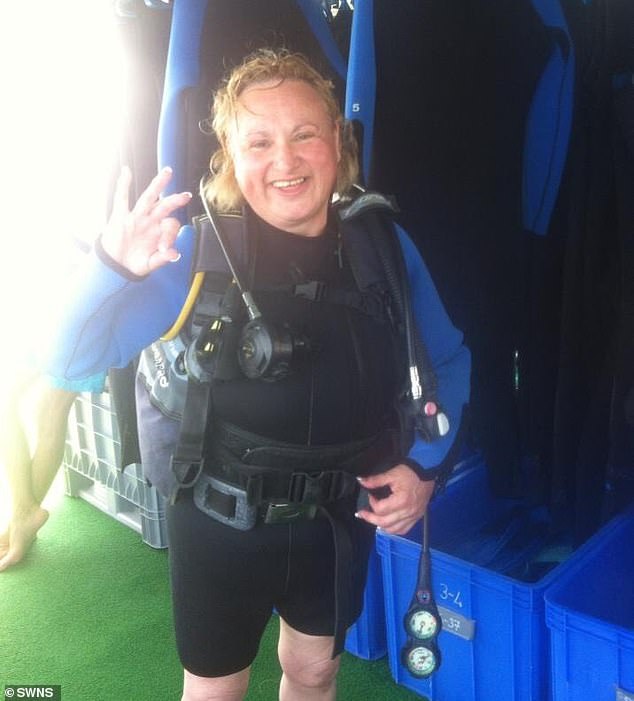 Now she’s even managed to fit into her scuba diving gear (pictured) and has joined the Scottish Sub Aqua Club, something she had always dreamed of doing

The mother-of-three, 57, said: ‘I have now ditched all my 26 size clothes. I used to hate communal changing rooms, they were my biggest fear. But I no longer fear them now.

‘In 2014, my daughter Stacey got married and no one at her wedding recognised me. They all couldn’t believe it.

‘The gastric band is amazing, it has changed my life. I don’t see myself removing it now because I don’t want to go to my old habits.

Christina had always struggled to diet in the past – describing herself as a ‘yo-yo dieter’. But once she hit 21st, she knew something had to change.

She added: ‘My problem was that I always loved cheese, I always nibbled on it. I was 21st and felt like I was a walking time bomb.’ 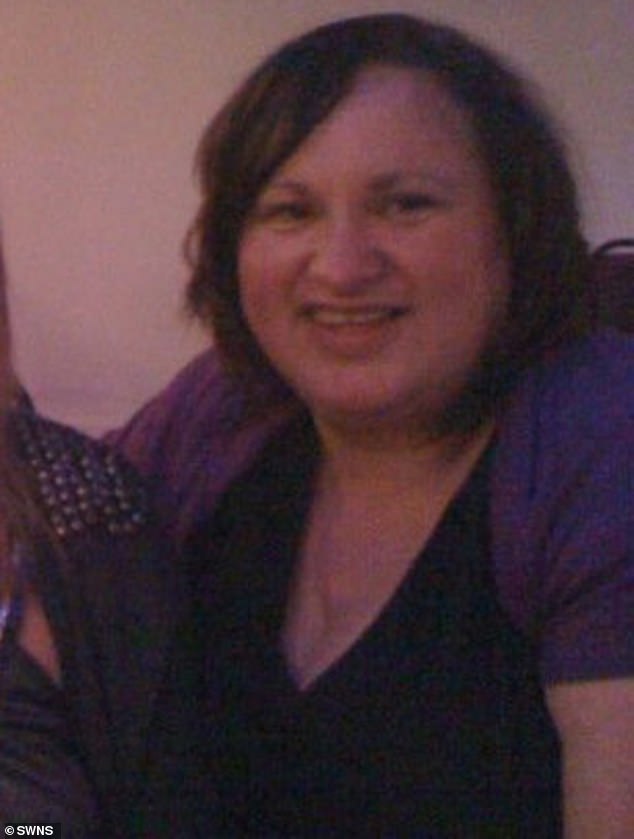 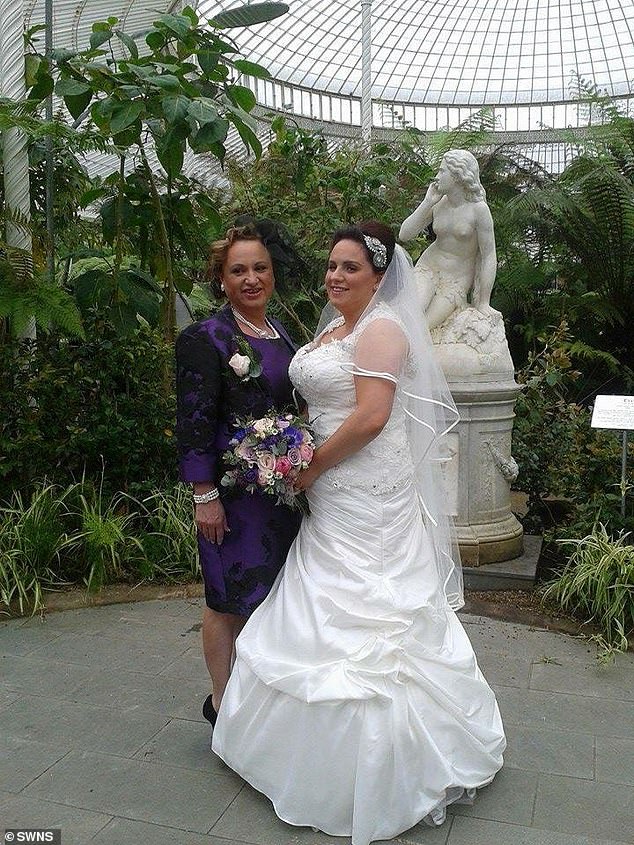 Now a size 10 to 12, Christina wowed everyone at her daughter Stacey’s wedding. She added: ‘No one at her wedding recognised me. They all couldn’t believe it. The gastric band is amazing, it has changed my life’

Christina had the operation at Dolan Park Hospital in Birmingham in 2012, and since then she’s dropped to a size 10 or 12.

She said: ‘My stomach is like the size of a saucer or the size of my hand, so that’s exactly how much I eat.

‘I never feel hungry and I can’t even eat big bits of food because it will get stuck going down.

‘The hole where the band is is small and if I eat a big bit of food, I would be physically sick.

‘I can’t even drink fizzy drinks because it does not agree with my stomach. It takes me 45 minutes to eat my food just so I can actually chew it properly.

‘I have one meal a day and that’s around three o’clock. In the morning I just have a cup of tea.’

Now she has a new lease of life and enjoys hobbies she could never have dreamed of doing – including becoming a member of the Scottish Sub Aqua Club in Gourock. 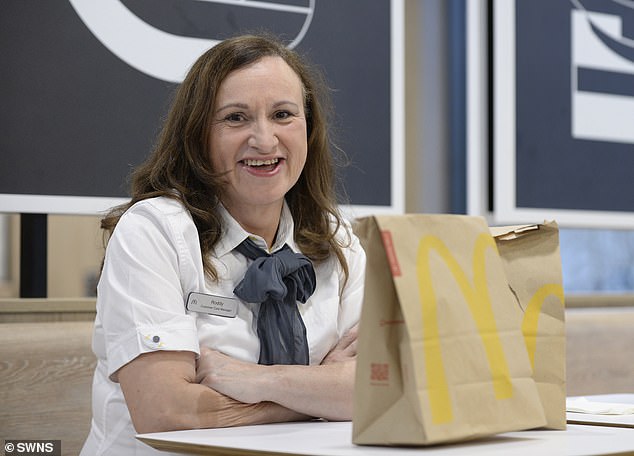 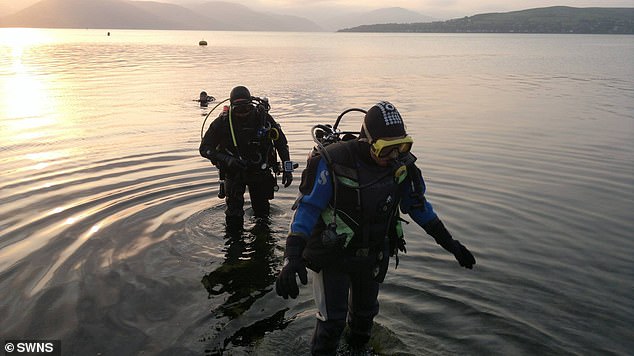 She added: ‘I don’t see myself removing it now because I don’t want to go to my old habits. ‘I’ve even been enjoying scuba diving now. It’s great’