I have power of attorney for my mother, who is 93 and in a care home suffering with dementia.

Four years ago I put more than £80,000 of my mother’s money in a two-year fixed rate savings bond with Investec.

Investec insists that it needs to see ID documents from my mother, which must be a passport or driving licence, as well as a selfie of her.

My mother has never held either, and her age and condition mean it will be impossible to get them. Needless to say she has never taken a selfie.

Locked out: Our reader has been told his mother’s Investec savings account will be closed when it matures, if she can’t provide the bank with a passport or driving licence

If it doesn’t get the ID it says it will give us back the money and close the account. I’m not happy because Investec has one of the best interest rates on the market.

Moving the money elsewhere will mean she loses hundreds of pounds in interest, and the account options will probably be limited as I am sure I will come upon this ID issue again. I feel my mother is being discriminated against.

Is there any way to get around this requirement? A.B, via email

I am sorry to hear about the trouble you have had trying to keep your mother’s account with Investec.

It is always a shame to see banks being inflexible when it comes to their loyal customers.

Some might criticise you for being so concerned with earning interest on your mother’s money – but in my opinion it just makes good financial sense to be one of the top deals in our savings tables, which Investec features as.

With a big sum such as this you will be making thousands each year in interest, and that money is better in your mother’s pocket than in the bank’s coffers.

No doubt your family also has costs associated with your mother’s care, which the interest could help pay for.

So are banks allowed to shut out customers who don’t have certain forms of ID, and where does it leave their older customers?

When opening an account, banks and building societies have to ask for ID, which is a legal requirement and intended to prevent money laundering.

Banks will have a list of acceptable ways to prove your identity, and this will vary from one to another.

In addition, many banks have special procedures in place for those that don’t have any of the documents on their list, so they can still open an account.

When you initially opened the Investec account, your mothers’ ID was accepted even though it was not a driving licence or passport. So what changed? 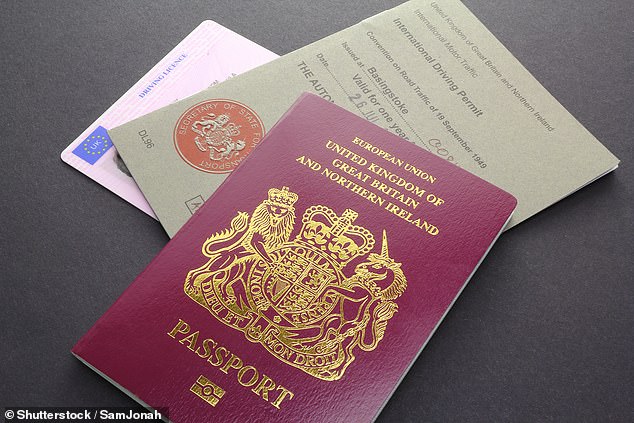 Document disaster: Our reader’s mother has the means to prover her identity – but not with a driving license or passport

I contacted Investec to ask why its policy was now different, and if there was any other way that you and your mother could prove her identity.

It told me that the change happened because it had ‘digitised’ its savings accounts.

The account you wanted to put your money into is now an online-only savings product, and applications must be made digitally on its new banking website.

Banks often have stricter checks for products that will be applied for and managed online, without the customer ever visiting a branch – as it would be easier for criminals to apply for one.

Investec says on its website: ‘With a brand-new banking platform, straight-forward digital application process and live chat support these accounts are hassle-free and can be applied for in minutes.’

But it certainly hasn’t been straightforward or hassle-free for you, and it seems older customers have not been given much thought when coming up with the new system.

While I wanted to raise awareness of this issue, I am sorry to report that the bank stood firm on its ID policy, and you and your mother will not be able to keep your Investec account.

A spokesperson for Investec said: ‘We are sorry that the digitisation of our savings products has led to A.B not being able to help his mother to apply for our Fixed Rate Saver on our new digital savings platform.

‘We have been updating our range of savings products so that we can meet the increasing demand from customers who are looking for savings that are online, simple to use and easy to access.

‘The digitisation of our savings products has enabled us to continue to provide highly competitive rates for savers in the UK retail market. Our onboarding and verification process meets very high standards which is critical for us as custodians of retail savers’ money.

‘As [his mother] does not hold any of the identification documents we require for verification, she is unfortunately not eligible for our Fixed Rate Saver. The ongoing use of the account is also linked to the information we gather digitally during the account opening process.

‘We acknowledge that this does mean that not all customers are eligible but as with any other customer in this position, we have given notice in order to make alternative arrangements once funds mature.’ 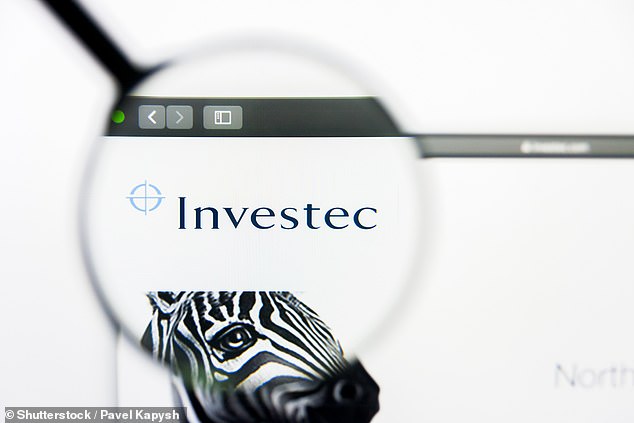 New policy: Investec said it accepted that its new identification rules meant ‘not all customers’ would be eligible for its fixed rate savings accounts

You have told me that you now will be putting the money into a building society which your mother has an existing account with, which will hopefully allow you to get around the ID issue.

However, the interest rate on that account is 3.4 per cent, compared to the 4.4 per cent that your mother was getting with Investec. It will mean you are effectively down £800 per year.

I understand that banks must do whatever they can to prevent fraud, but I can’t help but think you and your mother have been treated a little unfairly here.

Given that your mother previously provided ID which Investec accepted, and that all you wanted to do was keep money that was already with the bank in the same place, I don’t see why your reasonable request couldn’t be accommodated.

I would be keen to hear from other readers who have come across this ID issue. What did you do about it, and was your bank willing to help? As always you can get in touch on helen.crane@thisismoney.co.uk.