French prosecutors have launched an investigation into claims that the former French President Valery Giscard d’Estaing sexually assaulted a journalist after an interview in 2018.

The investigation follows claims by reporter Ann-Kathrin Stracke, 37, that the former leader of France, 94, who served as president from 1974 until 1981, repeatedly touched her in his Paris office.

The journalist for the German public television WDR revealed last week that she had filed charges against the former leader, claiming he had placed his hands on her while they posed for a photograph together in December 2018, when he was 92.

She said: ‘I decided to tell my story because I think that people should know that a French former president harassed me sexually after an interview.’ 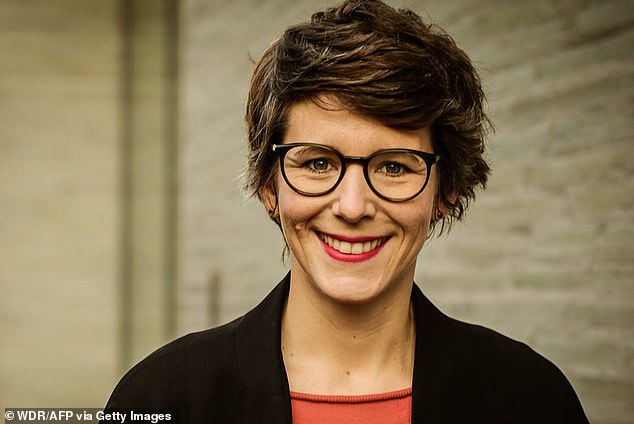 Journalist Ann-Kathrin Stracke (pictured), 37, revealed that she had had filed charges against the former French President

Ms Stracke, who waived her right to anonymity in the reporting of the sex assault complaint, took her case to Paris prosecutors on March 10 this year, backed by her employer which carried out an independent investigation into her claims.

On Monday she said she was pleased to hear of the decision, adding: ‘I am, of course, at the disposal of the French authorities in the context of this investigation.’

Recalling the interview on December 18, 2018, Stracke said last week that she had asked for a photograph to be taken with Giscard d’Estaing and her colleagues after the interview.

‘I was standing to his left, and while taking the photo, he put his hand on my left waist before sliding it to my backside where it stayed,’ said Stracke.

The interview was on the 100th anniversary of the birth of former German Chancellor Helmut Schmidt, who was a world leader at the same time as Mr Giscard d’Estaing.

During the incident, Ms Stracke asked Mr Giscard d’Estaing to pose for a photo with her, and then ‘the former president wrapped his arms around her, touched her waist, and placed his hand on her buttock,’ the complaint reads.

Ms Stracke said: ‘Very surprised and disapproving of these attacks which made me extremely uncomfortable, I tried to push back the hand of Mr. Giscard d’Estaing, without however succeeding.’ 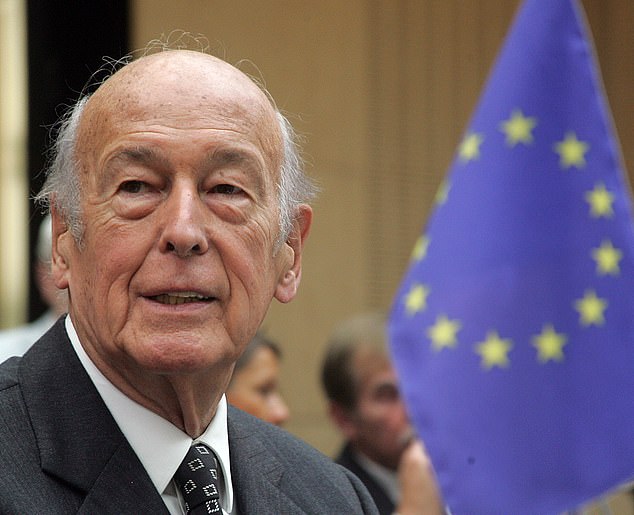 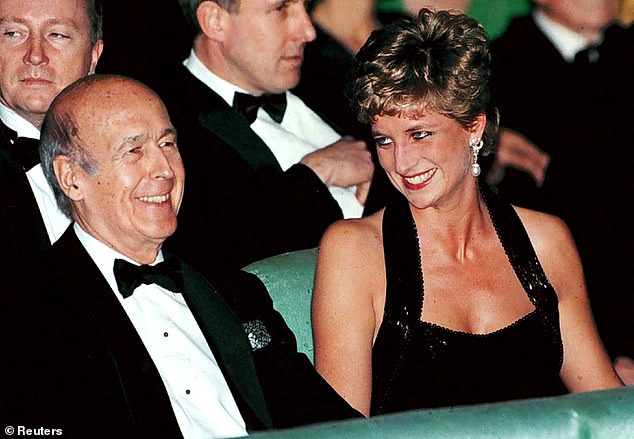 The first photo was of poor quality, so Ms Stracke posed for another one, and was again touched around the waist and buttocks.

‘I felt like he insisted,’ she said, claiming that there was a third assault when Mr Giscard d’Estaing touched her bottom again while showing her some photographs.

Ms Stracke tried to free her attacker’s hand, ‘several times and with all my strength,’ the complaint reads.

As the ‘degrading’ assault continued, her cameraman then allegedly tried to create a diversion by overturning the lampshade of a lamp located on a sideboard and placing a chair between the ex-president and Ms. Stracke.

When she left the offices, Mr. Giscard d’Estaing insisted on kissing Ms Stracke while whispering in German ‘Sweet dreams’.

When Ms Stracke got back to Cologne, her bosses told Ms Stracke to file a 13-page complaint to Mr Giscard d’Estaing. 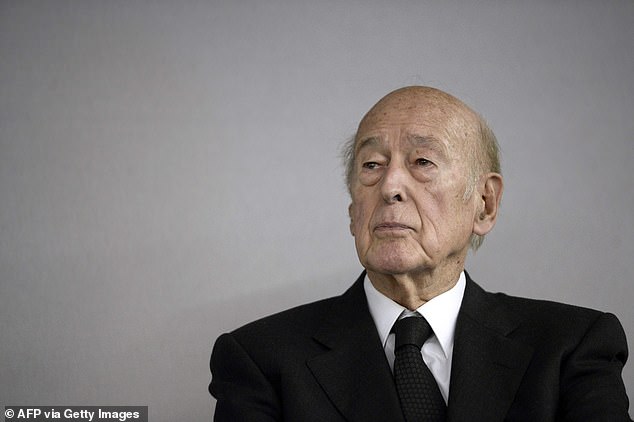 It read: ‘Ms Stracke was extremely shocked by your actions*We cannot allow our employees to be confronted with such situations and therefore very much hope that such behaviour will not be repeated towards any of them in the future.’

Then Ms Stracke decided to complain to prosecutors, saying: ‘At first, I didn’t think about filing a complaint, especially since I had no idea how French justice works.’

But when the £MeToo movement – one aimed at exposing high profile sex abusers across the world – became more influential, she decided to act.

‘This movement has shown me how important it is to debate these issues in society,’ said Ms Stracke.

Her account about the alleged attack by Mr. Giscard d’Estaing is supported by her cameraman, but a sound recordist who was also in the room has refused to testify.

‘If what is alleged against him was true, he would of course be sorry, but he does not remember anything,’ Mr. Revol added.

It was in 2009 that Mr Giscard d’Estaing wrote a romance novel called ‘The Princess and the President’.

It was about an affair between a French president and a thinly veiled British royal – Patricia, Princess of Cardiff, or ‘Lady Pat’.

At the time, there was intense speculation in the French media that Mr Giscard d’Estaing was describing a tryst with Princess Diana in the 1980s.

Mr Giscard d’Estaing was in office in 1981, when Diana married Prince Charles, and they regularly met at official and charity engagements.

The novel’s epigraph read ‘Promise kept’, and at the end Patricia says: ‘You asked my permission to write your story. I grant it to you, but you must make me a promise*’

Neither Mr Giscard d’Estaing nor Princess Diana, who died in Paris in 1997, ever commented on their alleged affair.

Mr Giscard d’Estaing is married to his cousin, Anne-Aymone Sauvage de Brantes, and they had four children together.