Russian investigators have refused to drop murder charges against three sisters who stabbed their ‘rapist’ father to death while he slept.

Krestina, Angelina and Maria Khachaturyan – aged 19, 18 and 17 when they killed Mikhail Khachaturyan, 57, in July 2018 – said they suffered years of ‘torture and sexual abuse’ from their ‘controlling paedophile father’.

They were charged with murder but after public outcry the Moscow prosecutor’s office dropped the charges in January, ruling that the killing was ‘necessary self-defence.’

However, a lawyer for one of the women has told the BBC that Russia’s investigative committee has since rejected the prosecutor’s finding.

Mikhail Khachaturyan (left) was stabbed to death in Moscow by his three daughters, including Angelina (pictured right), in July 2018 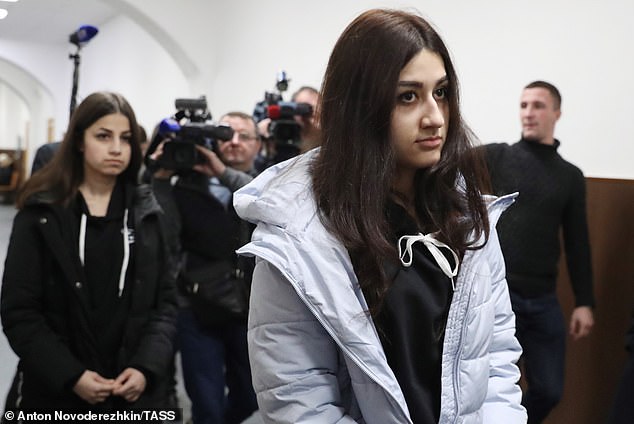 Kristian (right) and Angelina (left), the elder of the three daughters, had been facing up to 20 years in prison if found guilty of murder – this latest twist in the case, again leaving the possibility hanging over them

Lawyer Alexei Lipser said he believes the investigative committee’s rejection of the prosecutor’s findings could lead to prolonged legal wrangling.

‘Formally, the investigative committee conducted an additional investigation but reached the same conclusion [as before, that the original murder charge still stands],’ Lipser told the BBC.

‘It seems the order from above remains the same … Now, either the investigators have to agree with the prosecutor and change the charge [to self-defence] or it goes on ping-ponging back and forth.’

He added that he does not believe the prosecutor will change his position because there has been no new evidence.

The case cannot go to trial unless the two parties agree on the charges.

The sisters had attacked their father with his hunting knife, a hammer and pepper spray, later alleging that he had held them hostage in their own home and subjected them to horrific sexual abuse.

The prosecutor’s office found the girls suffered ‘beating, constant humiliation, threats and abuse, physical and sexual violence’ and this had conditioned them to ‘protect themselves by any means.’ 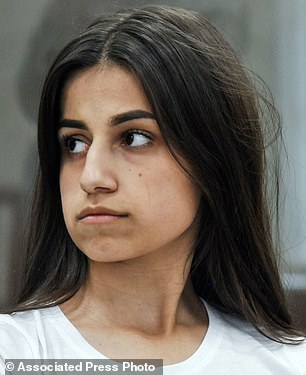 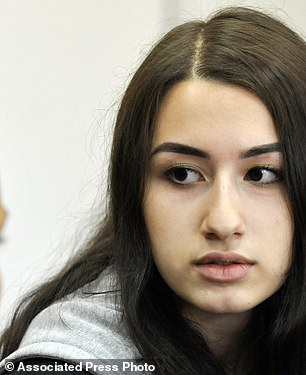 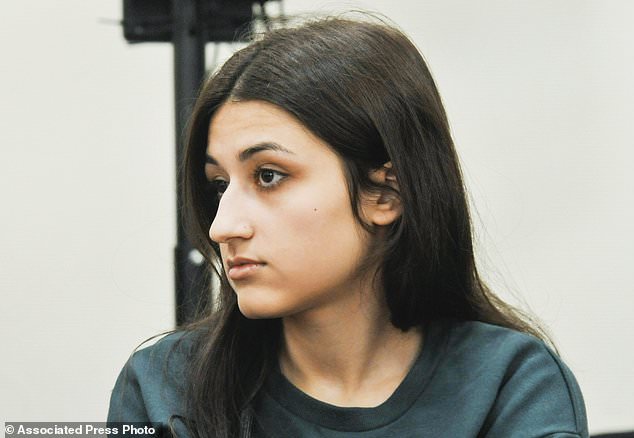 Maria Khachaturyan attends hearings in a court room in Moscow, Russia, in June 2019 before the charges were dropped in January this year

In addition, he ‘abused and humiliated’ them ‘with various weapons’.

Mikhail Khachaturyan kept an array of weapons in his car, including a shotgun, revolvers and a crossbow. He was well connected to both senior Russian officials and criminal bosses, local reports said.

Their mother, who fled the home to save herself, has previously told the BBC she made multiple complaints to the police throughout the years of abuse but was dismissed by officers. 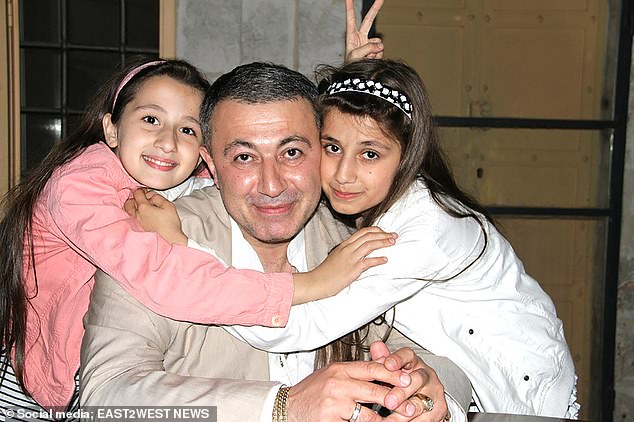 Mikhail Khachaturyan (pictured here with two of the girls when they were younger) allegedly subjected his family to years of abuse, leading to the daughters’ mother to flee the household 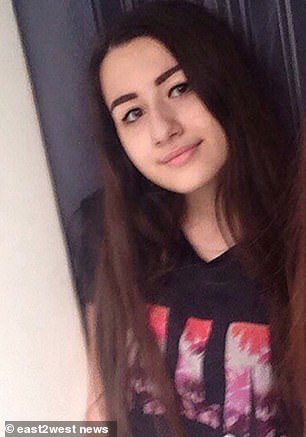 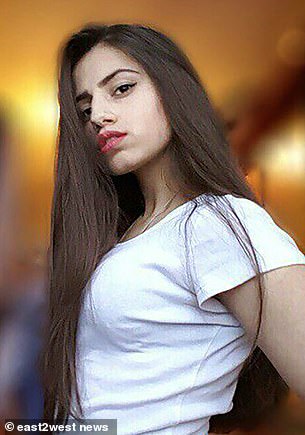 A court has already ruled that Maria (left), then 17, did not understand her actions when she was part of the alleged ‘group’ conspiracy kill their ‘mafia boss’ father. As a result Maria would not have faced jail regardless of any verdict. Angelina is pictured, right

Evidence from the prosecutor had revealed that Mikhail Khachaturyan told one of his ‘terrified’ daughters: ‘You will take the place of your mother. I will marry you and you will give birth to my baby.’

The shocking case had transfixed Russia and more than 350,000 people signed a petition demanding the sisters should not face murder charge.

Although, some relatives had claimed the Khachaturyan father was not the ogre that his daughters described.

Two of the three, Krestina and Angelina, had faced jail for between eight and 20 years.

This latest twist in the case, again leaves that jail time hanging over their heads. 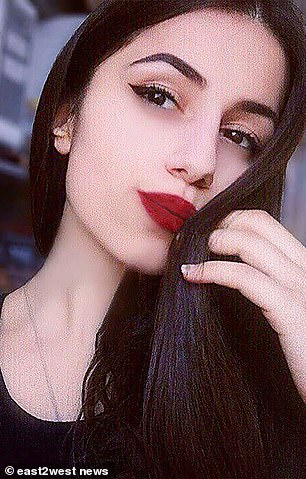 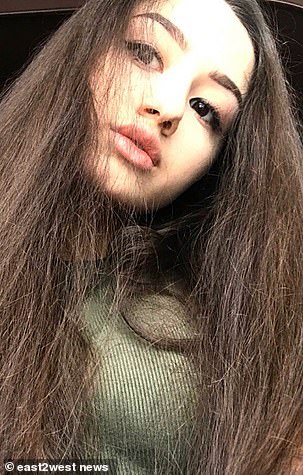 Angelina (left) said she had been preparing food for their father with whom they lived. In the leaked audio of the 999 call, Maria, 18, (left) had said that her father was ‘under the influence of drugs’ when he was killed 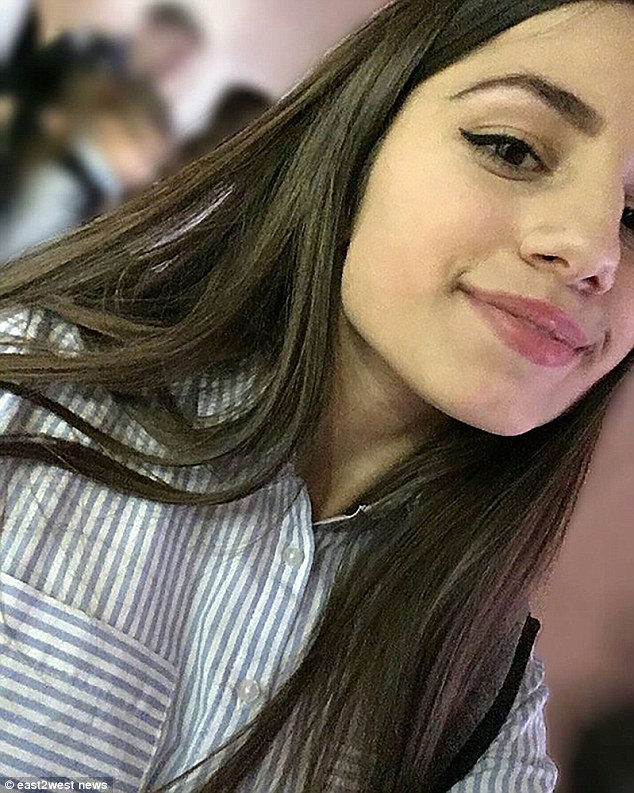 Friends and neighbours claimed the father was tyrannical and that his wife – the sisters’ mother – left him because of his abuse, while a son, now a student at Moscow University, had been ‘thrown out’ of the home by the father. Angelina Khachaturyan is pictured

A court has already ruled that Maria, then 17, did not understand her actions when she was part of the alleged ‘group’ conspiracy kill their ‘mafia boss’ father.

As a result Maria would not have faced jail regardless of any verdict.

The sisters have been living separately in Moscow while they await trial, according to the BBC, and are not permitted to contact each other.