Overseas investors who poured nearly $300 million into an Indian real estate firm that partnered with the Trump Organization have accused it of fraudulently draining two-thirds of the value of their investment.

The investors accuse the IREO real estate firm of ‘illegally siphoning off’ at least $147 million of invested funds – or possibly as much as $200 million.

The firm partnered with the Trump Organization on a partner in India, the Washington Post reported.

It charges Lalit Goyal and co-founder Anurag Bhargava with engaging in ‘large-scale fraud.’

In a letter to investors Goyal called the fraud allegation ‘false, baseless and devoid of any merit.’

Donald Trump Jr., the president’s eldest son who helps run the Trump Organization, visited India in February and attended a ceremony for a Trump-branded apartment building going up in Mumbai.

Trump Jr. called IREO a ‘truly a fantastic group’ during the April 2016 announcement of a planned new luxury office tower.

‘We have enjoyed tremendous success in India with our existing properties in Mumbai and Pune, and we are thrilled to add yet another incredible development to our portfolio. IREO is truly a fantastic group and we are looking forward to pushing the boundaries together to create what will soon be one of the most exciting and sought after commercial towers in India and beyond,’ Trump Jr. said. 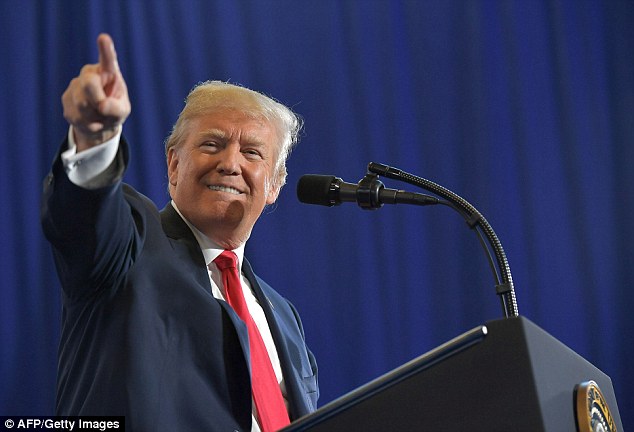 His trip drew criticism for an offer of ‘a conversation and dinner’ with investors willing to put down a $38,000 fee.

The president has given up control of the family business but maintains ownership.

The Post reported that Trump Jr. didn’t specifically plug the IREO project by name, but did say the company had ‘five incredible deals that are all active,’ which included the company’s tower.

Goyal told the Post in 2017: ‘We thought Trump would be the ideal partner,’ for the project. He said in a meeting the year before, the president’s son was ‘very focused on what the commercial building should be. The shape of the glass, what customers like. He was very businesslike’ Goyal said.

He didn’t respond to the paper’s requests for comment about the fraud allegations.

News of the problems in India come after a Orestes Fintiklis, a businessman with a majority stake in the Trump International Hotel and Tower in Panama, led an effort to cast off the Trump name and sever a management deal.