Investors in Neil Woodford’s fund may only get a THIRD of their money back, administrators warn

Investors in Neil Woodford’s fund may only get a THIRD of their money back, administrators warn

By Lucy White and Fiona Parker For The Daily Mail

Long-suffering savers who invested in Neil Woodford’s flagship fund face heavy losses this week when they finally begin to get their money back.

More than 300,000 investors have been denied access to their cash since the toxic Woodford Equity Income Fund was suspended last June.

They will start getting their money back tomorrow, following the appointment of new managers to wind up the fund last year. But they will receive far less than they put in.

Fund administrators said savers will get between 46.4p and 59p per unit. The payout will depend on what kind of units the investor bought and which platform or broker they invested through.

People who invested in Neil Woodford’s (pictured) flagship fund face heavy losses this week when they finally begin to get their money back.

And someone who put in the same amount when the fund hit its peak in June 2017 could see just £3,322 returned.

There should be more to come as the fund’s new managers – Blackrock and PJT Park Hill – sell the rest of the stocks held in Equity Income. But this week’s refund is likely to be the lion’s share of what they will receive.

One Woodford investor, Paul McInerney, 49, lives off what he makes from investing and has been desperate to withdraw his money from the fund.

But Mr McInerney, a former insurance worker, from Sevenoaks, Kent, has been forced to watch helplessly as the value of his £20,000 investment has dwindled.

He is facing losses of 38 per cent. Mr McInerney said the final payout is ‘worse than I was expecting’. He added: ‘The stock market had a reasonable year.

He [Mr Woodford] was trying to be clever by investing in riskier companies, but you can’t play with people’s money. If I saw him now, I wouldn’t spit on him if he was on fire.’

The Woodford Equity Income fund was suspended last June after a run of poor performance caused several investors to try to pull their money out.

But Mr Woodford, 59, had invested a significant proportion of the fund in riskier, unlisted stocks which are harder to sell in a rush. 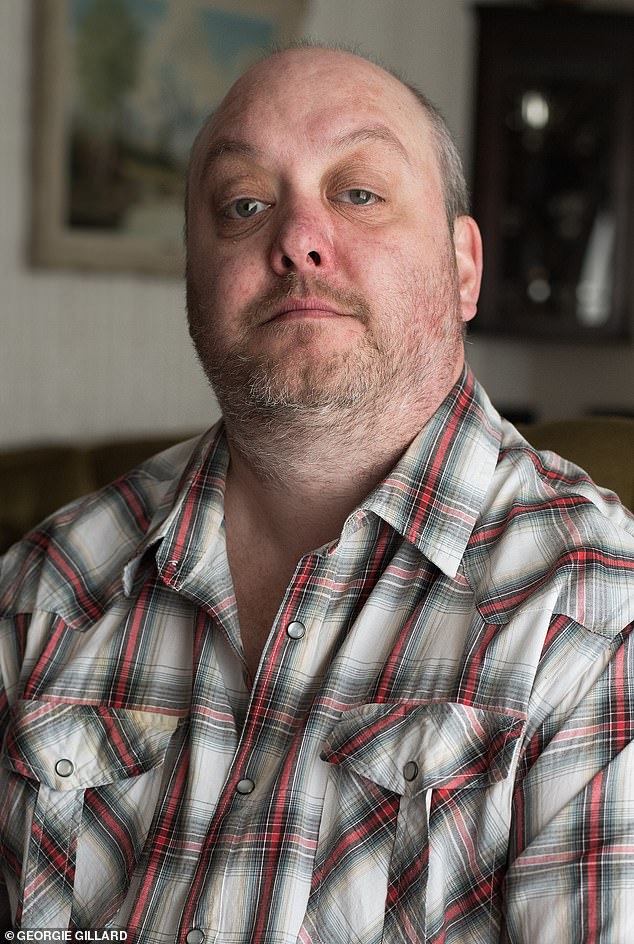 One Woodford investor, Paul McInerney (pictured), 49, from Sevenoaks, Kent, has been forced to watch helplessly as the value of his £20,000 investment has dwindled

Link Fund Solutions, which oversees the management of the £3.2billion fund, decided to suspend it to prevent more people withdrawing their money and forcing him into a fire-sale of the assets.

In October, it fired him from running the fund, but Mr Woodford managed to rake in £8million in fees during those five months from investors trapped in the fund, saying he needed the money to cover expenses.

Since launching the Woodford Investment Management business in 2014, he and his business partner Craig Newman have together bagged £111.8million in profits and dividends.

At the fund’s current price, the amount savers receive tomorrow will be about 74 per cent of the total they can expect back.

But investors cannot count on reclaiming all of the remaining 26 per cent, because this depends on Blackrock and PJT Park Hill being able to sell the rest of the stocks in the fund at a good price.