Representative Steve King declared on Saturday that he was owed an apology from multiple news sources and the Republican party after comments he made tying abortion to rape and incest were misquoted.

During a Saturday town hall in Grundy County that was not attended by many Iowan residents, the controversial Republican politician said that he believed more Iowans realize he was misquoted.

‘They know the [Associated Press] has retracted the quote they initially used because they relied on the Des Moines Register, who did the same,’ King said. 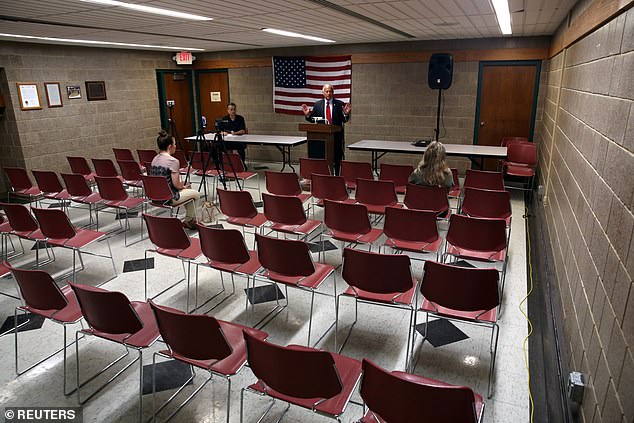 ‘When we have a national, viral attack that comes down on a misquote and it’s absolutely proven, all of those who did that attack owe me an apology, including my own leadership. I don’t expect that’s going to happen because egos are a little too strong in this business.’

The Associated Press corrected a story Thursday afternoon that had relied on a misquoting of King by the Des Moines Register. The newspaper had written that the congressman defended his view by opining that ‘it’s not the baby’s fault for the sin of the father, or of the mother.’

But he was in fact talking about widespread support in Congress for tough restrictions on abortion that would also apply to pregnant women who are rape and incest victims.

‘I’ve got 174 people who say they don’t want exceptions for rape and incest because they understand it is not the baby’s fault, to abort the baby, because of the sin of the father, and maybe sometimes the sin of the mother too,’ King had said.

He did not say where that head-count number came from. 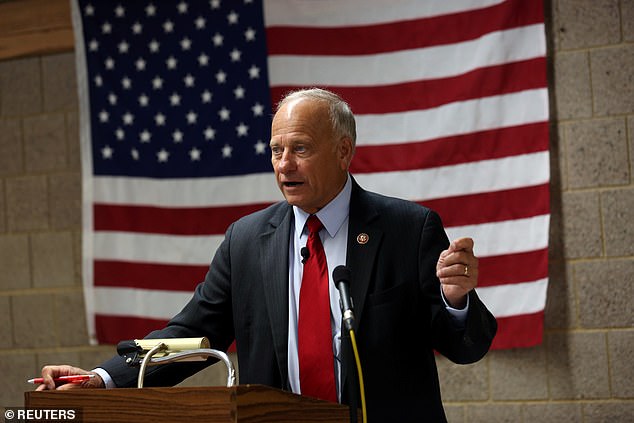 King’s view sparked nationwide outrage from Democratic bloodhounds and moderate Republicans who see abortion as a political third-rail and don’t relish a fight.

King’s remarks are the latest in a long line of controversies that have made the Republican a virtual outcast from his own party.

He announced in February that he would seek a tenth term despite comments about ‘white nationalism’ that he claims were taken out of context.

‘All IA-04 constituents—including women—deserve a leader who will fight for them. Donate to JD Scholten to help make that happen,’ said New York Senator Kirsten Gillibrand, who linked to a page documenting her own contribution.