An Iowa woman convicted of murder in the starvation death of her 16-year-old adopted daughter has been sentenced to three life terms.

The consecutive sentences were handed down on Friday to 43-year-old Nicole Finn. She was found guilty last month of first-degree murder of Natalie Finn and three counts of kidnapping for confining Natalie’s siblings.

Finn said after Friday’s hearing that she intends to appeal the verdict but made no other comment after hearing the sentences. 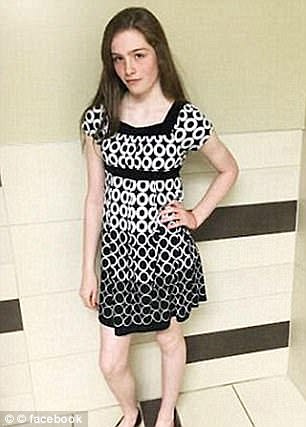 Locked up for life: Nicole Finn, 43 (pictured left in court Friday) was sentenced to three consecutive life terms for the starvation death of her 16-year-old daughter, Natalie (right) 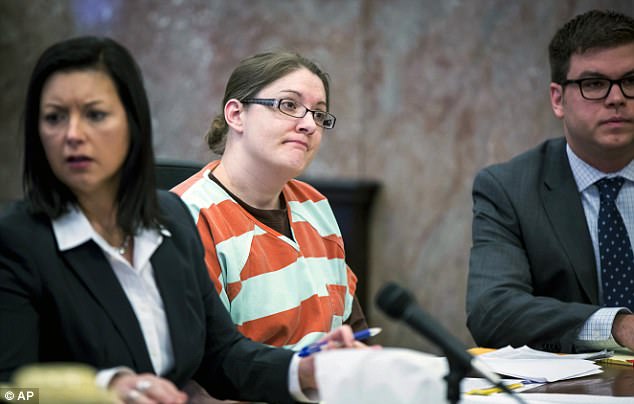 Not pleased: A judge on Friday called Finn’s actions inexcusable and ordered her to not have any contact with her surviving adopted children 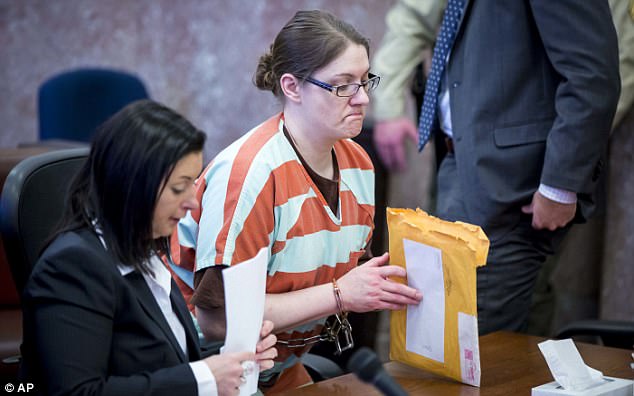 Seeking a do-over: Finn said after Friday’s hearing that she intends to appeal the verdict 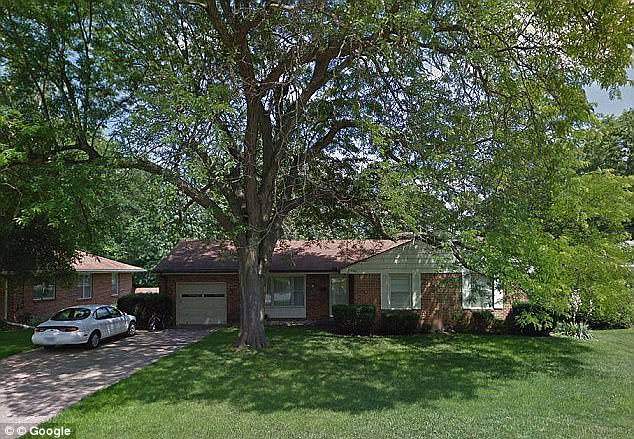 House of horrors: Nicole boarded up some of windows inside the family’s home in West Des Moines to stop Natalie and her siblings from going looking for food

Natalie Finn weighed only 85lbs when she died in October 2016, authorities have said.

Experts testified that her siblings, Mikayla and Jaden, were at risk of starving to death as well and spent months recovering after Natalie suffered cardiac arrest.

Judge Karen Romano called Finn’s actions inexcusable and ordered her to not have any contact with her surviving adopted children. 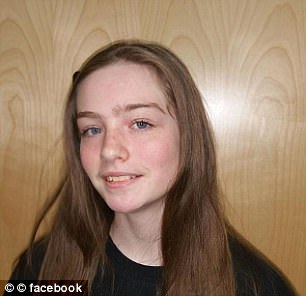 Skeletal: When Natalie died form cardiac arrest in October 2016, she weighed just 85lbs and hardly had any fat or muscle

‘The court cannot imagine what kind of mental trauma these children have suffered,’ Romano said.

He wasn’t living with the rest of the family when Natalie died. His trial is scheduled to begin April 30.

During trial, prosecutors described Nicole as more concerned about her cats than her children.

The mother-of-five kept three of her children locked in a bedroom without furniture and didn’t allow them regular access to food or a bathroom for months.

The children would at times climb out a window of their home and beg for food from neighbors.

After obtaining a court order and visiting the home, the officials declined to remove the girl or her siblings. A child protective worker was later fired amid inquiries by the Department of Human Services, legislators and the Iowa Office of Ombudsman.

In final arguments, the defense said Nicole was detached from reality. 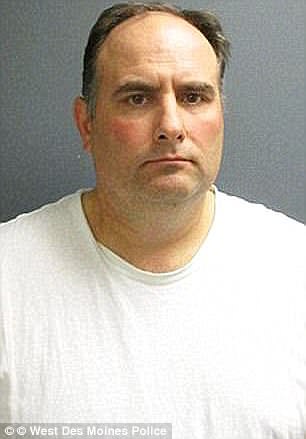 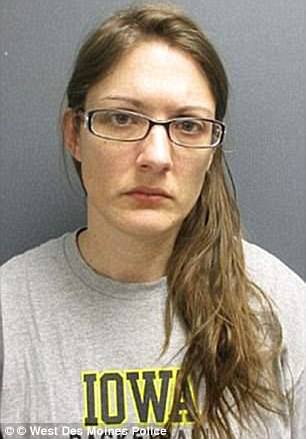 Nicole and her husband Joseph (left) were estranged when Natalie died. He was charged with child endangerment and kidnapping and will stand trial in April