An Iowa woman who said she was wrongly ticketed by an automated traffic camera has accomplished the unusual feat of getting the state Supreme Court to consider her $75 small-claims case.

Marla Leaf, 67,  believes her constitutional rights were violated and on Wednesday the Supreme Court in Des Moines heard her case.

‘Why should I pay for a ticket I didn’t do,’ Leaf asked after the hearing.

‘Why should others have to pay for tickets they didn’t do?’

Marla Leaf, of Cedar Rapids, Iowa, speaks to a reporter outside the Iowa Supreme Court building on Wednesday, September 20, 2017, in Des Moines, Iowa

Her attorney, James Larew, argued that Cedar Rapids, where Leaf lives and was ticketed, is violating equal protection and due process clauses of the Iowa Constitution because it delegates police power to Gatso USA – the private, for-profit company hired to run the automated cameras.

Larew claimed in court documents that semitrailers and government vehicles are not ticketed by the automated Cedar Rapids interstate cameras stating that it’s ‘clearly arbitrary and unreasonable’.

Leaf was driving her Ford Mustang home from an eye doctor’s appointment on Febuary 5, 2015, when the automated speed camera system on Interstate 380 in Cedar Rapids clocked her at 68 mph in a 55 mph zone.

She remembered that the roads were icy and she was driving so slowly that cars were passing her on both sides.

Leaf, who had never had a speeding ticket, insisted she was traveling between 50 and 55 mph. 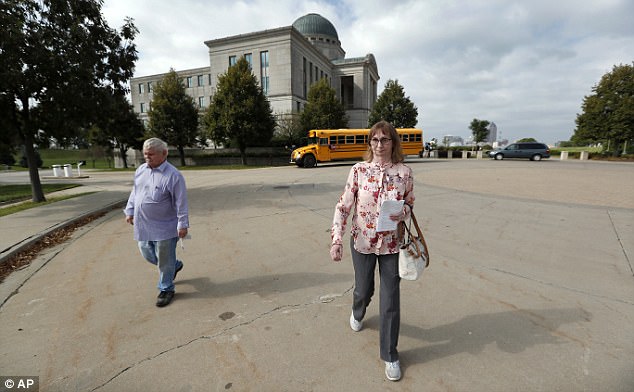 Leaf and her husband leave the courthouse in Des Moines. It will likely be several months before the court make a decision in her case

Leaf’s case, which the Iowa Supreme Court has combined with another case with similar arguments involving six vehicle owners, is very unusual.

Cases involving traffic cameras have been appealed before to federal and state courts on various constitutional grounds, but it’s rare for the Iowa Supreme Court to take a case already considered once on appeal.

The cases heard Wednesday were assigned to the Iowa Court of Appeals last year and in February the court ruled in favor of the city. 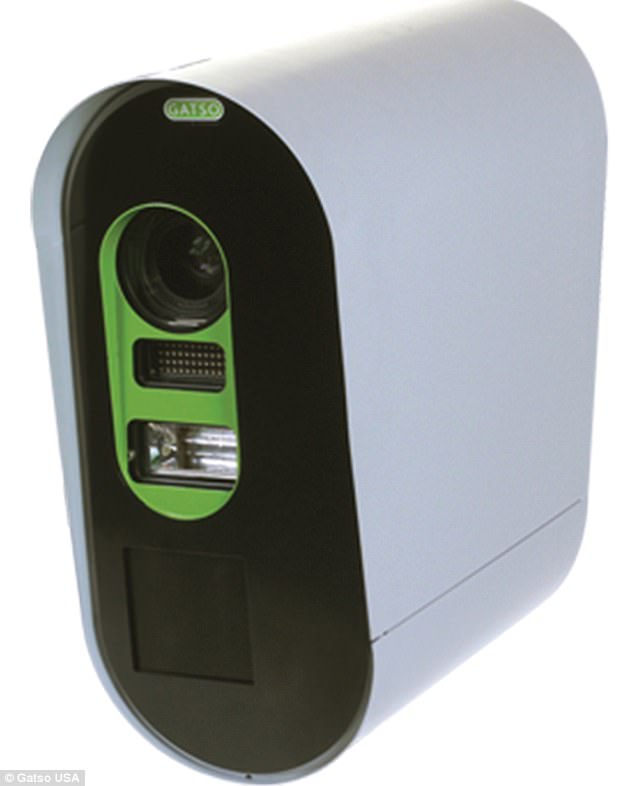 Leaf and the other ticketed vehicle owners sought and were granted further review from the Supreme Court.

Such cases are closely watched by other communities with automated traffic equipment, much of which is run by private companies.

Another argument centered on a requirement that citations be appealed to a city administrative hearing officer, which in Leaf’s case was the son of a police officer.

Larew said that denies people of their right under state law to appeal directly to a magistrate or district court judge. 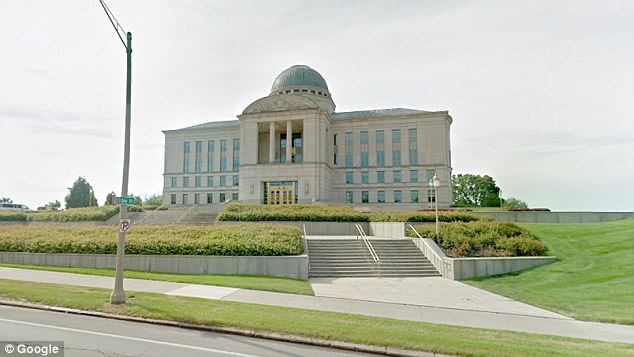 Larew also said the case raises fundamental questions about whether the city can impose fines on people driving on a federal interstate highway.

Iowa is the only state to allow automated speed cameras on interstates.

It likely will be several months before the court makes a decision.