iPhone users could be owed £750 in compensation from Google

iPhone owners could be set for a £750 windfall from Google.

The multinational search company faces mass legal action over claims it quietly tracked millions of iPhone users in the UK.

Google siphoned personal data, including information on physical and mental heath, political affiliations, sexuality and sexual interests from iPhone users and used it to divide people into categories for advertisers, the High Court heard.

The Mountain View company is being sued by a collective calling itself ‘Google You Owe Us’, which is being led by former Which? director Richard Lloyd.

Some 4.4 million iPhone users are believed to have been affected.

‘Google You Owe Us’ hopes to win compensation of at least £1 billion, however, court filings reveal the collective is looking for a maximum payout of £3.2 billion.

That would amount to £750 per iPhone user.

Google collected sensitive personal data from 4.4 million iPhone users and used it to divide people into categories for advertisers, the High Court has heard

The first hearing of the case was heard in London on Monday, lawyers for Mr Lloyd told the court information collected by Google included racial or ethnic origin, physical and mental heath, political affiliations or opinions, sexuality and sexual interests and social class.

They said information about an individual’s financial situation, shopping habits and their geographical location were also obtained.

Hugh Tomlinson QC, representing Mr Lloyd, said information was then ‘aggregated’ and users were put into groups such as ‘football lovers’ or ‘current affairs enthusiasts’.

These were then offered to subscribing advertisers to use when deciding who to direct their marketing material to.

Mr Tomlinson said the data was gathered through ‘clandestine tracking and collation’ of information relating to internet usage on iPhone users’ Safari browser – known as the ‘Safari Workaround’. 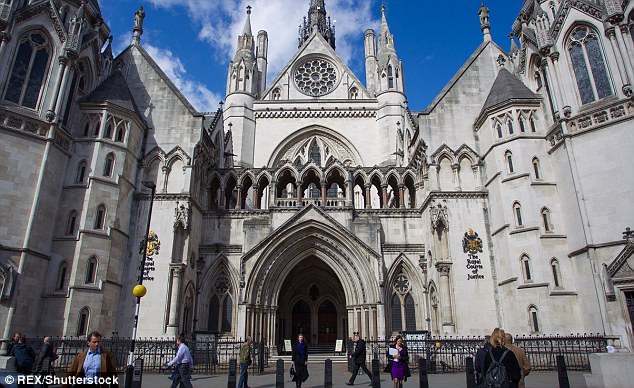 COULD YOU BE ENTITLED TO £750 COMPENSATION FROM GOOGLE, AND HOW CAN YOU CLAIM IT IF YOU ARE?

Google is being sued by a collective calling itself ‘Google You Owe Us’.

The group, spearheaded by former Which? director Richard Lloyd, is suing over reports Google siphoned data from millions of iPhone users in the UK.

These details were used to categorise users into profiles, such as ‘football lovers’ or ‘current affairs enthusiasts’, which could be used by advertisers to target specific groups of users.

‘Google You Owe Us’ claims Google took iPhone users’ data by bypassing default privacy settings on the iPhone Safari browser, enabling it to collect data without consent from the user.

‘Google You Owe Us’ is seeking compensation of between £1 billion and £3.2 billion.

The latter would result in all affected iPhone users being compensated with a £750 payout.

You will qualify to join the class action lawsuit if you meet the below criteria.

If the case is successful, members of the claimant class will be asked to register in order to receive money they are owed.

‘Google You Owe Us’ could also asked iPhone users to provide proof that they qualify to receive money under the claim. For example, proof that you had an Apple ID and were an iPhone user between June 2011 and February 2012.

He told Mr Justice Warby the activity was exposed by a PhD researcher in 2012 and Google has already paid $39.5 million (£29.2 million) to settle claims in the USA.

Speaking ahead of the hearing, Mr Lloyd said: ‘I believe that what Google did was quite simply against the law. 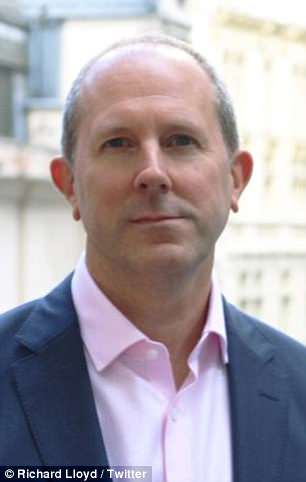 The litigation is being brought by campaign group Google You Owe Us, led by former Which? director Richard Lloyd

‘Their actions have affected millions in England and Wales and we’ll be asking the judge to ensure they are held to account in our courts.’

Google contends the type of ‘representative action’ being brought against it by Mr Lloyd is unsuitable and should not go ahead.

Lawyers for the California-based company said there is no suggestion the Safari Workaround resulted in any information being disclosed to third parties.

They also said it is not possible to identify those who may have been affected and the claim has no prospect of success.

Anthony White QC, for Google, said the purpose of Mr Lloyd’s claim was to ‘pursue a campaign for accountability and retribution’ against the company, rather than seek compensation for affected individuals.

He said: ‘The court should not permit a single person to co-opt the data protection rights of millions of individuals for the purpose of advancing a personal ‘campaign’ agenda and should not allow them to place the onus on individuals who do not wish to be associated with that campaign to take positive steps to actively disassociate themselves from it.’