Two people have died and two more are fighting for life after a car drifted onto the wrong side of the road and smashed into another vehicle.

The crash occurred in wet and foggy conditions about 6.20am on the Centenary Highway between Springfield and White Rock near Ipswich, Queensland.

Six people were assessed by paramedics at the scene with two men in their 20s rushed to hospital in critical condition.

Queensland Ambulance Service said one man was taken to Princess Alexandria Hospital and the other to Royal Brisbane and Women’s Hospital.

Three cars were involved in the crash with one thrown onto its side and another needing its doors cut off to rescue those trapped inside.

Two females were also sent to Princess Alexandria Hospital – one in her 20s with leg and abdominal injuries in a serious condition and another with minor injuries.

The Centenary Highway is closed in both directions and motorists asked to avoid the area. 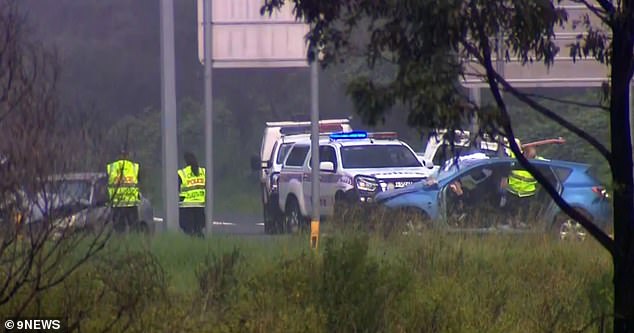