Iran executed the so-called ‘Sultan of Coins’ and his accomplice on Wednesday for hoarding gold coins and other hard currency, signaling zero tolerance as it tries to shore up its currency in the face of an economic crisis.

They were convicted of manipulating coin and hard currency markets through illegal and unauthorized deals as well as smuggling.

Vahid Mazloumin (C) appearing in court for the first time on charges of manipulating the currency market, for which he has now been executed

An unspecified number of other accomplices went to prison.

Iran detained Mazloumin, 58, in July for hoarding two tons of gold coins and accused him of ‘spreading corruption on earth’ – a capital offence under Iran’s Islamic laws.

Special courts focused on financial crimes were set up in August with the approval of Supreme Leader Ayatollah Ali Khamenei, the highest authority in the Islamic Republic. 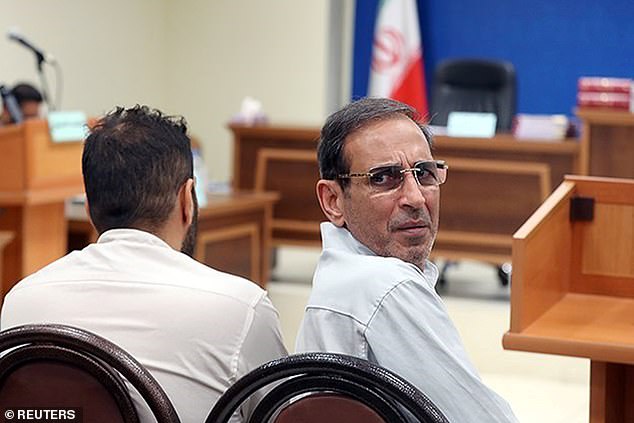 Iran detained Mazloumin, 58, in July for hoarding two tons of gold coins and accused him of ‘spreading corruption on earth’ – a capital offence under Iran’s Islamic laws

The courts have handed out at least seven death sentences since they were set up and some of the trials have been broadcast live on television.

The local currency has plummeted in recent months following President Donald Trump’s withdrawal from the 2015 nuclear deal in May, which had lifted international sanctions in return for Iran curbing its nuclear programme.

President Trump reinstated the U.S. sanctions and since then the Iranian rial has lost around 70 per cent of its value; it is now 135,000 to the dollar compared to last year’s rate of around 40,500.

As a result, Iranians have stocked up on gold coins and other safe-haven investments on the unofficial market as they try to protect their savings. 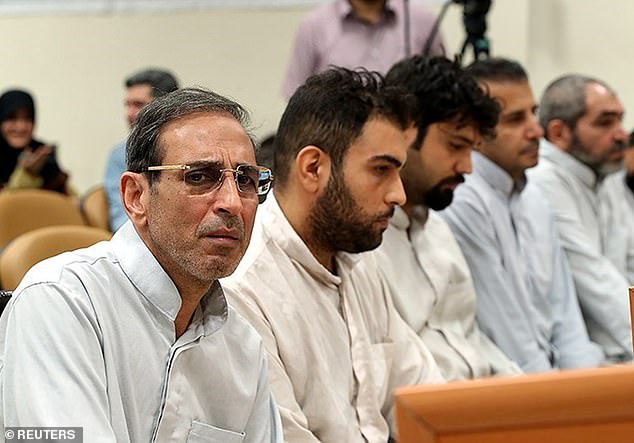 The cost of living has also soared, provoking sporadic demonstrations against profiteering and corruption, with many protesters chanting anti-government slogans.

Sporadic protests over the deteriorating economy have erupted in recent months.