By Afp and Darren Boyle for MailOnline

Iran has seized a British-registered oil tanker with 23 crew in the Strait of Hormuz.

The Stena Impero was passing through the bottle neck into the Persian Gulf when it turned dramatically to the north at 4pm, UK time.

The vessel was surrounded by heavily-armed small craft and a helicopter and ordered to turn north. 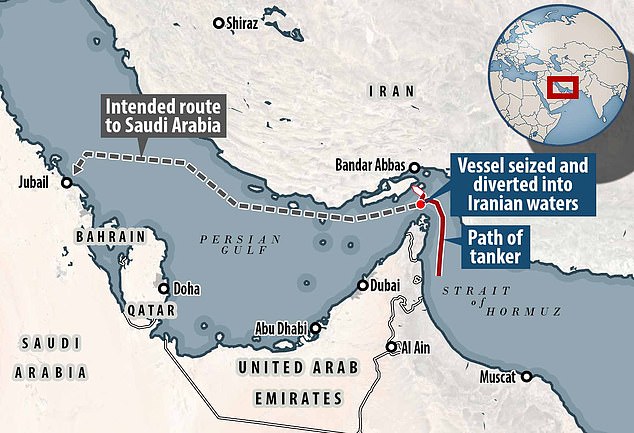 The Stena Impero was surrounded by Iranian Revolutionary Guard forces at 16:00 BST and ordered to head north. The British registered vessel switched off its maritime tracker a short time later 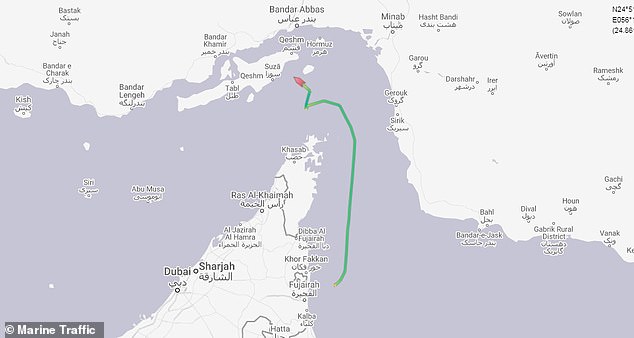 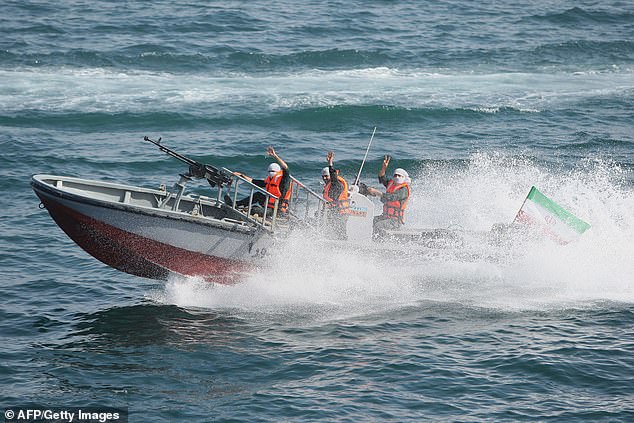 The Iranian Revolutionary Guard uses a large number of high-speed small vessels to harass shipping in the Strait of Hormuz. The regime launched these ‘ultra-fast’ boats in 2010

The vessel had left Fujairah in Dubai and moved into the Strait of Hormuz when it was intercepted.

According to Iranian state TV, the Stena Impero tanker ‘was confiscated by the Revolutionary Guards at the request of Hormozgan Ports and Maritime Organisation when passing through the strait of Hormuz, for failing to respect international maritime rules.’

The Foreign Office said it was seeking further information about the fate of the vessel and its crew.

It is understood the British-flagged tanker was surrounded by small craft and helicopters and ordered to turn north into Iranian waters.

A statement from Stena Bulk, the company which owns the tanker, said the firm had lost contact with the crew of 23 after it was approached by ‘unidentified small crafts and a helicopter’ at around 4pm. 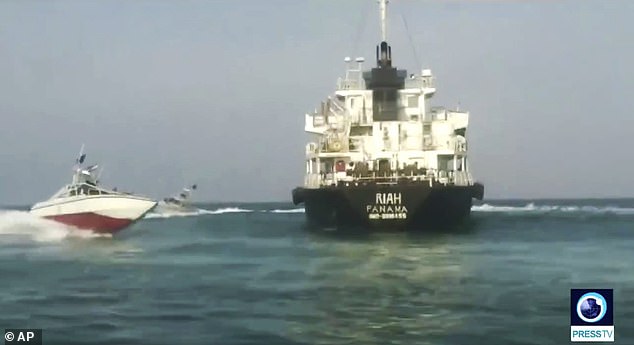 The statement said: ‘Stena Bulk and Northern Marine Management can confirm that at approximately 1600 BST on 19th July UK registered vessel Stena Impero (built 2018, 49,683 DWT) was approached by unidentified small crafts and a helicopter during transit of the Strait of Hormuz while the vessel was in international waters.

‘We are presently unable to contact the vessel which is now heading north towards Iran.

‘There are 23 seafarers aboard. There have been no reported injuries and their safety is of primary concern to both owners and managers.

‘The priority of both vessel owner Stena Bulk and ship manager Northern Marine Management is the safety and welfare of the crew.’

An Ministry of Defence spokesman said: ‘We are urgently seeking further information and assessing the situation following reports of an incident in the Gulf.’ 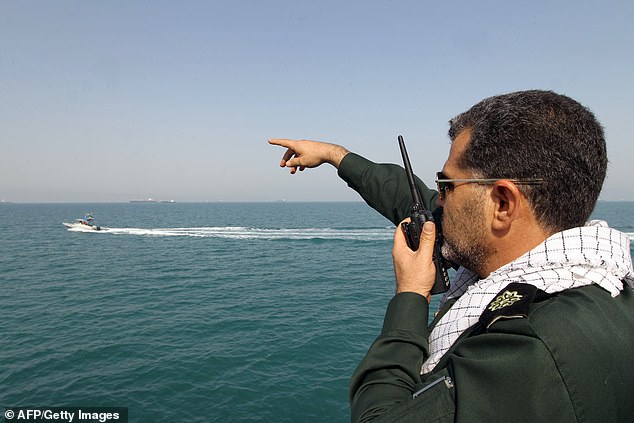