Iran is building a sprawling nuclear facility beneath a mountain to protect it from bombardment and prying eyes, experts have revealed.

The Fordow nuclear enrichment facility, located around 80 miles south of Tehran, was never re-purposed as was promised in the 2015 Joint Comprehensive Plan of Action (JCPOA).

Iranian nuclear scientists can rapidly produce weapons-grade levels of nuclear enrichment within the deep underground corridors of the facility, a leading think tank said on Wednesday.

The plant is buried in a mountain range, originally under the command of the Islamic Revolutionary Guard, it is heavily fortified by a ring of steel fencing with guard towers every 80ft.

Russian-made S-300 missile systems were installed three years ago and it has become a hot-spot of activity as satellite imagery reveals intensifying construction, according to the Institute for Science and International Security.

The U.S. Air Force has B-2 stealth bombers armed with the 33,000lb ‘bunker buster,’ but experts fear the plant could be indestructible. 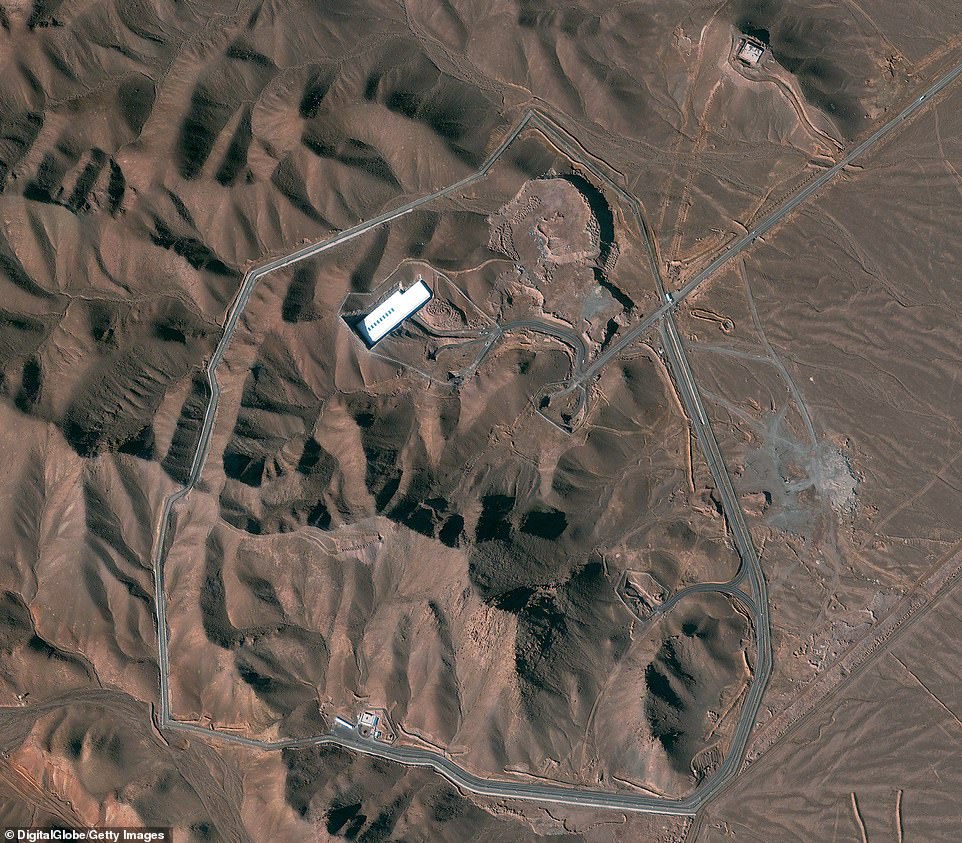 The facility is surrounded by a ring of steel and guard towers which cut through the rugged terrain – towards the top of the image a road can be seen leading inside which branches off, one route heading to a building with a white roof and another to the underground bunker 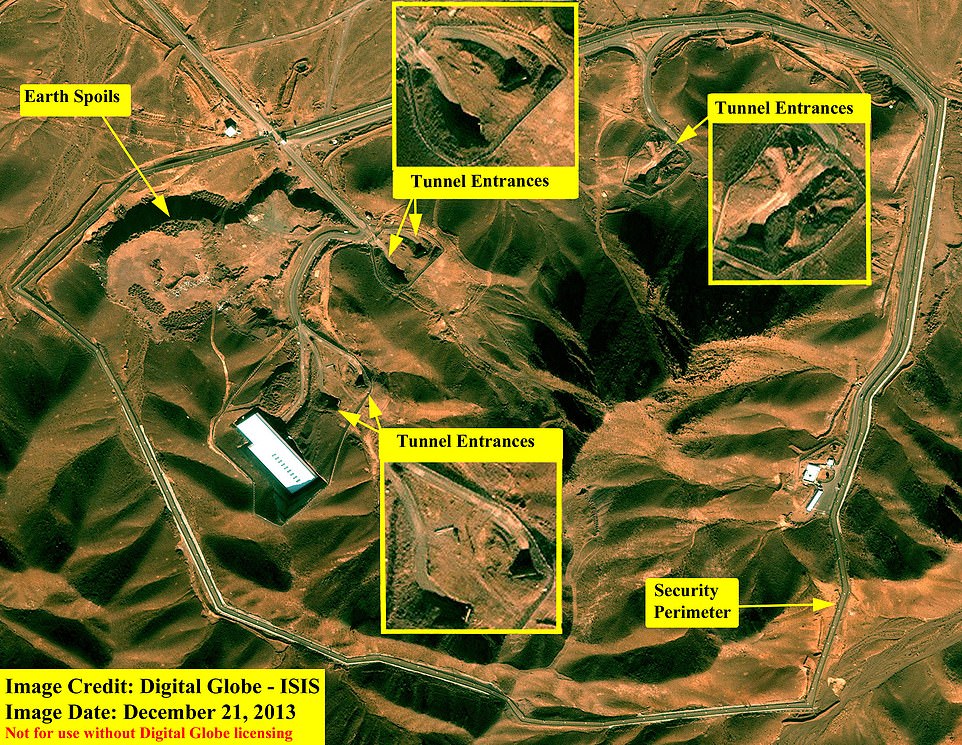 Tunnels are used to access the lair which is packed with more than 1,000 centrifuges used in nuclear production.

The Institute for Science and International Security, founded by former UN nuclear inspector David Albright, say: ‘Everything required to enrich uranium to weapons grade could be quickly reconstituted in the underground portion of the facility.

‘Fordow is potentially part of Iran’s current threats to progressively go to higher enrichment levels and increase its stocks of enriched uranium, and if conducted there, Fordow’s underground tunnel complex is fortified to withstand aerial bombardment.’

It was built in 2002 under the ‘Amad Plan’ – Iran’s nuclear weapons program – but its discovery by Western intelligence forced Tehran to convert it to a power plant in 2009.

And in 2016, the JCPOA decreed that it be converted into a ‘nuclear, physics and technology centre,’ but it is now a key asset in what the Trump administration calls ‘nuclear extortion.’ 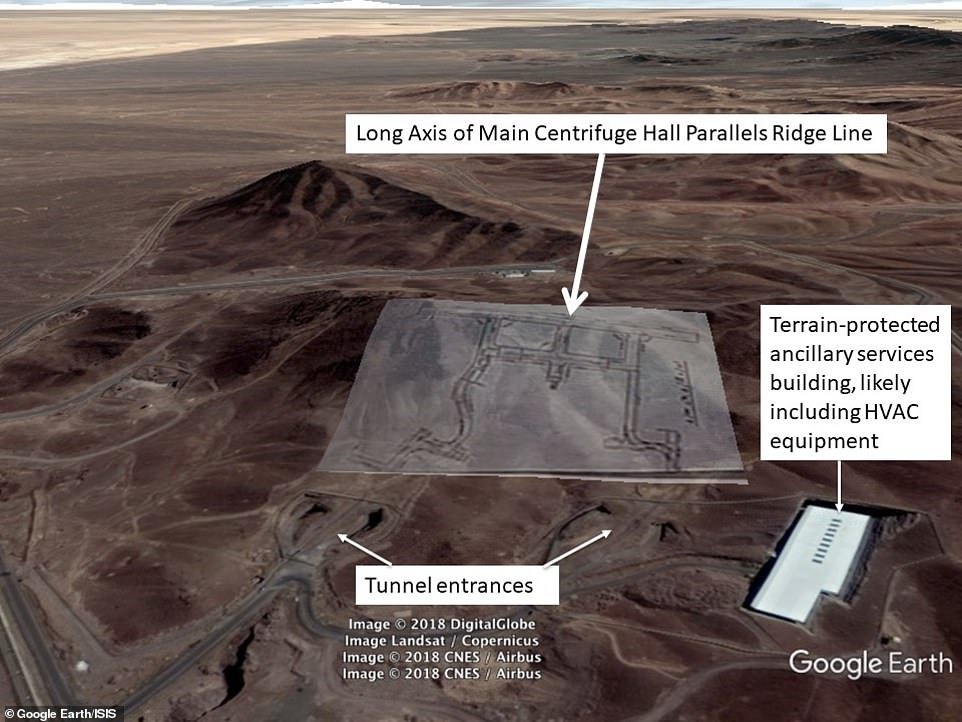 Tunnels are used to access the heart of the facility which is packed with over 1,000 centrifuges used for nuclear production 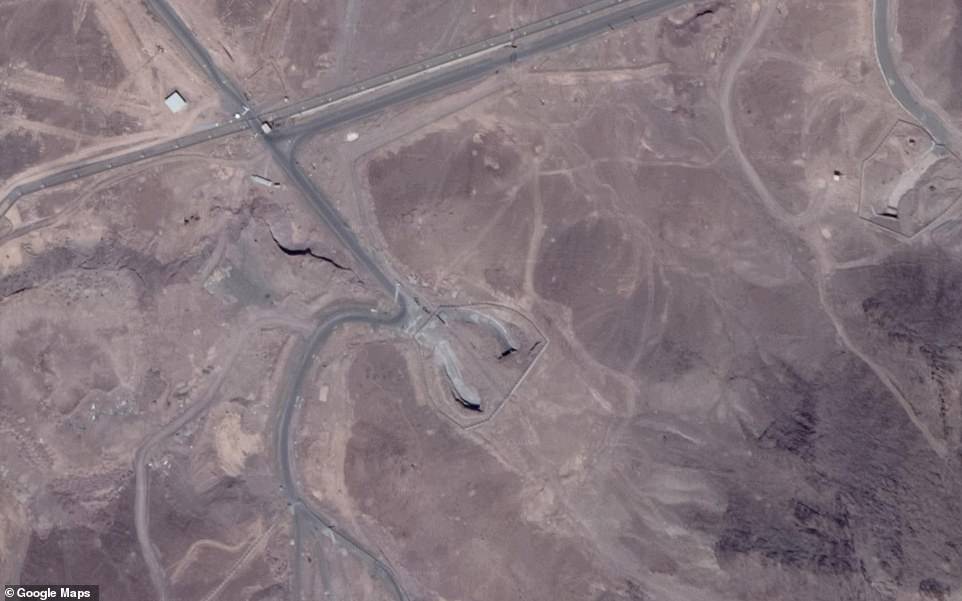 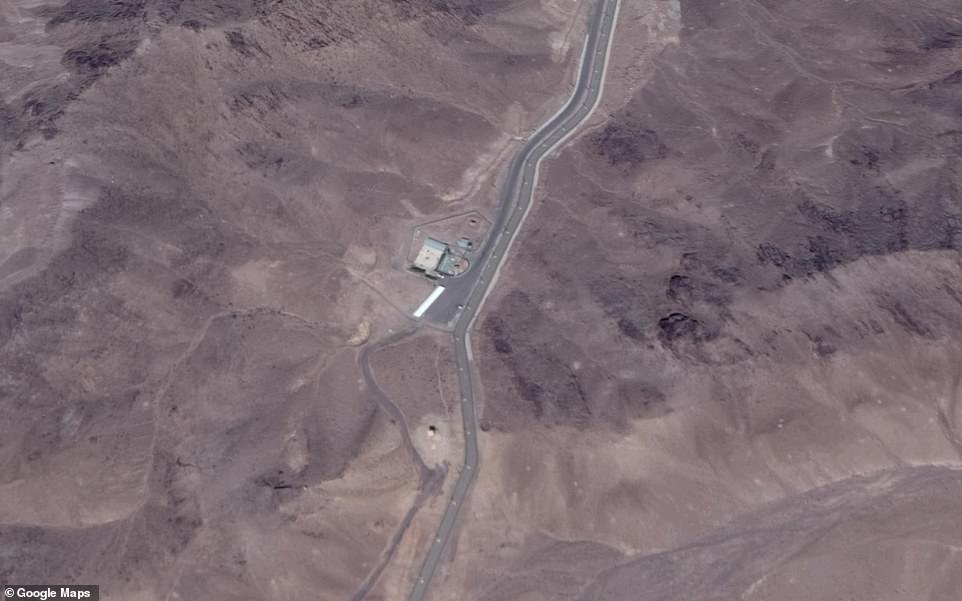 According to the Institute for Science and International Security there are some ancillary service buildings dotted around the surface, but the real heart of the project is buried in an underground facility

The U.S. President has lashed the renegade state with sanctions over alleged breaches to the JCPOA and Iran has responded with attacks on oil tankers in the Strait of Hormuz and shooting down a U.S drone.

Trump has called the Obama-era JCPOA ‘the worst deal in history,’ and according to the Institute for Science and International Security, ‘there is little reason to believe that Iran ever intended any meaningful conversion of the Fordow tunnel complex.’

Iran announced last week that it had exceeded the amount of low-enriched uranium it is allowed to stockpile under limitations set in the 2015 nuclear deal. 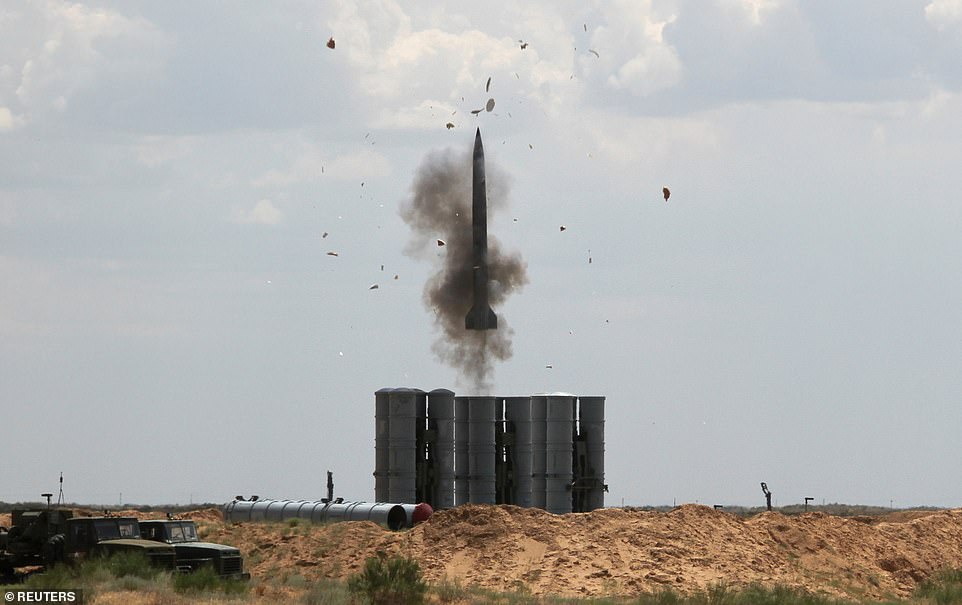 The facility is also guarded from air attacks by Russian-made S-300 missile systems (pictured: a Russian S-300 air defence system launches a missile during military exercises at the Ashuluk shooting range in Russia) 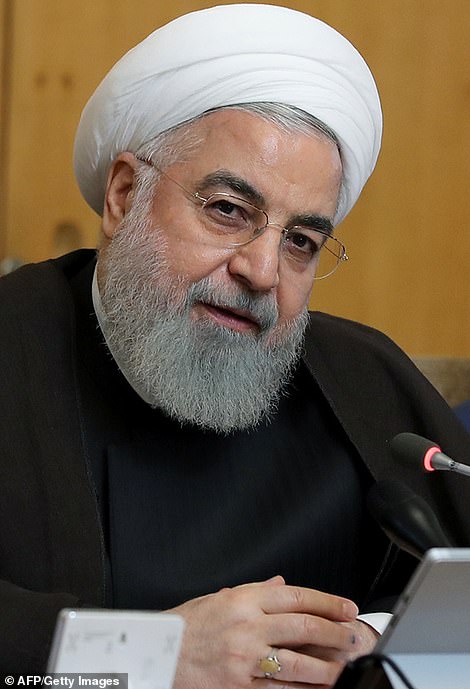 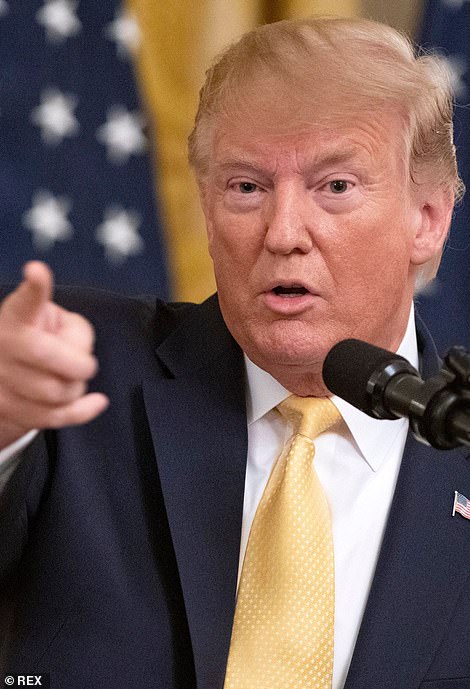 President Donald Trump (right) has slapped heavy sanctions on Iran after it says Tehran breached the 2015 JCPOA, President Hassan Rouhani has engaged in heated rhetoric with Trump after attacks on tankers and a US drone

Since then, it also announced it has started enriching uranium past the 3.67% purity allowed, to 4.5%, and IAEA inspectors verified both developments.

By doing so, Tehran hopes to increase the pressure on the remaining members of the JCPOA, to provide economic relief for American sanctions. It has set an early September deadline until it pushes limits further.

So far, the remaining parties to the nuclear deal – Russia, China, Germany, France, Britain and the European Union – have been unable to meet Tehran’s demands for enough economic assistance to offset the American sanctions.

They have said they remain committed to preserving it, however, insisting it is the best way to prevent Iran from obtaining a nuclear weapon – even though Iran says it is not interested in producing one.