By Tim Stickings For Mailonline and Wires

Iran has showed off what it says is a new high-tech ‘missile city’ with an underground stash of rockets operated by its Revolutionary Guards.

The base was inspected by Guards commander Hossein Salami who boasted that it makes up only a ‘small section of the great and expansive missile capability’ possessed by Tehran.

Footage broadcast by state TV showed rows of missiles stashed in a depot at the underground base, while the head of the Guards’ naval unit said the site was equipped to detect enemy signals.

Rows of missiles are stashed in an underground depot in Iran, seen in footage broadcast by state TV which boasted about the new so-called ‘missile city’ 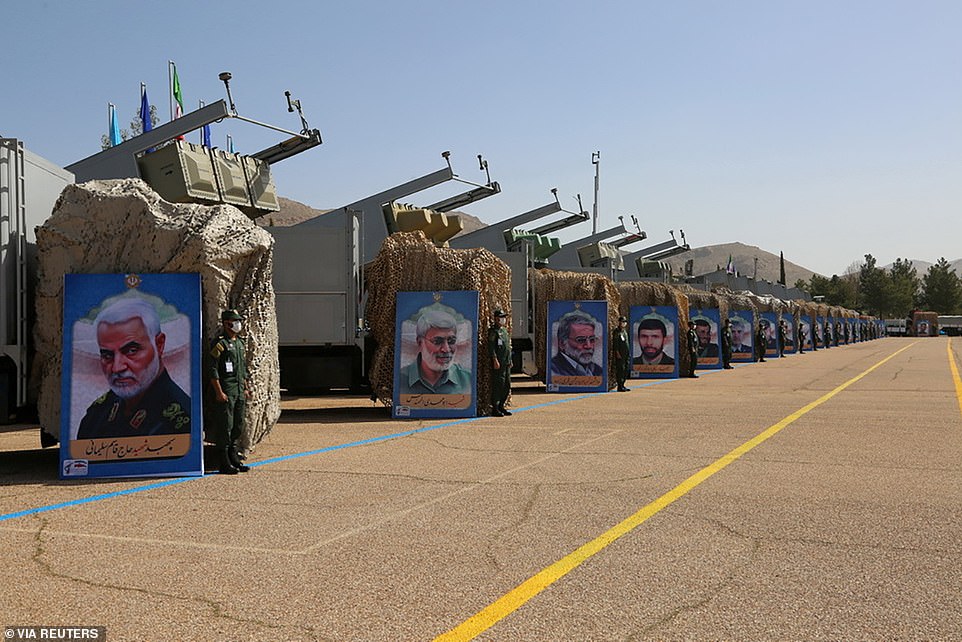 Iranian missiles are seen at the base belonging to the Revolutionary Guards, one of them decorated with a picture of the force’s late commander Qassem Soleimani

Iran has one of the biggest missile programmes in the Middle East and regularly boasts of technological advances in its armed forces.

No location was given for the base, but last year the Guards claimed they had built a number of underground ‘missile cities’ along the Gulf coastline.

General Salami – who succeeded the late Qassem Soleimani after his death in a US drone strike last January – bragged that the cruise and ballistic missiles would boost the strength of the Guards’ naval forces.

Tehran claims to have missiles that can travel as far as 1,200 miles placing much of the Middle East, including Israel, within range.

Following Soleimani’s death, Iran retaliated by firing at US bases in Iraq before the Guards caused a separate crisis by clumsily shooting down a passenger plane.

The deaths and attempted cover-up turned the initial wave of public support for the Iranian regime into several days of angry protests.

But Iran has continued to spar with the US and last year launched ballistic missiles in an exercise involving a mock-up US aircraft carrier in the Strait of Hormuz, highlighting its network of subterranean missile bases. 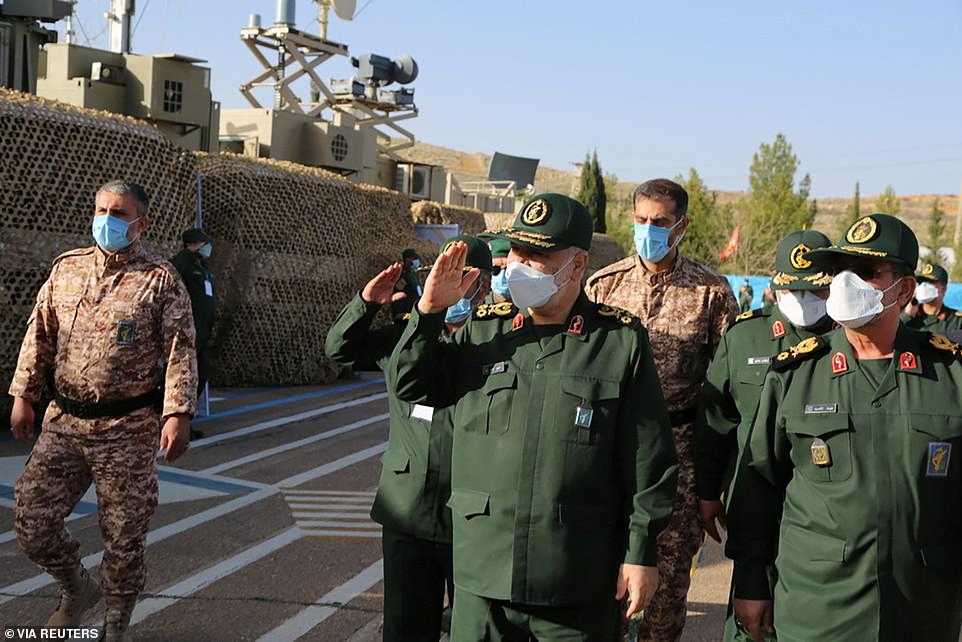 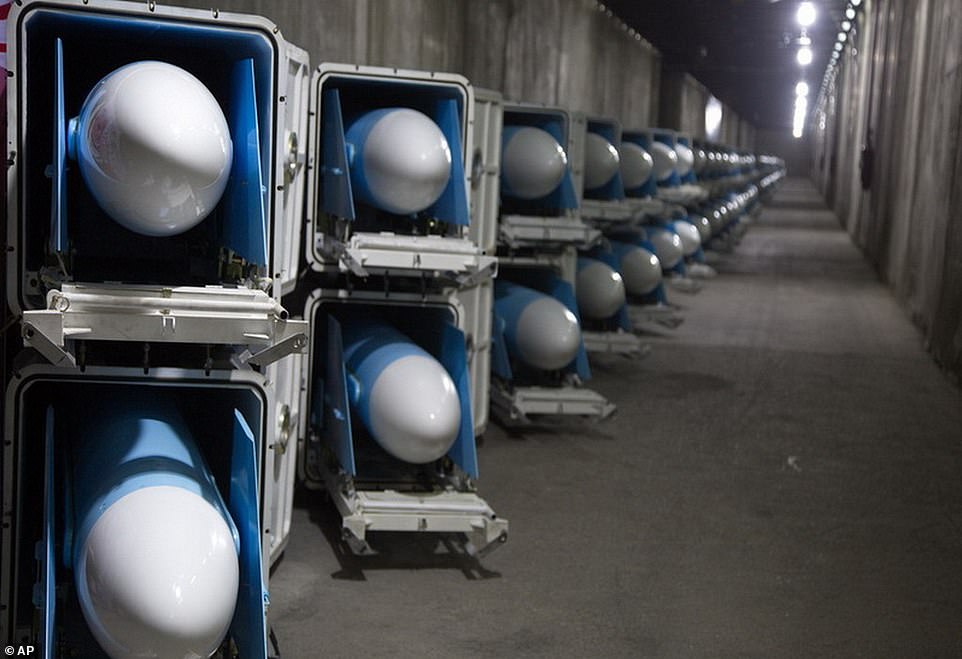 The US and its Western allies see Iran’s missile program as a threat, along with the secretive nuclear programme which it claims is meant for peaceful purposes.

Tehran has gradually breached its commitments to the 2015 nuclear deal with world powers following the Trump administration’s withdrawal from the deal in 2018.

Joe Biden has signalled he wants to re-engage with Iran but has said that he will not pre-emptively lift sanctions to get Tehran back to the negotiating table.

Iran has accumulated its ballistic missiles since its bloody 1980s war with Iraq which saw both nations fire missiles on each other’s cities.

A UN arms embargo prevents Iran from buying high-tech weapons systems but it has developed its own ballistic missiles as a deterrent.

Since 2011, it has claimed to have underground facilities across the country as well as along the southern coast near the strategic Strait of Hormuz.

The underground tunnels help protect those weapons, including liquid-fuelled missiles that can only be fuelled for short periods of time. 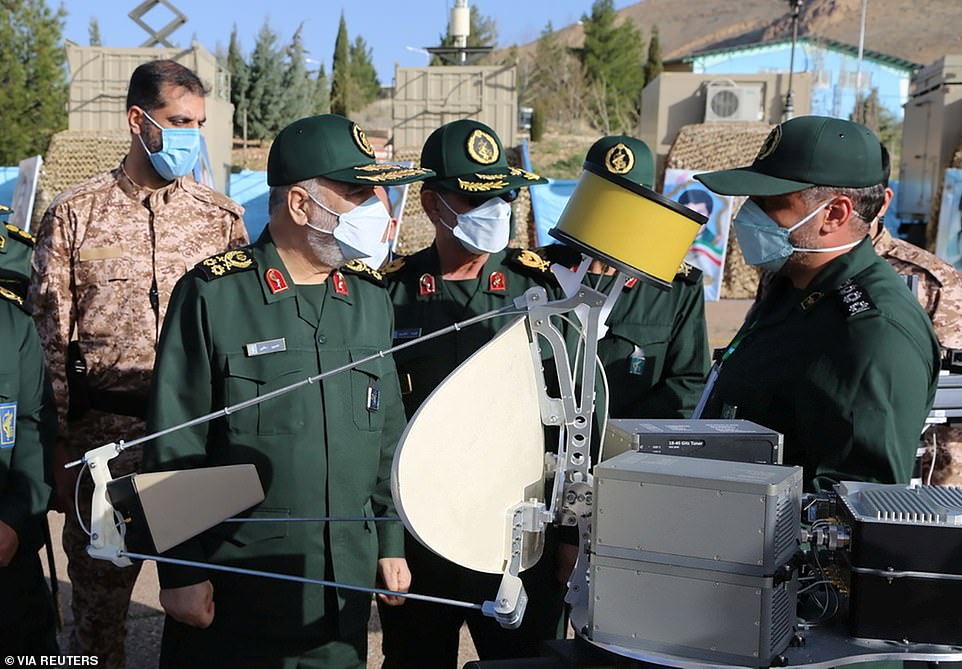