A young activist courageously stood up to Iran’s strict morality laws as she cut her long raven tresses at the British Vogue ‘Forces For Change’ dinner in London yesterday.

Roxanna Vatandoust, who is of Iranian heritage, was pictured standing at a podium as she brandished a pair of scissors and took it to her curls, in a powerful moment during the celebrated event hosted by Edward Enninful and Vanessa Kingori.

The 22-year-old Londoner marked her stance against the regime, joining outraged protesters around the world, many of whom took to the streets following the arrest and death of Mahsa Amini more than two months ago.

The influencer – who has also co-founded jewellery brand Telah, which produces stunning accessories based on her heritage – shares multiple resources about the situation in Iran on her social media.

Roxanna Vatandoust (pictured) who is of Iranian heritage, was snapped standing at a podium as she brandished a pair of scissors and took it to her curls 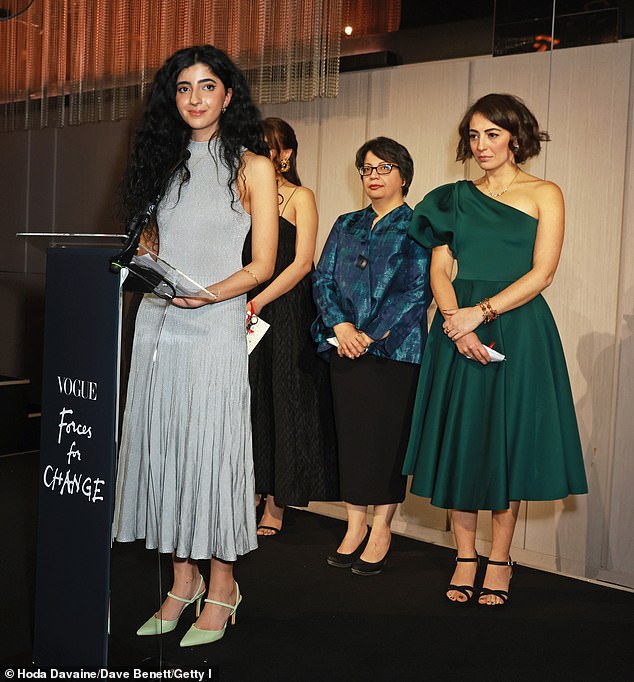 She donned a stylish, silver halter neck dress and mint-green heels while speaking at the lavish gathering.

Earlier this year, the late Mahsa had been held for allegedly violating the Islamic Republic’s strict dress codes, which dictate women must cover their heads in public.

Her death unleashed a wave of unrest that has grown into calls for the downfall of the country’s clerical rulers – with the crackdown by the Iranian regime resulting in hundreds of deaths.

Iran’s attorney general Mohammad Jafar Montazeri last week, according to the ISNA news agency, claimed that the ‘morality police have nothing to do with the judiciary’ – in a statement largely interpreted to mean that it had been abolished. 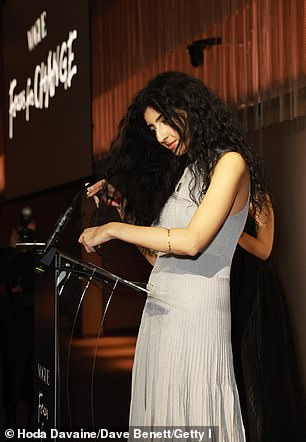 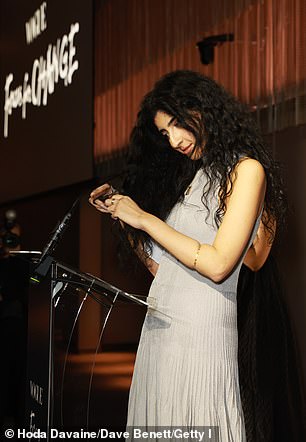 He had also said the Iranian parliament was considering removing law that makes wearing a Hijab mandatory.

However, Iranian state media noted reports abroad and said that Montazeri’s comments had been interpreted incorrectly, saying no declaration had been made, and that the morality police continues to operate.

Other reports noted that the unit had been largely inactive since the protests broke out after Mahsa’s death.

‘We have to amplify their voices,’ Roxanna recently told British Vogue, speaking about the urgency of the movement. ‘It’s not for me, in the diaspora, to say what change people want…but I have an awareness of how privileged I am and feel I have a responsibility to share what I’m being sent…’ 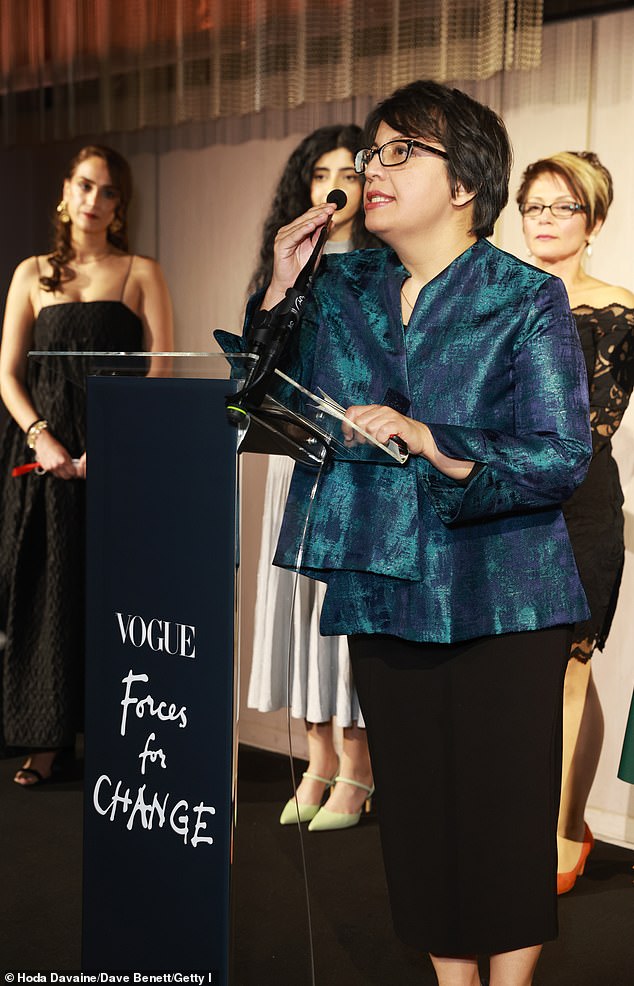 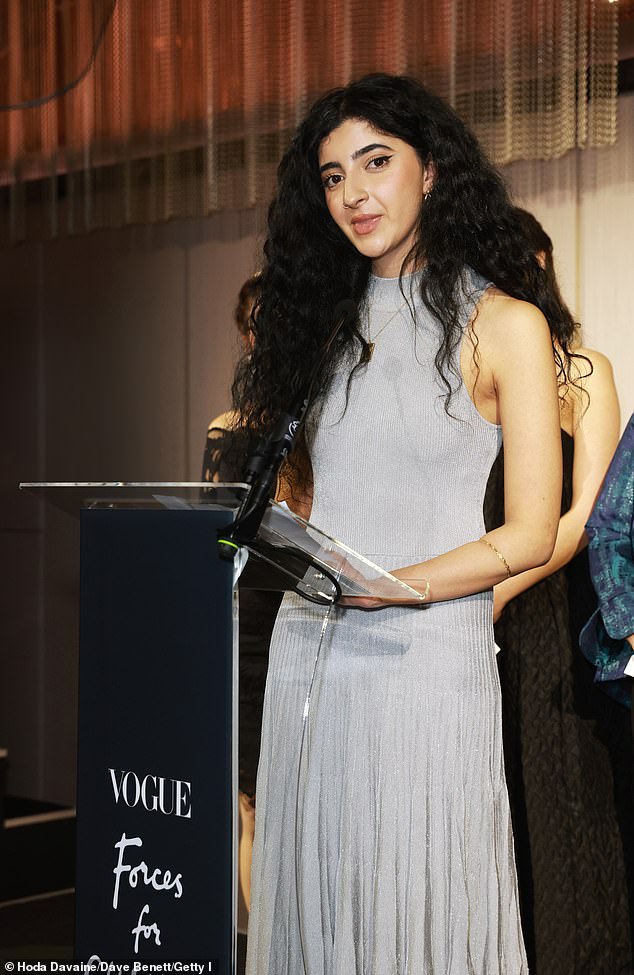 Hair cutting became a powerful protesting tactic for many women around the world after, in September, Iranian women defiantly filmed themselves cutting off their hair and burning their hijabs in solidarity with 22-year-old Mahsa, who was killed for wearing ‘unsuitable attire’.