Iranian refugee who injected his genitals with palm oil in a bid to enlarge his penis has cost taxpayers $230,000 as he waits for treatment in Australia

An Iranian refugee who was moved to Australia to treat a botched penis enlargement has cost taxpayers $230,000.

The man, aged in this 30s, was moved to a Queensland detention centre from Port Moresby, in Papua New Guinea, in mid-October under the now-repealed Medevac laws.

He reportedly injected himself with palm oil in an attempt to make his penis bigger but soon experienced discomfort, swelling and limited function.

Although the man has yet to receive treatment, accommodation and care expenses have cost the taxpayer about $230,000, sources told the Courier Mail.

An Iranian refugee who was transferred to Australia to undergo medical treatment for his botched penis enlargement attempt has cost taxpayers around $230,000

The estimate does not include the cost of transferring him to Australia and is expected to increase further as the man is not considered a priority for medical treatment.

Genital reconstructive surgery can cost up to $10,000.

Under Labor’s Medevac laws, 184 refugees were transferred to Australia for medical treatment until they were repealed in December.

The legislation was designed to allow sick refugees to receive better health treatment in Australia. 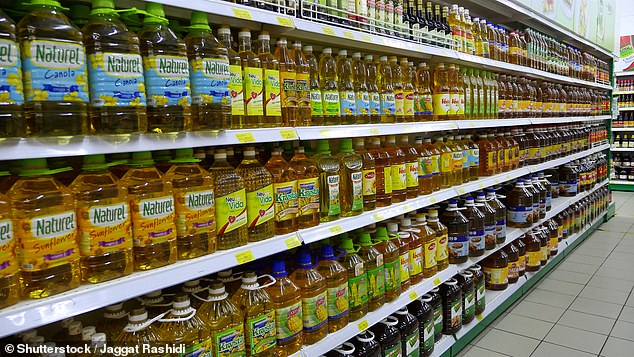 The refugee reportedly injected himself with palm oil in an attempt to make his penis bigger but soon experienced discomfort, swelling and limited function

A spokesperson from the Department of Home Affairs told the Courier Mail they would not comment any individual case.

‘Transitory persons brought to Australia under the previous Medevac laws continue to be managed consistent with Australia’s immigration detention policies and continue to have ongoing access to medical professionals and specialists,’ they said.

The man’s transfer to Australia last year was heavily criticised after it was revealed he had racked up 50 notable incidents  since he was first detained in PNG in 2013.

According to The Australian the man was arrested for throwing boiling water on a security guard and punched another when the staff member confiscated his pornography. 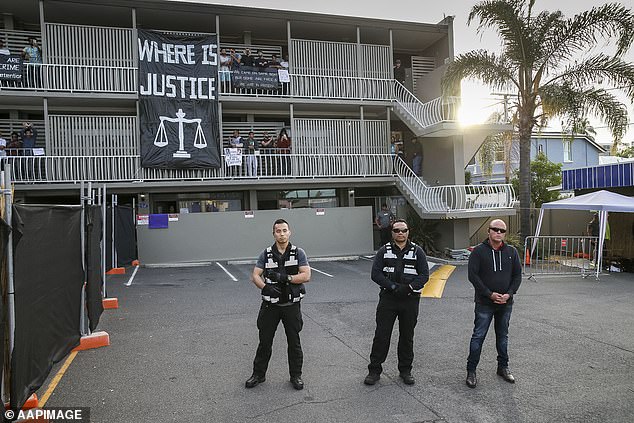 Protesters are planning another rally at Kangaroo Point Detention Facility this weekend after up to 1,000 made an appearance outside the converted hotel last week

It comes as refugee advocates prepare another protest at the Kangaroo Point Detention Facility known as the ‘asylum seeker hotel’.

Last week up to a 1,000 protesters gathered at the facility but Acting Immigration Minister Alan Tudge has slammed the planned second gathering.

‘We’ve kept detainees safe from coronavirus, but now we have protesters jumping on vehicles, crowding around the facility, interfering with deliveries and encouraging detainees to breach social distancing. It’s a recipe for disaster,’ he said.