Iranian schoolgirls are removing their headscarves, showing regime leaders the finger and chanting ‘death to the dictator’ – while female celebrities and politicians cut their hair off to support the uprising.

The protests were sparked by the death of Mahsa Amini, 22, who was pronounced dead days after Tehran’s notorious morality police detained the Iranian Kurd last month for allegedly breaching the Islamic republic’s strict dress code for women.

Anger flared at her funeral and spread to become the biggest wave of protests to rock Iran in almost three years, despite the backlash by the security forces that has killed scores and seen hundreds arrested.

This powerful image shows schoolgirls raising their middle fingers at a portrait of Iran’s leaders in a classroom. Some of the girls are shown to have removed their headscarves and are holding them above their heads while they make the gesture, their long hair draped down their backs 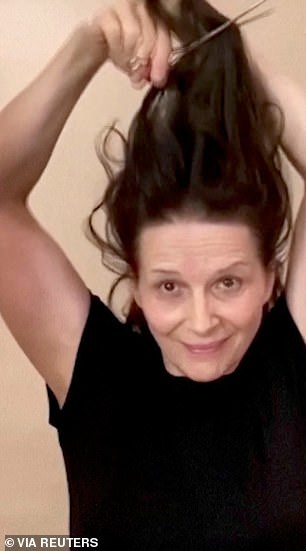 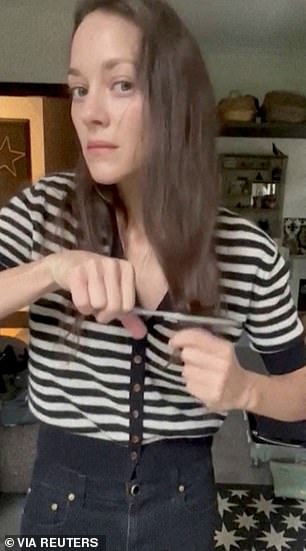 Oscar-winning actors Marion Cotillard (right) and Juliette Binoche (left), as well as other French stars of screen and music, filmed themselves chopping off locks of their hair in a video posted Wednesday in support of protesters in Iran 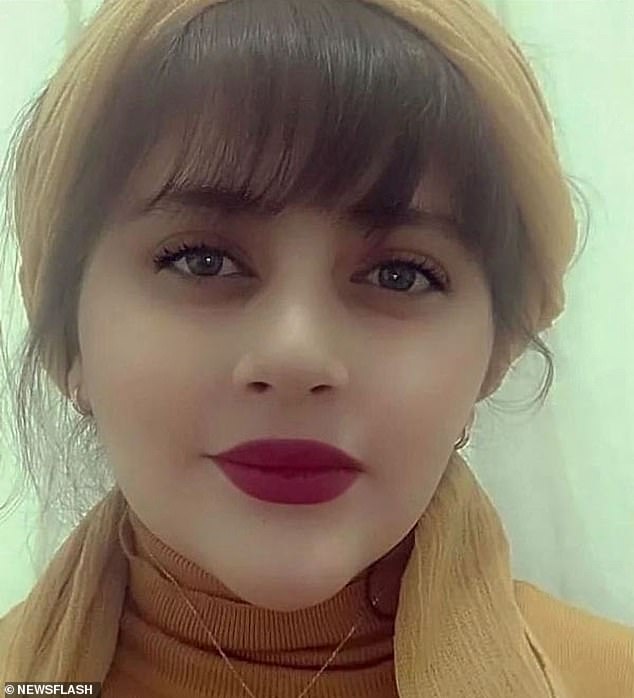 The protests were sparked by an arrest carried out by the morality police that resulted in the death of a young woman while she was in custody. Mahsa Amini (pictured), 22, was pronounced dead days after Tehran’s notorious police force detained the Iranian Kurd last month for allegedly breaching the Islamic republic’s strict dress code for women

Despite the brutal crackdown, footage emerging from across the country shows schoolgirls have bravely come to the fore in the protests, fighting for their rights in the patriarchal country.

One powerful image shows a group of schoolgirls raising their middle fingers at a portrait of Iran’s leaders in a classroom.

Some of the girls are shown to have removed their headscarves and are holding them above their heads while they make the gesture – with their long hair draped down their backs.

Meanwhile, Oscar-winning actresses Marion Cotillard and Juliette Binoche and other stars including the UK’s Charlotte Rampling, Charlotte Gainsbourg and singer Jane Birkin have filmed themselves cutting off locks of their hair in support of protesters.

Their video was released on Instagram and hash-tagged HairForFreedom.

Protests in Iran and other countries including Turkey, Lebanon and France have seen women cutting off their hair in a show of solidarity.

‘For Freedom,’ said Binoche as she snipped off a huge handful of her auburn hair and held it up to the camera. Binoche was joined by other French A-list actresses and singers including Cotillard and Isabelle Adjani in cutting their hair, with a Farsi rendition of Italian protest song ‘Bella ciao’ behind the video montage.

Gainsbourg was filmed cutting the hair of her mother, Birkin.

‘Mahsa Amini was abused by the morality police until death followed. All she stood accused of was wearing her veil in an inappropriate manner. She died for having a few locks of her hair exposed,’ read a text on the Instagram video posted by soutienfemmesiran (Support for Women of Iran).

A post on the video read: ‘These women, these men are asking for our support. Their courage and their dignity obliges us. We have decided to respond to the appeal made to us by cutting – us too – some of these locks.’

Swedish lawmaker Abir Al-Sahlani joined the actresses in cutting her hair as she delivered a speech during an European Union debate on Iran on Tuesday.

In another video from Iran, a group of bare-headed girls are seen chanting ‘Death to the dictator,’ in reference to supreme leader Ayatollah Ali Khamenei as they force a man, reportedly the principal, out of a school in Karaj, west of Tehran on Monday. 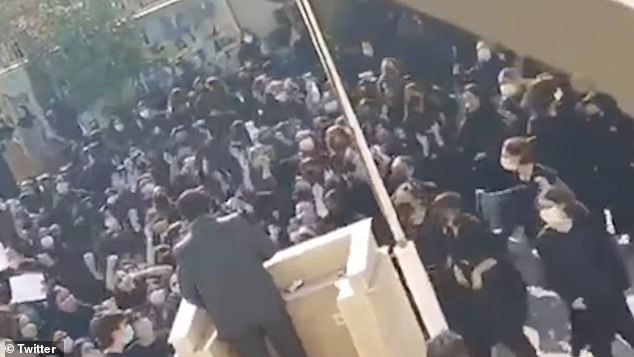 A boisterous group of girls are seen in a video yelling ‘Get lost, Basiji’, in reference to the paramilitary force, at a man standing at a podium in the southern city of Shiraz 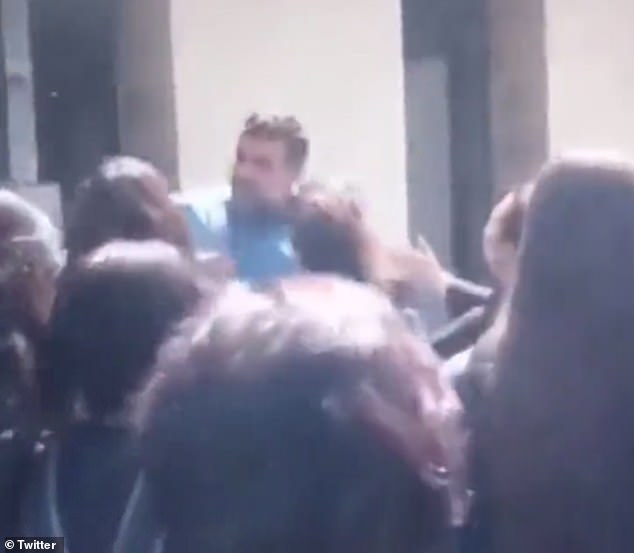 In another video from Iran, a group of bare-headed girls are seen chanting ‘Death to the dictator,’ in reference to supreme leader Ayatollah Ali Khamenei as they force a man, reportedly the principal, out of a school in Karaj, west of Tehran on Monday

Another group of girls is seen chanting ‘Woman, life, freedom’, as they march down a street of the Karaj neighbourhood of Gohardasht.

‘These are really extraordinary scenes. If these protests are going to achieve anything, it will be because of the schoolgirls,’ Esfandyar Batmanghelidj of the Bourse & Bazaar news and analysis website tweeted in response.

Schoolgirls are also seen emptying classrooms and appearing at flash-mob protests to avoid detection, in other footage shared online.

A boisterous group of girls are seen yelling ‘Get lost, Basiji’, in reference to the paramilitary force, at a man standing at a podium in the southern city of Shiraz, in a video shared by the 1500tasvir social media channel. 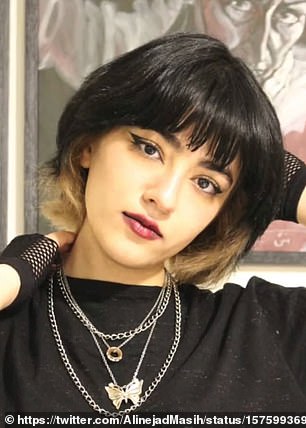 Nika Shakarami, 16, was protesting in the Iranian capital when she was set upon by security forces

The girls can also be seen raising their headscarves above their heads as the chant.

Protests across the country following the death of Amini have led to brutal crackdowns. With information from the country hard to come by as Iran cracks down on the internet, figures of how many people have been killed so far vary.

At least 92 protesters have been killed so far in the unrest, according to Oslo-based group Iran Human Rights (IHR). Amnesty International has confirmed 53 deaths, while Fars news agency put the death toll at ‘around 60’ last week.

The National Council of Resistance of Iran puts the figure higher – saying at least 400 people have been killed, and 20,000 more have been arrested.

One horrific killing – the BBC reported this week – saw the body of a 16-year-old protester secretly buried far away from her home after she disappeared for ten days.

In a final text message to her friends, Nika Shakrami said she was being followed by security forces. Her relatives told the British broadcaster when they went to view her body, they were only briefly shown her face – raising suspicions she was murdered.

Relatives said security forces then ‘stole’ her body and buried it far away.

Iran’s judiciary says it has opened an investigation into the death of Shakrami. 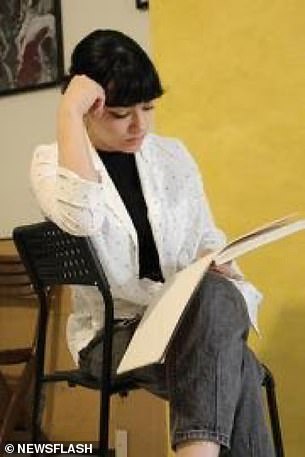 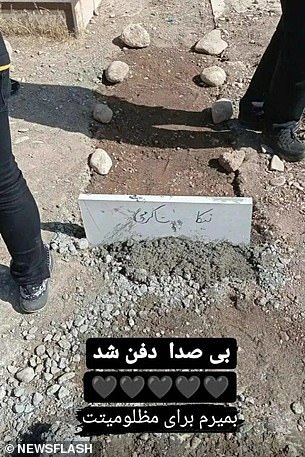 Nika Shakarami, 16, first went missing after she took part in a demonstration in Tehran on September 20, having told her friend she was being pursued by security forces. Her body was eventually returned to her father’s hometown but was allegedly stolen and buried 25 miles away (grave pictured in social media post)

On Tuesday, the European Union said it was weighing tough new sanctions on Iran over a lethal crackdown on protests sparked by the ‘killing’ of Amini, after a similar move by the United States.

EU foreign policy chief Josep Borrell said the bloc was considering ‘all the options at our disposal, including restrictive measures, to address the killing of Mahsa Amini and the way Iranian security forces have been responding to the demonstrations’. 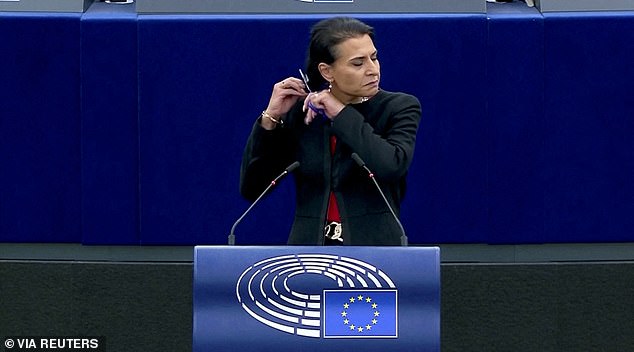 Swedish lawmaker Abir Al-Sahlani cuts her hair as she delivers a speech during EU debate on Iran protests at the European Parliament in Strasbourg, France October 4

It came after President Joe Biden said the United States would impose ‘further costs’ this week on ‘perpetrators of violence against peaceful protesters’ in Iran.

Rights groups voiced deep concern after Iranian riot police used tear gas and paintball guns against hundreds of students at Tehran’s Sharif University of Technology on Sunday night, with video footage showing detainees being taken away with fabric hoods over their heads.

In his first public comments on Amini’s death, supreme leader Ayatollah Ali Khamenei had on Monday accused Iran’s arch foes the United States and Israel of fomenting the protests.

The riots ‘were engineered by America and the occupying, false Zionist regime, as well as their paid agents, with the help of some traitorous Iranians abroad’, Khamenei said. 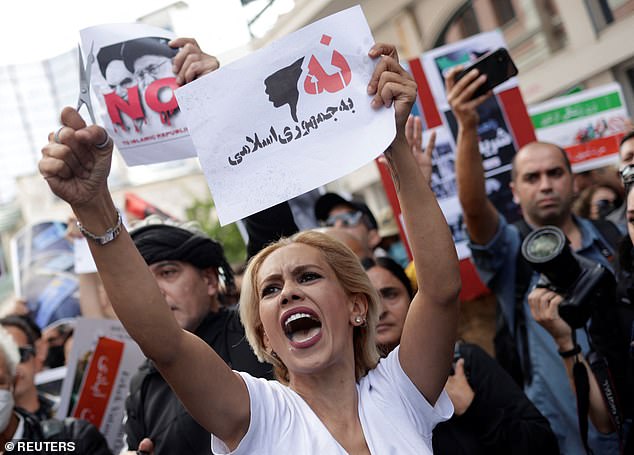 An Iranian woman living in Turkey shouts after she cut her hair during a protest following the death of Mahsa Amini, near the Iranian consulate in Istanbul, Turkey October 4, 2022 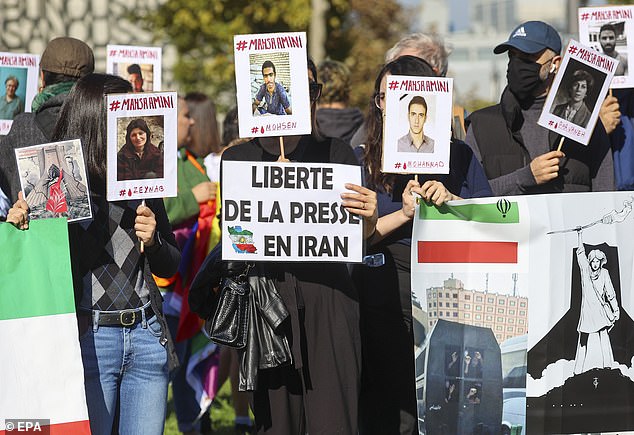 People hold placards during a demonstration in solidarity with the Iranian people near the European Parliament in Strasbourg, France, 04 October 2022 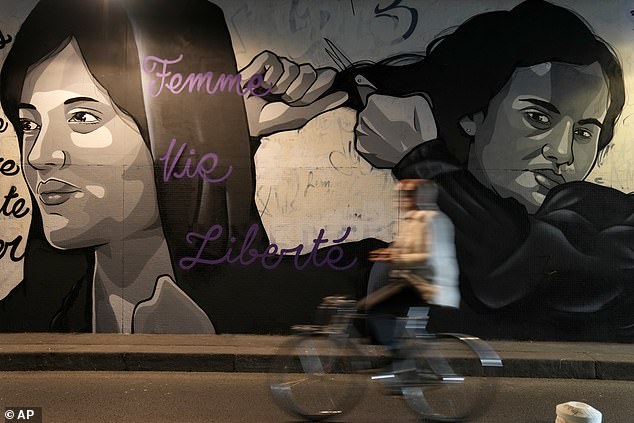 A man rides bicycle front of a mural signed by Clacks-one and Heartcraft_Street art, depicting women cutting their hair to show support for Iranian protesters standing up to their leadership over the death of a young woman in police custody, in a tunnel in Paris, France, Wednesday

The unrest has overshadowed diplomatic efforts to revive a 2015 nuclear deal between Iran and major powers which had come close to a breakthrough in recent months before stalling again.

But the White House said the ‘problems with Iran’s behaviour’ are separate from efforts to revive the nuclear deal, which it would pursue as long as it is in US national security interests.

Borrell’s announcement that the EU was considering sanctions came after France said it was pushing the bloc to ‘target senior officials’ with punitive measures, including ‘freezing their assets and their right to travel’.

Iran has repeatedly accused outside forces of stoking the protests and last week said nine foreign nationals – including from France, Germany, Italy, the Netherlands and Poland – had been arrested.