Denmark’s security service said on Tuesday that an Iranian intelligence service is suspected in an attempted attack on an individual in Denmark.

The head of the Danish security service Finn Borch Andersen told a press conference that the attack had meant to kill the leader of the Danish branch of the Arab Struggle Movement for the Liberation of Ahwaz (ASMLA), an Iranian opposition group.

Officers had arrested a Norwegian citizen with Iranian background on October 21, he added.

Norwegian police have confirmed they are assisting the Danish Police in its inquiries.

Oresund Bridge, near Copenhagen, was closed due to a police operation in Denmark September 28, 2018, which they today said was linked to the investigation into an Iranian intelligence operation to kill an opposition leader in Denmark

The head of the Danish security service said that a massive police operation in eastern Denmark last month was part of attempts to thwart the Iranian intelligence operation.

Andersen said Tuesday police were searching for a stolen Swedish-registered car on September 28 when they briefly cut off the island where Copenhagen sits from the rest of the country and closed the borders with Germany and Sweden. They later found it had no connection with the case.

After a terror attack in Iran on September 22 left at least 25 people dead, Tehran summoned Denmark’s ambassador and accused the Danish government of harboring ‘members of the terrorist group’ believed to be behind the attack. 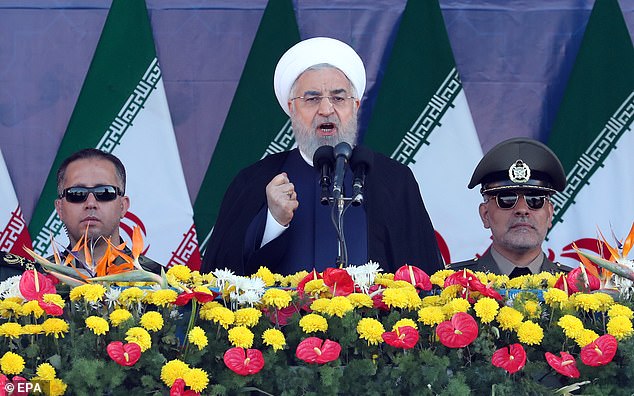 Iranian President Hassan Rouhani (C) delivering a speech on the day gunmen opened fire killing 25 civilians, and injuring dozens during an Iranian military parade in the south-western city of Ahvaz 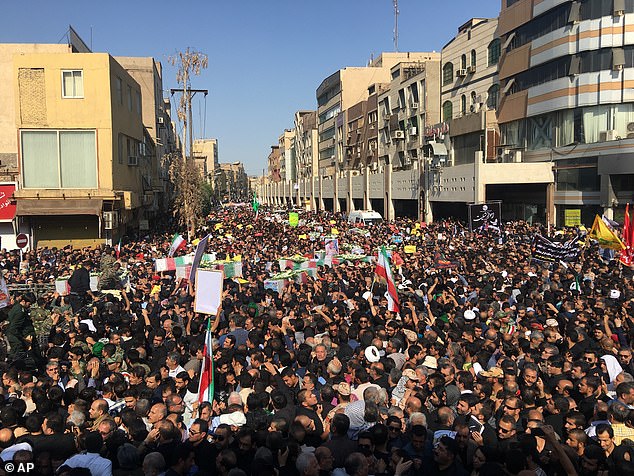